It Was Supposed To Be The Year of 2020 Vision

December 31, 2019- everyone (including me) was so excited for a new year AND a new decade. We were filled with such hope as we looked forward to a brand new year and decade. Considering the fact that 20/20 is synonymous with clarity and clear vision, this year was supposed to be THE YEAR of 2020 vision but it became exactly the opposite. Or did it?

When the United States locked down in mid-March due to the coronavirus outbreak, I didn't think that 6 months later, things would still be like this. I honestly thought it would be better by now. But it isn't. Regardless of where your political stance is- I'm sure we can all agree that we don't like what's happening in our country right now.

I could go on about how horrible this year has been but each of us has a story to tell. Each of us has missed out on things- some more than others. And you know what, it's perfectly ok to mourn the things we have lost this year regardless of how minute they may seem to someone else. 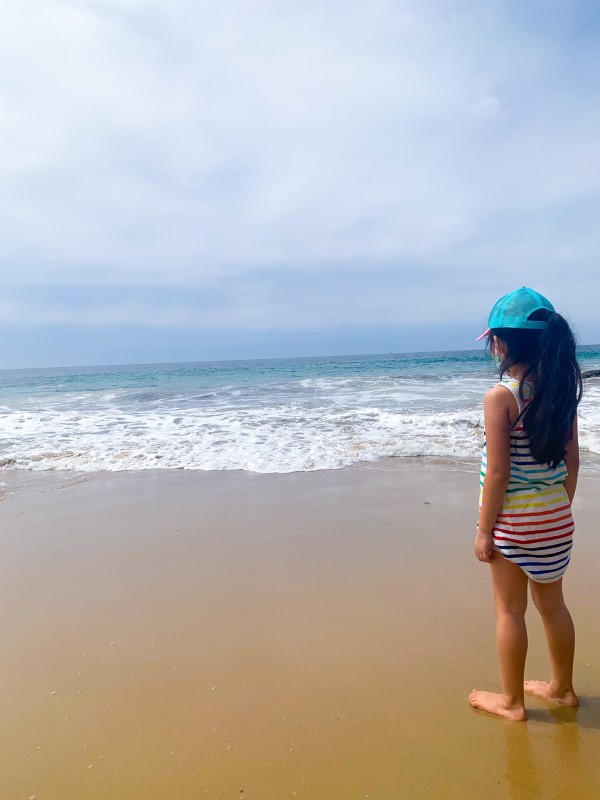 Some losses may be extremely devastating while others might seem trivial. But loss is loss and I won't judge someone because they are sad about a cancelled concert vs someone losing a job. Because the sense of loss is real to pretty much everyone this year.

But this post isn't about counting all the losses and mourning them. I think if left to our own devices, we can mourn and wallow in our losses. But that isn't a healthy place to stay. I think it's important to grieve your losses but you also have to keep living your life and move forward. And that's what I would love to share with you guys today- to have PERSPECTIVE.

This might be a bad analogy but stick with me. Just like love and hate are two sides of one coin- think of 2020 this way- on one side are all the sh#$!@% things that have happened and lost but on the other, are all the things we have GAINED. You might think I'm crazy but hear me out. This year may actually be the year of 2020 vision but not in the way we thought!

So many friends have lost their jobs or are furloughed due to businesses being closed during the pandemic. The unemployment rate from April to July of this year was between 14.7 - 10.2%! Small businesses have been impacted in such a deep way as well as entrepreneurs. 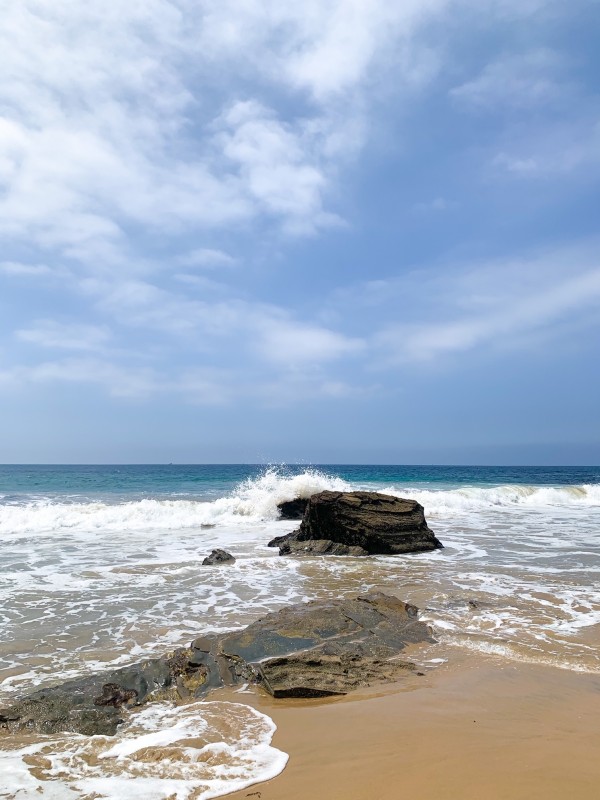 But some businesses went virtual and many people were able to work from home. I've also seen many friends try out something new or hustle like they never hustled before. They've had to pivot and adapt. For those who started working from home, they realized that many meetings could be done via Zoom or through emails.

Back in March when schools closed, distance learning was- for lack of a better word- a shit show. No one knew what they were doing. As a homeschooler, it didn't impact me as much but I saw so many friends struggle to balance work, school, and life. Many of my teacher friends struggled with learning how to teach through Zoom and keeping a class engaged virtually. When I used to teach, I had the summer to prep for a school year but teachers, administrators, and schools were literally thrown into a fire pit.

Now that it's back to school season, it seems like schools have a plan. Teachers have a plan. Parents and families have a plan and are making choices that are right for their families. The "right choice" is different for everyone based on their comfort level and what state laws and mandates they need to follow. But it seems like things are flowing better than before. Is it ideal? NOPE but it won't be forever.

Starting in March, we all had to stay home a lot more. I'd be lying if I said it was wonderful. It was hard. There were certain things we were used to doing (like going out to eat on the weekends). But we had to stop doing that. During the week, we would go on outings to museums, Disneyland, or playdates but we stopped doing that too. We haven't vacationed or travelled during the pandemic due to the fact that we are not comfortable flying on a plane. 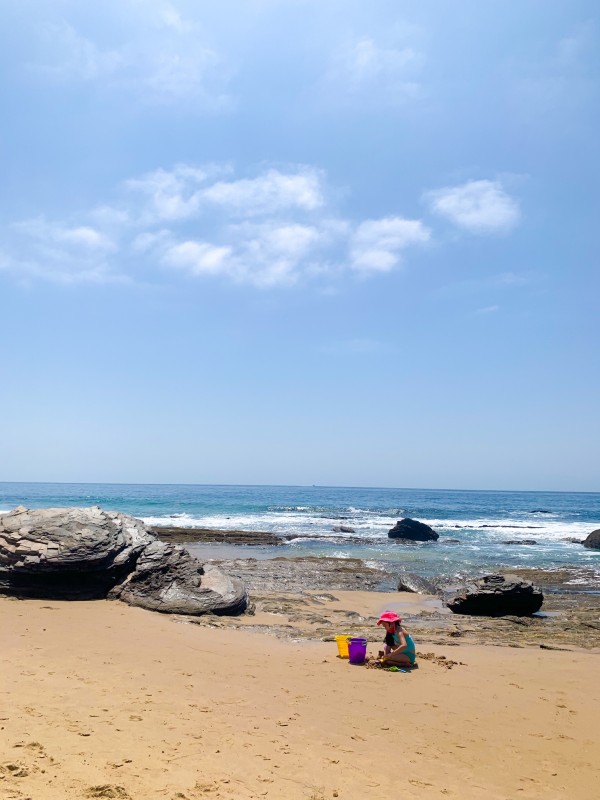 But we have spent more time eating together at home. We tried out new recipes and baked A LOT! We bought things to entertain us at home whether it's a small inflatable pool or board games. We've gotten closer because we had to spend more time together and slow down our lives. If I'm being completely honest, sometimes it's not fun and we miss our friends but we've also made some wonderful memories and realized we can live with a lot LESS.

It seemed like everything in the world came tumbling down. Whether it's protests, riots, shootings, natural disasters- you name it, it happened this year. Murder hornets? Check! Monkeys stealing Covid Samples? Check!

But did you also know that the Earth itself physically healed in a lot of ways because there were less people traveling? National parks were getting a break because they were closed for a time and even now, there's less foot traffic. Even the waters of the Venice Canals were clear!

Even though it was supposed to be the year of 2020 vision, it might not be the way I thought it was going to be. Looking back on the past 6 months where life as I knew it changed completely, it's made me think about WHAT I REALLY NEED in order to live. There are basic things like a home, food, and family/loved ones. But all the other stuff- was extra.

YES, it's important for you to take care of your mental, spiritual, and physical health. But did I need anything extra in order to take care of those things or do I already have them? I came to the realization that I don't need a whole lot to keep myself entertained. I have wonderful friends and family that love me. The ones that are not really worthy of my time have kind of dropped off my radar which is a blessing in disguise. 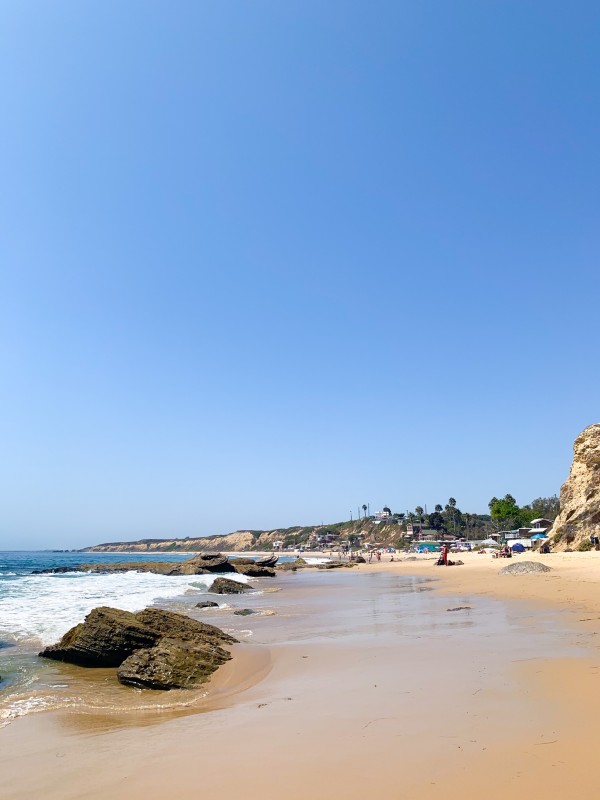 So even though most of the things happening around me in 2020 have been horrible, there's been a lot of good. It has given me clarity as far as what I value in myself, my family and friends. It has shown people's true colors.It has shown me the things that are worth getting upset about and worth fighting for.

Honestly, there were many times in my life where I just complained about trivial things. But during this strange pandemic life, I am grateful for many little things and trying my best to see the positive. Not to be blind to the realities of this world but to be hopeful for the best and to not feed into judgement or negativity. Does that make sense?

Friends, what's your perspective of 2020? Has it been the year of 2020 vision in some capacity or not?