Today I needed the Village: Appreciating a Guardian Angel.

Published by Kimberly Cartwright on August 5, 2018 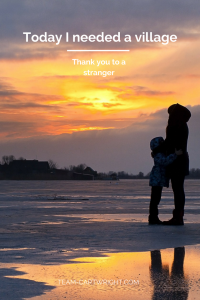 It was a little trip. We had gone to the park, and we were swinging by Target on the way home. We needed all sorts of important things like dino nuggets, bananas, and ice cream. We also needed to order a cake for Pat's birthday. Let's be real though, the whole trip centered around getting ice cream. I have taken Ben, Ali, and Sammy to Target on my own many times. We have it down. I push the girls in the stroller and Ben walks along with us. Today though, I wanted to swing by the restroom before we did our shopping. Ben had been great about leaving the park, and we entered Target without a problem. Ben wasn't happy about heading towards the restroom; it was not the normal path we took. He protested a bit, but I didn't think too much of it. I mean, he's two. He whines sometimes. Then he took off.

I had started to maneuver the girls into the family restroom and looked down to encourage Ben inside. And he was gone. Just like that, he had taken off and was racing down the store. Ben has taken off in the past. He had a big running away phase, but that was months ago and he seemed to be over it. This was the first time he had really taken off in a store and gotten such a lead on me. I started for him, but grabbed the stroller to bring the girls with me. I mean, I couldn't just leave them behind. I don't know about other double strollers, but ours doesn't exactly turn on a dime. Add to that I was trying to hurry and it just wouldn't move. I was calling after Ben, but he had turned and run deeper into the store. Fortunately for me another mother was standing nearby and told me "Go, I'll stand with them." She had four girls with her, all looking under 10. I took the chance and tore off after Ben. I was able to grab him and sprint back to the girls, who were glowing under the attention of this mother and the girls with her. I thanked her profusely. She gave me a knowing smile and was off with her crew.

I don't know that woman. I had never seen her before, and probably will never see her again, but I am so thankful she was there. I would normally never leave the girls with someone I don't know. I was stuck though. I am glad Ben turned to run into the store, but who knows what sort of trouble he would get into. He could have gotten hurt. He could have destroyed merchandise we would then have to pay for. And what about the girls? They could have been taken or somehow hurt while I ran off after Ben. This is where it is so hard because there are three of them, and only one of me. I needed this woman to step in and help out for a minute. Because of her I could get Ben back in less than 60 seconds. She got it. She stood by the girls so they weren't alone, but didn't touch them or move the stroller. Once I was back she was gone, not needing an explanation or anything more than a heartfelt thank you.

Could I have taken the girls and gotten Ben back by myself? Probably, but not as efficiently or safely. It was my fault that Ben took off. I wasn't watching him closely enough. True, I had good reason. It's hard to open a door, move a stroller, and corral a two year old at the same time. That's no excuse though. I should have been watching him more closely, but the fact is he got away from me. And because of another caring mother, nothing bad happened. I am so lucky and grateful.

Sometimes we need to let others lend a hand. Sometimes we need the village to help when we drop the ball. Today I needed that, and I am lucky someone was willing and able to step up. I hope other mothers don't find themselves in my situation, but knowing toddlers they will. I hope if I am there I can be that other mother who steps in and says "Go, I'll stand with them." We need each other out there.

Thank you, stranger at Target. All three of my babies are home safe tonight.

Kim is the mother of 3- a 4-year-old son and two-year-old daughters. She blogs at Team-Cartwright.com about simple STEM activities with kids, life with twins plus one, and practical parenting. You can follow her on Instagram and Facebook. Her motto is you don't need to know all the answers, you just need to be willing to wonder. 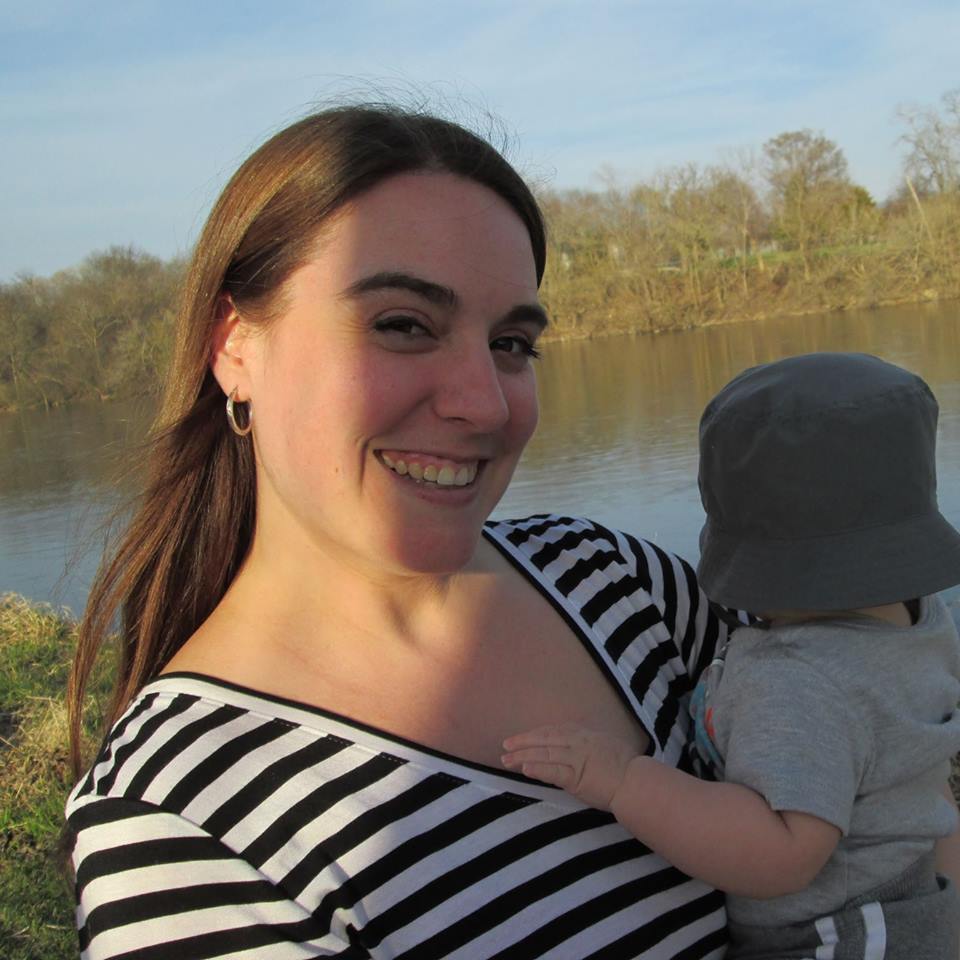 Easy STEM activities for littles, life with twins plus one, and practical parenting. Teaching kids to be willing to wonder.

Finding the Village Along the Way
To the mom crying in the store, we are with you
You're Going to be Part of Mine
advertisement

Finding the Village Along the Way
To the mom crying in the store, we are with you
You're Going to be Part of Mine