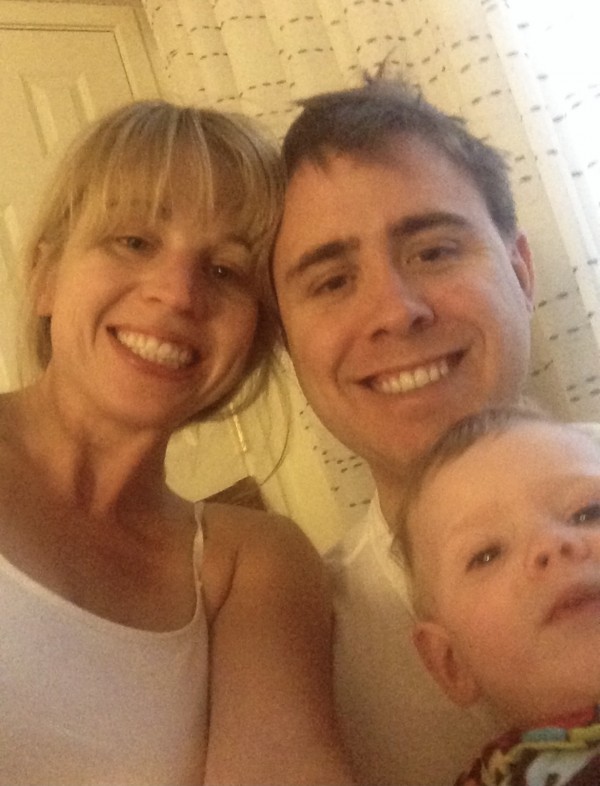 In an article for Time Magazine following the death of Robin Williams, Jim Nortan wrote, "The funniest people I know seem to be the ones surrounded by darkness. And that's probably why they're the funniest. The deeper the pit, the more humor you need to dig yourself out of it."

Shortly after June turned one, she was weaning off an aggressive treatment for infantile spasms, ACTH. We had just learned from the neurologist that, "overall, there is no difference in June's EEG from when she started treatment." I was heartbroken, tired, and defeated. It was now the third drug June had tried and failed and one of our last viable options. Then, just when we thought things couldn't get worse, June started having kidney problems, too; it was the fourth unexplained medical issue she had in a year. We were in a dark and hopeless pit. There was nothing anyone could do to help us, or so I thought. That's where Seinfeld comes in. Yes, that's right, the Jerry Seinfeld.

I don't remember the exact details of how, but Matt got us two tickets to see Seinfeld when he came to The Fox Theatre in St. Louis, MO, on May 18, 2013. It was last minute, and I think Matt got them through his law firm or a friend gifted them to us. The point is the tickets kind of fell in our lap, which always makes me feel like the universe is working its magic.

Matt and I had seats up high on the mezzanine level of the theatre, so we were looking down on the stage. Everyone around us was whispering to the person they were with, and you could hear the loud murmur of all of the collective conversations. "I am so glad we got these tickets…laughter is the best medicine," I said to Matt. I was looking forward to something for the first time in a long while. Excitement - it was a refreshing feeling to have again.

When Jerry Seinfeld walked out onto the stage, everyone stopped their side chats and rose to their feet, clapping and cheering. Already I felt a little better. When was the last time I had clapped and cheered about anything? I doubled down, "Yeah!!!" I hollered, clapping and smiling even bigger. "This is going to be so good!" I said to Matt as we sat back down, and he agreed. The show began.

I don't remember anything about Jerry Seinfeld's act. I couldn't tell you a single joke, but I remember laughing so hard that I cried. And for the first time in over a year, they were tears of joy rather than ones of despair. I can recall Matt and I turned to look at one another, both with huge smiles on our faces, laughing in unison, which made me smile even more. In fact, that night, my cheeks hurt from smiling so much. Maybe I was out of practice? For that hour or so, we escaped our stark reality, and the way I felt that evening is something I'll never forget.

Seinfeld's ability to observe our collective realities and poke fun at the absurdity of it all is brilliant. Even though I don't remember the exact jokes, his act reminded me to find humor in everyday life, even something as devastating as June's undiagnosed neurological disorder. It gave us permission to lighten up a bit. Not that June's health was funny or ever would be, but there were some pretty unquestionable absurdities. I mean, the number of times we had to give June's health history to the same doctors and nurses in one appointment…. the ridiculousness of insurance coverage…the annoying way we had to answer silly questions during IFSP meetings; such as, "Describe your child's problem-solving skills." Uh, come again?! Was June supposed to be solving world peace? All of these things are incredibly frustrating, but laughing at them helps take the edge off.

After this, Matt and I started joking with each other about something June's vision therapist used to say to her. She'd always say to June— very lovingly, "Good looking!" if June gazed toward an object or "Good touching!" if she touched something purposefully. So we began saying that to one another about insignificant things, "good listening!" or "good cleaning!" If June had a bowel movement, we'd say, "good pooping, June!" We found it hilarious. I don't know if anyone else would, but it was something that cracked us up.

We found our night out seeing Seinfeld so beneficial that Matt and I began frequenting a local comedy club, The Funny Bone, on our "date nights." Then, when we moved to Colorado, we made sure to get in a show once a month as a reminder to laugh and bring lightness to our life. It was a way to bring ease in all of the chaos.

There are things in life we can't fix. We've all known someone who is sick, dying, or a family that is breaking apart. We'll probably experience all of these things multiple times throughout our lives with people we love. In one way or another, we will all feel great heartache. Some of us learn this truth at a very early age….and some don't experience profound tragedy until later on. But none of us are getting out alive. And that can feel incredibly dark and hopeless.

I read recently that a high number of comedians have mental health issues - no one knows the exact percentage, but it's a pretty well-known assumption. The author who pointed this out commented how he was surprised by that fact. I wasn't. Especially after experiencing that night with Matt watching Seinfeld and how it helped me cope caring for June. I think these comedians who have known struggle learned laughter is the way through, and they are sharing their gifts with the rest of us. Laughter isn't going to cure us, and it certainly won't save us. If it's medicine, it's not an ACTH kind of medicine. It isn't going to stop the spasms, cure our daughter and make everything okay. Some things are unfixable, and it sucks. There is no better way to say it besides maybe adding an expletive to it.

If laughter is a medicine, I think it's more like the morphine of medications. We gave June morphine the last few days of her life, and it kind of reminds me of that when it comes to helping people through difficult times. It's here to help alleviate pain, make us comfortable and help us cope with the unknowns. It's a comfort care approach, and it may not be what we want, but sometimes it is what we need, and it's one thing we can do in a terrible situation.

Inspired by the relief Matt and I experienced through comedy, the June Jessee Memorial Foundation is hosting its first ever Evening of Joy featuring local St. Louis comedian Tim Convy on December 8, 2021. Click here for more details.