Tully Gives Us An Unfiltered Look At Motherhood and Postpartum Challenges

As an actress I can't tell you how many times I've seen or played moms on screen who are almost caricatures of motherhood. The frantic mom who can't seem to get her kids out the door and off to school without yelling or stubbing a toe are some of the worst offenders. Or the mom who just needs to let loose and party with friends because life is so stressful. We always seem to need a boozy night out because we can't handle the motherhood, amiright ladies? 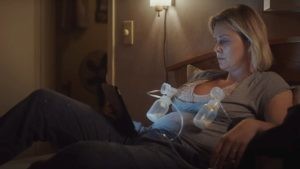 But seriously most moms, at least in my experience, aren't anything like what we see on the big screen. Until Tully. Diablo Cody has masterfully created a full 3 dimensional view of motherhood that's hard to look at and heartbreakingly realistic. It's hard because it feels so real. 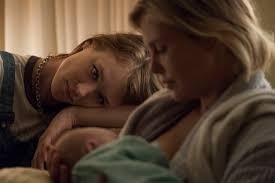 Tully tells the story of a mom of three, Marlo, played by Charlize Theron. She is gifted a night nurse named Tully by her brother played by Mark Duplass. After some resistance to the idea, Marlo calls Tully for help with her newborn when things feel insurmountable. 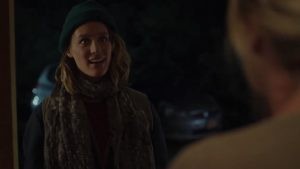 Almost instantly Tully puts her at ease and life gets brighter again. But that's not all. I won't give away the brilliant story Diablo Cody has crafted because I really think everyone should see it for themselves. 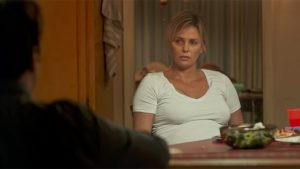 This was such a visceral movie for me. It felt very real and raw in some parts, like only someone with experience in motherhood could write. I had a chance to talk with Cody at the premiere and she tells me she wrote the film during a very challenging and dark time in her own life. She's a mom of 2 and I'm sure has had her fair share of mom meltdowns. But this movie goes beyond the frantic mom moments and meltdowns. It never outright uses the words postpartum depression, but you can pick up on the signs while you watch Marlo struggle to get through the day. Theron masterfully plays the balance between a tired mother of 3 and someone who wants to be the best she can be for her kids. 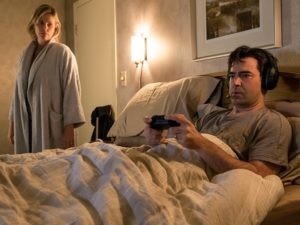 This is Cody's third film with director Jason Reitman and her second with Theron. You can tell this team is comfortable together because from the words on the page to the emotion on screen, they aren't afraid to go there. This movie made me uncomfortable in some parts, and yes, cry in others. Being a mom isn't easy but it certainly isn't a wackadoo shit show either. It's nice to see a realistic version of what millions of moms go through on a daily basis amazingly, without stubbing their toes. 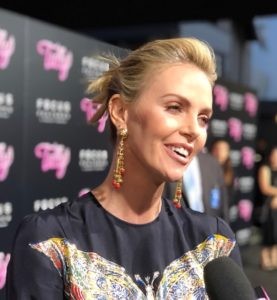 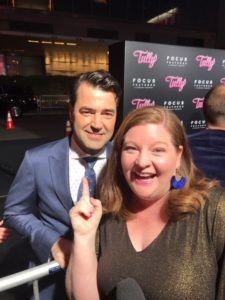 You can watch my red carpet interviews with Diablo Cody, Jason Reitman, and Ron Livingston on my YouTube channel. Make sure you subscribe so you don't miss future interviews with the awesome people who get to meet me! 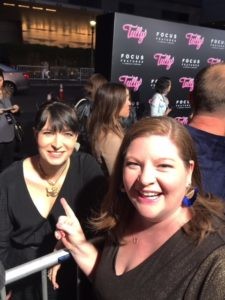 Okie native living in La La Land pursing my TV dreams. Had a baby girl on the way to stardom and now I blend my signature sense of humor with a dose of real talk about motherhood in Hollywood on a weekly podcast and website. From red carpets to diaper rashes, I cover it all with humor and a bit of sass.

3 things I love about the movie "Tully"
To the moms fighting all the battles no one sees
Mamas: It's okay to blink
advertisement

3 things I love about the movie "Tully"
To the moms fighting all the battles no one sees
Mamas: It's okay to blink