TOP FOUR MINUTE TO WIN IT GAMES FOR KIDS 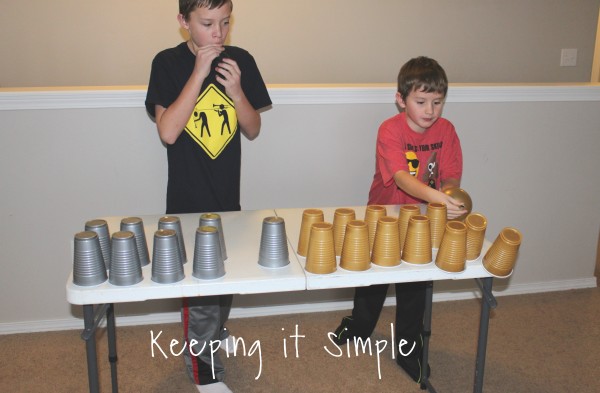 Kids love parties mainly because they seem to enjoy the games played. Or maybe because they want to have fun while eating their favorite snacks. Munching on delish food items and slurping drinks has played a role in carrying out a successful party. Therefore, hosts try to add all that is possible to make them happy.

Certain elements are still taken into consideration while planning a party. First thing first, it is about the age group. Games for a five-year-old are mostly not liked by a teenager or even a ten-year-old. Likewise, we can’t seem to add games which are meant for adults in kids parties.

Secondly, games need to have certain items – all you may require to play a game. The best game, however, is with the least list of things you need for its execution. More items mean that you have to prepare for a messier after-party scene.

So, what we have prepared here in this article is a list of five minutes to win it games for kids that don’t require a lot. Let’s start off with cookie face and then hop onto other games which are related to stacking, sucking, and scooping.

It is fun to know people at parties. And in fact, one of the finest ways to interact with other kids is through playing such games. Cookie Face is one of such games which can be played at the start of the party. The magic or in other words aim of this game is to get kids familiar with each other.

You can design Cookie Face in several ways or versions. Here in this article, we are mentioning two of them. The first one is to allow everyone to plays at the same time. The second version is by breaking the very same game into several rounds and segments.

How to play this game?

This game sounds fun but quite difficult as well. There is no doubt about the strength of facial expressions. But what we know is it is really tough to win the game as kids are not allowed to use their hands. By the way, when we talk about variations, you can do a lot with the same game.

For example; making teams and adding points could be done. A whole new level can be introduced too – where kids’ hands are tied. Honestly speaking, tying hands of a five-year-old would not be recommended and is advised for little grown-up kids.

Scooping is the second game which can bring a lot of fun at a kid’s party. Scooping It Up is good for eye and hand coordination and is preferred for children under ten-year-olds. Again, like the previous game, this one can also be played in various forms – depending upon ages.

Rules are included to make it more interesting. One of many could be to not use hands under any circumstance. In case of dropping ball from the spoon, you are not allowed to put it back on the spoon. Differences can be brought into the game by adding different items like boiled eggs or/and lemons. Also, you can make teams make it look more happening.

Sucking from straw is the main charm of this game. We can endorse this game for children between 5 and 12-year-olds. Again, like any other game, this one can also have different ways.

Teaming and scoring can be added as a variation to this game. Adding a set of rules according to the age group can bring more fun. For example; tying left and a right of two children and making them run together and do the entire process could be best for ten-year-olds. However, the same rule cannot be advised for below ten-year-olds.

Stacking coins is not as easy as it may sound. Reason being you have to maintain balance and also have to have an idea as to how it could tower up. There are some customized rules to play this game. One of the main rules is to stack coins with the help of one hand and not both. Moreover, this game can create more fun when it is played among teams. Each team gets one minute to win it games.

You can bring diversions in the game by making it more complex or easier. The difficulty level, however, depends on the age group of children, their preferences over coins with something else (maybe something more colorful like buttons of same size and design), and ways of evaluating winning point.

25 Minute To Win It Games For Teens – Ton Of Fun, GUARANTEED!
Kids Fun to Enjoy Sport Game
Keep Your Kids Entertained at the Pool by Doing Nothing
advertisement

25 Minute To Win It Games For Teens – Ton Of Fun, GUARANTEED!
Kids Fun to Enjoy Sport Game
Keep Your Kids Entertained at the Pool by Doing Nothing