To the brave fathers who have been on the 'losing team'

To the brave fathers who have been on the losing team of fatherhood:

Who got nothing more than a pat on the back and a “maybe next time” after their defeat, their loss. Who were told to try again, because maybe then they'd win.

The ones who walked off the field broken, hurting. Bodies bruised, hearts bleeding. Who watched the other team march in triumph, their arms full. Their bodies and hearts intact. Their babies alive.

The ones who boldly played the game, fearless, unafraid of what losing would mean. Who moved forward despite the ultimate setback.

The ones who didn't get a high-five or a “congratulations,” but instead were told “I'm so sorry for your loss.” 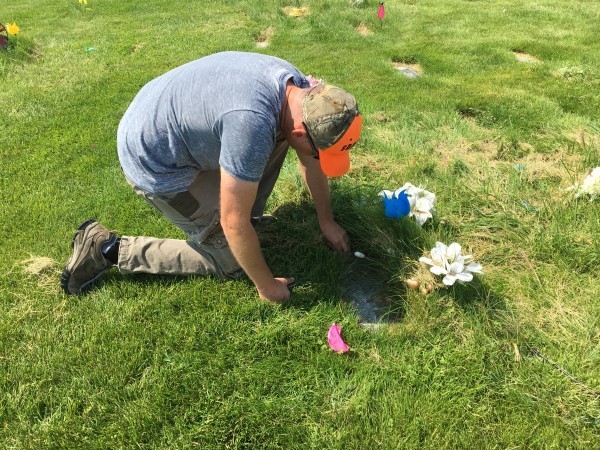 The ones who returned home empty-handed, without a baby to admire. Who could provide no evidence that they'd even played the game. Who could offer no proof of their fatherhood.

The ones who were quickly forgotten after the most devastating event of their lives. Lost somewhere between the visible fathers and the invisible mothers.

To these brave fathers:

How you held us together when we were falling apart. How your carried our hearts through the fog and the muck. How you handled our ravaged souls with the utmost of care.

How you held our hands through the wreckage. How you caught our tears. How you tended to our broken hearts when yours were shattered too.

How you listened to our lament. How you sat with us after the bone-crushing loss of our babies. How you cared for our wounds first, managing our pain before your own.

How you held us while were were in the dark, never trying to escape or make our circumstances seem better than they were.

How you remained quiet, calm. For us. So that we would have room to wail, scream, throw a fit about how unfair it all was.

To the brave fathers who have lost a baby:

We know what you've been through and we thank you for putting us, the mothers of your dead children first. We have forgotten neither your heartache nor your strength. And just like you, we will never forget your babies.

Letters From The Kindergarten Parking Lot
There is a concrete angel in my backyard.
Supporting The Rise Of The Engaged Father
advertisement

Letters From The Kindergarten Parking Lot
There is a concrete angel in my backyard.
Supporting The Rise Of The Engaged Father