This One's for All The Moms Out There

Published by Jillian Thomadsen on May 3, 2020 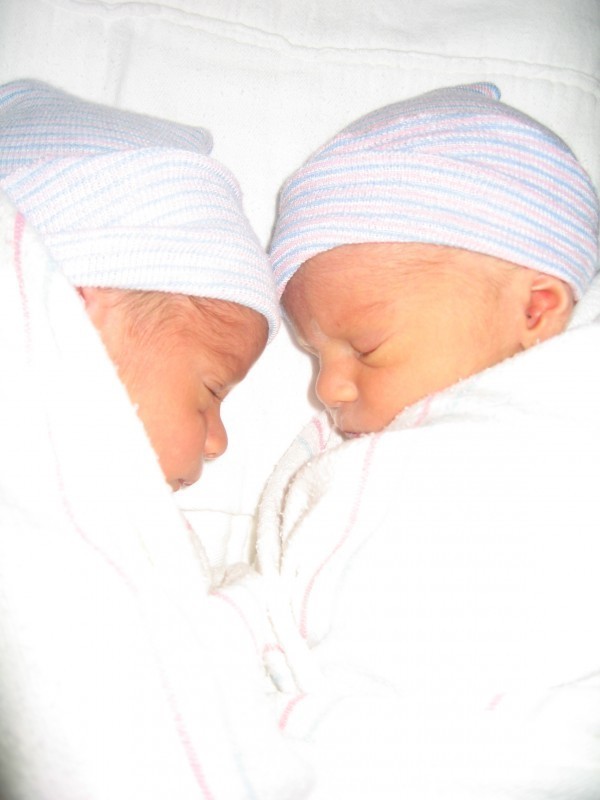 Ever since the first two parallel lines appeared on a pregnancy stick, other moms have been coming through for me. It would be almost impossible to tally up all of the hand-me-downs of clothes, the late night texts assuring me everything was normal when I felt like locking myself in the pantry to escape, the babysitting when something came up and I needed to suddenly run out.

All the moments another mom has come to my rescue… there are too many instances to count. But I want to take it back almost exactly 13 years, to the first time another mom really supported me.

Mother’s Day 2007...I had just had my 8-week sonogram and discovered I was pregnant with twins. I strolled around LA in a first-trimester haze, wobbly from the sheen of throwing up twice every half hour, and entertaining hallucinations about what my future had in store.

I envisioned lulling myself to sleep alongside docile infants, getting work accomplished during their scheduled naps, bouncing them gleefully on each hip while indulging friends about the experience. “Oh these babies?” I would say with a cackle. “Why, I hardly even notice a difference in my daily routine!” As you have probably imagined by now, the number of friends of mine with children amounted to zero. I had absolutely no idea what I was in for.

But if my professional life has taught me anything, it’s to seek wisdom from those who’ve gone before you. This is why I found myself accosting a harmless man pushing a twins-stroller along the streets of Culver City one morning. “You have TWINS?” I announced excitedly. “Well…I’m pregnant with twins TOO! We should know each other! I’d love to meet your wife. Do you have a wife?! Can I meet her?”

At this point, I was only 8 weeks along and I barely looked pregnant. I’m amazed this nice man didn’t immediately unhitch the stroller’s brake and kick it into high gear down the street. But instead, Tom was gracious and friendly. We exchanged information and went our separate ways. A few days later, I emailed his wife, Alex. I don’t even remember what I wrote. Probably something along the lines of: Hi, my name is Jillian and I just found out I’m pregnant with twins. This is going to be a cinch, right? I'll just nap when the babies nap?

It wasn’t a cinch. Literally no part of pregnancy or babyhood with twins was a cinch. But Alex eased and guided the experience in ways I’ll forever be grateful for.

It was Alex who spoke frankly to me about what was to come – the long, difficult nights, babies who never slept at the same time, who wouldn’t latch, who needed a feeding schedule to keep track of their meals. It was Alex who festooned me with much-needed baby supplies – side-sleepers and baby chairs, slings, mats and onesies. I didn’t even know I would need these items until I was eternally grateful to already have these items.

And it was Alex who brought me groceries when I’d spent a week barely moving from my couch. We lived in Marina del Rey, in a cozy corner apartment with views of powder white sailboat masts and blue water. I had absolutely loved the view when we’d leased the apartment, but by week four of running an interminable nursing factory, that marina had become my view from prison.

Hour upon hour, I’d latch a droopy baby onto my aching body and stare out the window, silently cursing the hordes of young party boaters with their puerile whooping and naïve happiness.

One morning, Alex showed up and relieved me from my self-pity. She brought along bags of groceries, clothes, baby toys. As we distributed the goodies around the apartment, she asked me how I was doing.

Thankfully, and also wonderfully, she didn’t want to hear a quick and trite response about the joys of new motherhood. I didn’t have to sugarcoat the experience or add a quick addendum: But you know, of course, I’m just LOVING this whole new motherhood thing.

I spoke to Alex about how I didn’t have any idea what I was doing, how I often felt like I was doing it all wrong, how hard the sleep deprivation was, how I sometimes fantasized about falling into a three-month coma (true).

Alex validated what I was going through. It was okay to feel exhausted and achy. Everything I was feeling was completely normal and also temporary. She assured me that things would get better.

And of course, she was right. Not long after she left, I took the babies on stroll to a calm lagoon adjacent to our apartment. The place was called Mother’s Beach – a strip of sand and tranquil water that had become a haven for families with small children. For the first time, I was able to see what the future had in store. I saw moms prancing at the water’s edge with their children, relaxing on the sand while their kids built sand castles nearby. I saw moms playing with their kids, tossing them into the water, laughing. And it occurred to me that this future wasn’t just for everyone else, but that it awaited me too.

For the first time I looked at my babies and saw that right now wasn’t the way it would always be. The newborn stage was a blip, a temporary juncture that would be written into the annals of a hazy mind.

And time did pass. Soon, I was carting my twins to day care and then to first birthday parties, play dates, bouncy places, kids concerts, the LA Zoo. It was busy and time-consuming and incredible and demanding and difficult and wonderful. It was everything Alex had laid out for me.

Before we knew it, the twins were five years old, we’d added another baby to the mix, and then it was time to leave LA for St. Louis. As I was packing up the house, I came across some of Alex’s stuff – her twin feeding charts and her baby door jumper. I felt a pang in my chest when I saw her loopy handwriting detailing the ounces of late-night and early-morning feedings for her twins – back when she had been in the thick of it.

I drove down to Culver City, articles in hand, and knocked on her door. By then, we hadn’t seen each other in a few years. We greeted each other warmly, chatted for a bit, and then I left.

On the drive home, I chastised myself for not saying more. I had thanked her, but my thank-you felt almost perfunctory, as it barely encapsulated the wide expanse of gratitude I felt for what she had done.

What is so incredible about Alex's support of me is how exceptional and unexceptional it was. Exceptional because she shepherded me into the world of parenting; there was the gear and the groceries, the advice and the help.

Unexceptional because of how frequently moms support each other like this -- without prompting, without any expectation of praise or giveback. Just to do it. This story is not just about Alex. It's about every mom.

To bring it back to present times...as we find ourselves in the midst of a global pandemic, what are moms doing? In my Facebook feed every night, I see images of moms filling up their cars with canned goods for food banks, offering their free tutoring services, writing uplifting and empathetic messages to other moms, posting recipes, donating hand-sewn masks. The offer of support to other moms is so prevalent, so instinctive, it's as though we don't even stop and think before doing it.

Perhaps moms are so used to giving to our kids that we don't hesitate to give to each other. Perhaps nurturing babies, kids and teens has developed a certain empathy that's uniquely ours, and widely spread.

This Mother's Day, I'd like to thank not just Alex but every other mother who is carrying a tremendously heavy load this year. It's a difficult time, but one day -- just like the newborn phase -- this will all be behind us. And when we look back, we'll know that it was the encouragement and support of each other that got us through. 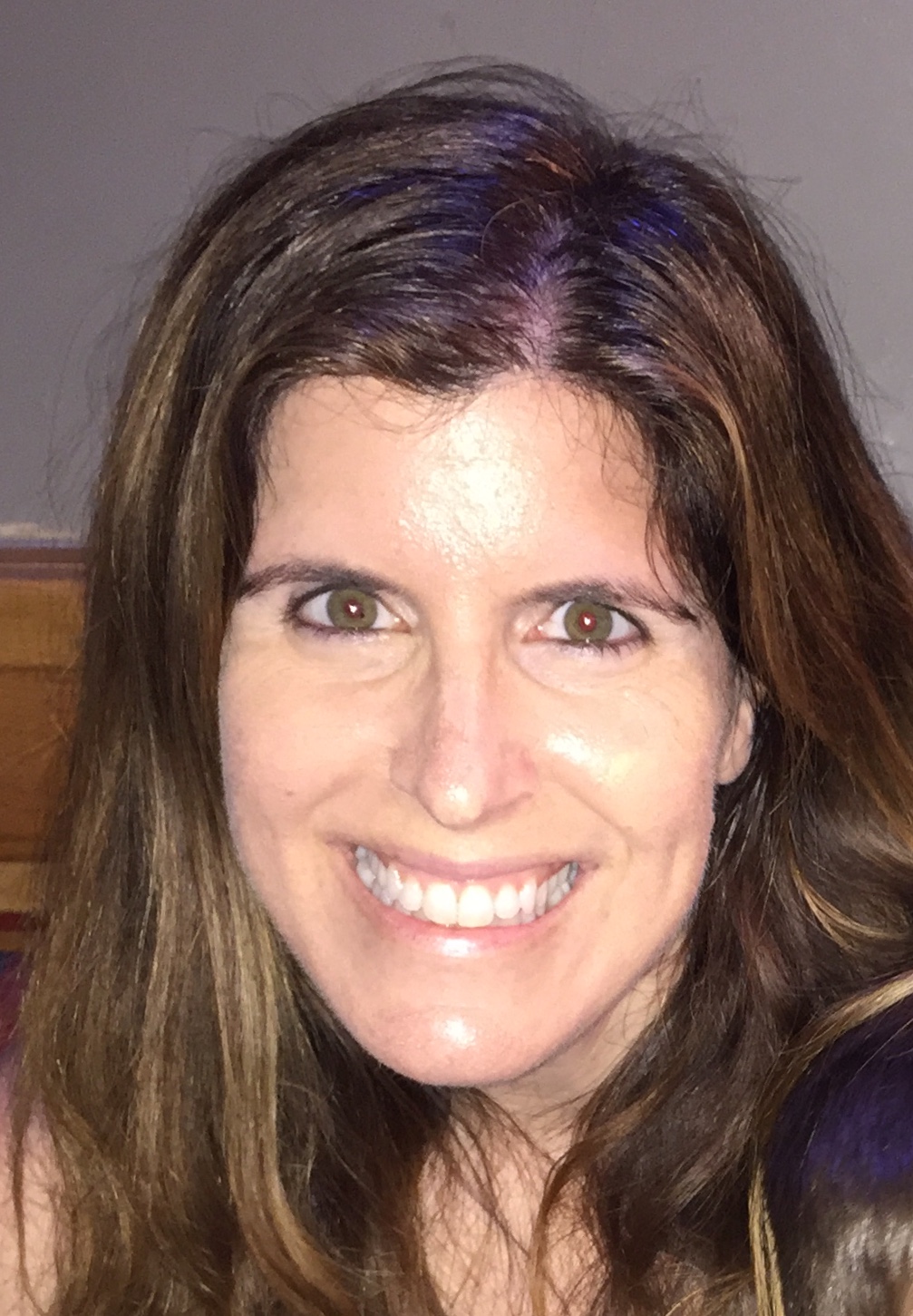 I See My Son's Vanishing Twin When I Look in His Eyes
Moms of multiples: Smile, breathe and get through it
25 Week Preemies- Houston TX
advertisement

I See My Son's Vanishing Twin When I Look in His Eyes
Moms of multiples: Smile, breathe and get through it
25 Week Preemies- Houston TX