Tips for Getting Children to Handwrite More

Published by Sophia Anderson on January 25, 2017 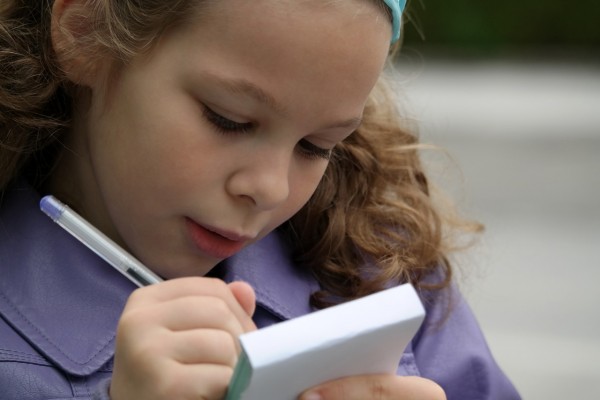 I will not be the first one to say today's schoolchildren can benefit from modern technology in many ways, and there is a raft of research that will agree with me. Most teachers believe that modern technology has enabled students to share their work, and to collaborate with their peers. However, the downside of it all is that children are required to use their handwriting less and less.

Students use smart devices and laptops to take notes during class and to complete their assignments, which effectively eliminates the need for handwriting. It turns out that this approach hurts the children in the long run.

The Benefits of Handwriting

According to research at the University of California and Princeton, students which took notes by hand showed better results. At first, both groups of students were listening to the same lecture and taking notes. Half an hour later, after being tested, both groups showed the same results when it came to memorizing the lecture. But, after being tested again a week later, students which had written down their notes were ahead of their peers which used laptops.

There is also the study conducted at the University of Indiana. Children which haven't yet learned to read or write were handed cards with letters or shapes on them. The children were then required to replicate the shape or letter by hand, using a computer, or by connecting the dots printed out on a piece of paper. Drawing symbols resulted in an increased activity in certain areas of the brain, which wasn't the case with children which relied on other methods.

Also, there are other reasons for why children should write more by hand:

Emily Waldman, a grammar and writing tutor at EssaysOnTime, is also in favor of getting children to write more by hand:

“Writing by hand is a more engaging experience than typing on a computer, plus it gives children a chance to express themselves and hone their writing skills.”

Sparking the Children's Interests in Writing by Hand

As a teacher, I find it quite easy to motivate children into writing longhand, because their curiosity and their creativity hasn't yet been stifled at that age. They will have to use technology eventually, which is when they'll start distancing themselves from writing by hand, and it'll become much harder to get them interested in it again. However, it is still possible to nurture this habit naturally at home, which is why we have put together a list of 10 ways parents can get their children to write more:

1. Come up with a clever and inspiring reason for writing, such as writing an anonymous letter to a historical figure they look up to, or writing a letter to a favourite celebrity they would like to meet in person.

2. Establish a creative working environment. For example, you can write together without mentioning the writing process itself, when you add notes to your shopping list, putting memory notes on a fridge, or making family collages with captions and commentaries.

3. Ask the children to describe events or sights, such as field trips or exhibitions, by writing longhand. This will make them more concentrated while visiting the destinations to give a more detailed review later.

4. Play writing games such as writing a family time capsule, or creating the menu for a restaurant or sale advertisements, or just placing written signs in their own rooms.

5. When a teacher at school hands out assignments such as essays, stories, or poems, ask them specifically to write by hand. It will help them focus more on the task, because handwriting engages creative processes inside the brain.

6. Creating mind maps will not only help them brainstorm, but if they do it by hand, they will have more time to process their ideas. Make it more fun by using color pencils. Get a copybook where the children will arrange their mind maps. It will certainly develop their creativity and enlarge their scope.

7. Have them write stories together with you on different topics. Write a sentence one after each, repeating the process until you completed the entire story, and then analyze the results. Very often, such stories are great fun.

8. Get your kids create their own narratives, or even make own books. This will involve high level of creativity, as they will need to make up own characters, tell their unique stories, add some illustrations to describe the events and then present their books as authors.

9. Encourage them to have a journal where they can write down their daily life, own thoughts or small experiences they are going through.

10. Have a family mailbox for each member: you can write small notes to each other, ask personal questions or confess your feelings.

There is no denying the fact that writing by hand is a creative process, and that it enhances the children's creativity, which is why we must fight for it to remain in schools and to be encouraged at home. 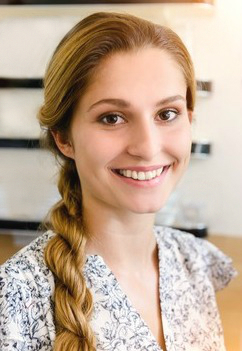 Sophia Anderson is an associate educator, blogger and freelance writer. She believes in the driving force of positive attitude and constant development.

6 Writing Exercises to Make Your Child a Creative Genius
As a mom of 5, I've learned this one way to make kids more grateful
How do I motivate my child to write?
advertisement

6 Writing Exercises to Make Your Child a Creative Genius
As a mom of 5, I've learned this one way to make kids more grateful
How do I motivate my child to write?