This right here is why motherhood is exhausting

This right here is why motherhood is exhausting.

This is a picture of my youngest – age 2 – having a full blown tantrum, meltdown, exorcism — whatever you want to call it.

Was it warranted? You tell me. 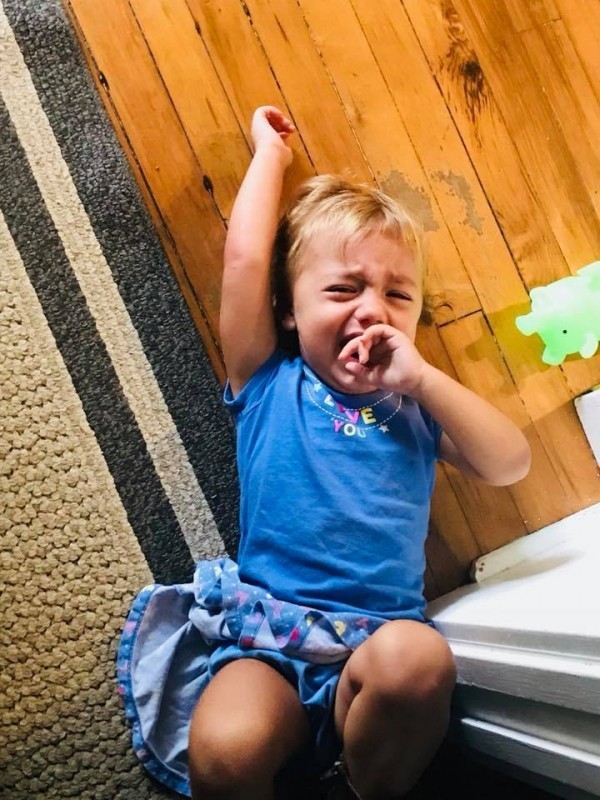 I walked in from the porch and she saw the washer open and she wanted me to do laundry. I said no and she lost her shiitake.

That was it. That was all that happened.

While I do recognize that I probably could have avoided this tantrum by simply agreeing to do a load (Lord knows my house always has dirty clothes that need to be cleaned), I did not want to and so I put my foot down (figuratively) while she threw herself right next to it (literally).

When my husband got home and I told him of the occurrence, and he was sure to note that he felt her pain, as he too wishes I would get more laundry done in a timely manner.

We had a chuckle.

You see, in my house, with three kids under the age of 7, we have a lot of moments like this — instances where one of us, myself included, throw the flippin’ tantrum for no good reason, except for the fact that we need to have it and feel better after it.

Maybe my daughter was tired, maybe she was hungry, maybe she just wanted some attention or maybe, just maybe childhood is exhausting, too.

I have also learned to not fall victim to crocodile tears. They are so realistic and the emotion and trauma seem so real, but alas, our kiddos always survive, as did my precious angel.

This is two and thirty-two.

The Angry Mom
How Can I Help You?
Why did I go overseas to adopt? Because that's where my children were
advertisement

The Angry Mom
How Can I Help You?
Why did I go overseas to adopt? Because that's where my children were