The Years Go By in a Flash 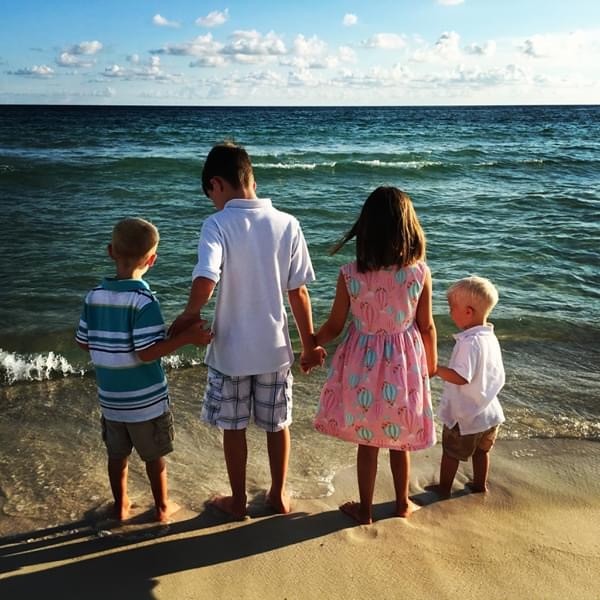 I always wanted to be a mother. In my hopes and dreams, motherhood was filled with rainbows and sunshine and happy little children making memories.

And you know what? Motherhood IS filled with rainbows and sunshine and happy little children making memories.

But you know what else? Motherhood is HARD. It's brutal. It's exhausting.

It's an unrelenting cycle of waking up early, changing this one, wiping that one, screaming, feeding, entertaining, rocking, holding, clinging, crying, whining. It's trying to understand little ones who can't fully express themselves. It's disciplining, shepherding, kissing ouchies, and wiping tears.

It's days without any peace or quiet.

It's constant messes. Everywhere. And never being able to get a handle on them.

A couple of years ago, when I was absolutely drowning in motherhood, a dear friend with older children told me something that I’ve come to find is heartbreakingly true.

She said, “I know the days can feel excruciatingly long, but believe it or not, the years go by in a flash.”

Her words were tender and kind and encouraging. They admitted that motherhood is hard while gently reminding me that my children are precious gifts. My time with them is fleeting, even if it doesn't always feel that way.

Motherhood is a beautiful, heart-wrenching, bittersweet mix of happiness, laughter, anguish, and tears. Even in the moments when it's hard, it's still a dream come true.

With every season comes a multitude of experiences and emotions. The day in and day out is often brutal and overwhelming.

We might not fully enjoy this phase or that one.

The days may drag by in slow motion.

Even though it may be difficult to see in the mundane and exasperating days, years pass in the blink of an eye.

There will, in fact, be a time when our hearts ache for this season long gone.

So today, amid the frustration and the exhaustion and the never-ending commotion, let’s try to savor some moments with the children before us. Let’s play the game even though we don’t really want to, listen to the long-winded and slightly confusing story, laugh at the terrible joke, snuggle with them as long as they’ll let us.

Let's hold our tongues when they spill milk, squabble, and suffocate us.

Let's look for the beauty in the clutter, in the crumbs, in the chaos.

Let’s pause for a moment and remember that the days may be long, but the years really do go by in a flash.

To the mama in the thick of it: You're not failing
Your Worth isn't Defined by Others Expectations, Mama, so let the Guilt go.
This Is Motherhood-30 Things I Wish I Had Known
advertisement

To the mama in the thick of it: You're not failing
Your Worth isn't Defined by Others Expectations, Mama, so let the Guilt go.
This Is Motherhood-30 Things I Wish I Had Known