The year of the mask was a year no one would forget.

Published by Danielle Sherman-Lazar on June 8, 2020 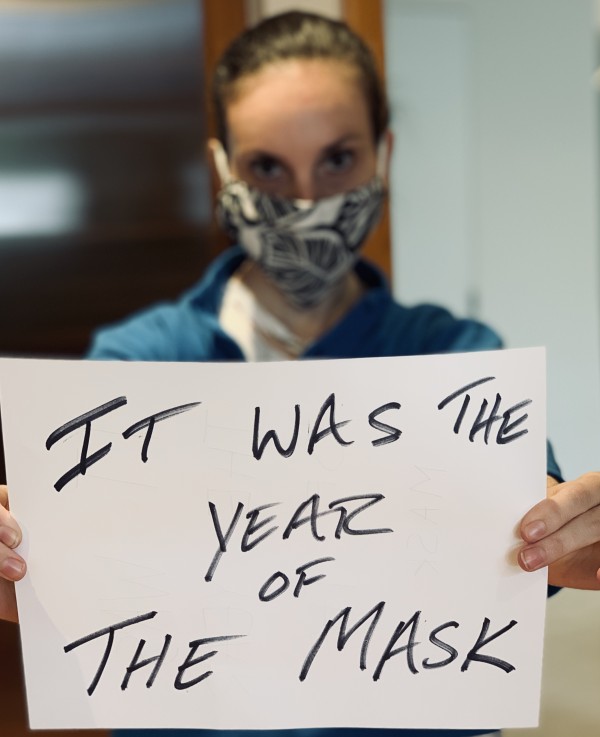 The year of the mask was a year no one would forget.

Because it was the year we didn’t see faces,

so, all we saw were hearts.

It was the year we put others before ourselves by isolating even if we weren’t high risk.

We thought about our kids’ papas and mimis.

We thought about all the people with serious underlying medical conditions.

We thought about the child with a weakened immune system—

and we stayed in and took precautions when we had to go out.

It was the year of toilet paper and hand sanitizer shortages.

It was the year of murder hornets—because locusts and frogs must have been isolating too.

It was the year that we gained the courage to speak up.

It was the year of George Floyd, Breonna Taylor, and Ahmaud Arbery.

It was the year where we fought for injustices,

where white people learned to listen and support while letting people of color who have experienced racism shine.

The year of protests and black lives matter.

The year we came together to fight for what’s right.

It was the year of grief.

Grief for the loss of Kobe and his beautiful daughter Gianna.

Grief for the tragic losses to covid.

Grief for our kids who couldn’t properly shake a hand and grab their diplomas, (or tickets to freedom), and celebrate their graduation with all their friends.

Grief for the people who lost their jobs.

Grief for the people struggling with their mental health.

It was the year where our focus shifted away from material things.

We slowed down and didn’t push our kids to achieve non-stop or be “better.”

and that acts of kindness could change someone’s entire world--

and so, people were kind.

It was the year where not one of us didn’t struggle.

There was so much reflection, introspection, and change.

It was the year no one would forget,

because we all became better humans.

Because it was the year we didn’t see faces,

so, all we saw were hearts.

It was the year of the mask.