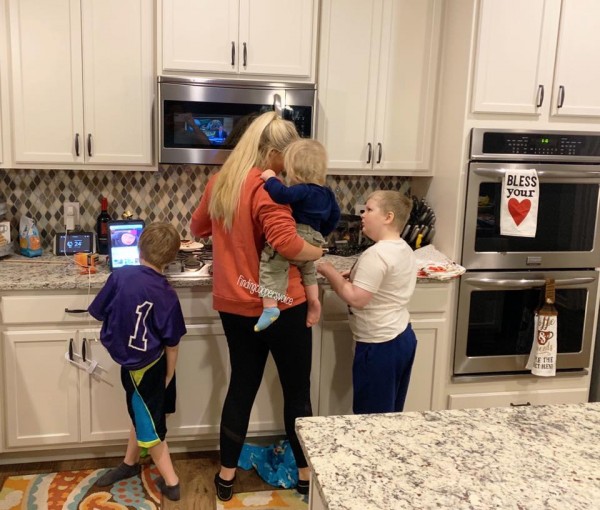 I’ve been reading a lot lately about so called bad moms.

Apparently they walk amongst us dressed in leggings and oversized sweatshirts, hair up in a messy pony, exhausted, cooking dinner with way too many helpers, and most likely overly caffeinated.

They blend in. Yes, I’m as shocked as you are. I had no idea.

Learning this got me thinking about my so called mothering skills.

I’ll be the first to admit that I’m not the mother I imagined I’d be before having kids. But in my defense, I didn’t realize how much work mothering would be.

Three boys. So many needs.

Some days I swear I hang on for dear life. But some days, like the ones when my 6 year old asks me to marry him or my 9 year old kisses me on the cheek, I think just maybe I’m not the worst mom.

I mean, I don’t feed my kids all organic food but I do cook dinner most nights. I don’t starve them. Never have. I feed them every day, meal after meal. Sometimes it’s green things. Sometimes it’s not.

Did you know that children need to eat every single day? And as they get older they get opinions. And judge your cooking. And refuse to eat. And you become the person that yells about meals. It’s weird.

What I want to say is eat or don’t eat. I don’t care. But I don’t say that because I will scream when they ask for a snack five minutes after dinner. The asking for snacks can make a person crazy. For real.

I also don’t bake. I could tell you I do. But that would be a lie. I’m terrible at it. And if I need a baked good, say for a bake sale at church, it will be store bought and past off as my own. But I’ll deny it if asked.

I don’t own an iron. Or any clothes that need to be ironed. I’ve never dry cleaned anything. And I am really terrible at packing up the too small clothes from the dressers. I usually just put the right sized clothes on top and pray that their dad doesn’t dress them in a ridiculous outfit that is way too small for them.

I’ve bought new underwear for my kids in lieu of washing them. Yup. And socks too. Gosh I hate socks. I hate matching them. I hate picking them up all around my house. If I had a quarter for every sock I’ve found outside, all crumpled up and full of mud I’d be rich. Or I’d at least buy more socks.

I’ve also been known to start the dryer over and over again. Because folding is the worst. But every day my kids have clean clothes for school. That’s important to me.

They look nice with clean faces and ears. But I always forget to cut their nails. Once, the school even called about my son’s fingernail length. Sigh. I’m trying to be better about that. But counting me, I have 80 nails to worry about. That is ridiculous. And don’t even get me started on the dog’s nails.

My kids always ride in the appropriate sized car seats and boosters, although they are so dirty and full of food it’s unbelievable. There is no passing these puppies onto the next kid.

My kid’s beds don’t have top sheets and rarely get made. But they are clean and cozy.

When my son pees on the floor, right next to the toilet, I make him wipe it up. I mean I would, but he’s almost 7 and he needs to know that stuff turns into jelly and ain’t no mama or lady wants to clean that up. And I launch into a tirade about being the only female in the house.

I’m not on the PTA. Nor do I want to be right now. But I also never miss an event for my kids. No matter what. And I even volunteer from time to time.

And I always whip out my checkbook instead of selling crap.

I sometimes let them have sweets for breakfast. I mean, who doesn’t love doughnut day. Scores me some cool mom points.

I always get in the pool and I run the bases and I climb through McDonald's Playland structures only to be judged by little girls who tell me I am far too big.

I probably allow way too much iPad time. But I also play with them every single day. And take them for walks and push them on swings. And, I hate to admit it, but I probably spend way too much time on my phone too. Goal. Less screen time for all.

I don’t always give my kids my full attention but I gasp and clap at every single train and Pokémon card and rock my boys show me. Because I want them to know their interests matter.

Lastly, I love bedtime. Some days I count down the hours. I love bedtime so much that sometimes I dance down my stairs and fall into my chair. Those little monsters are my world...but I sure do love when they are sleeping. Which isn’t all that often...

I figure this is just the half of it. If you add it all up I’m not the worst mom. I’m more like the worlds most okayest mom. Which seems just fine to me. 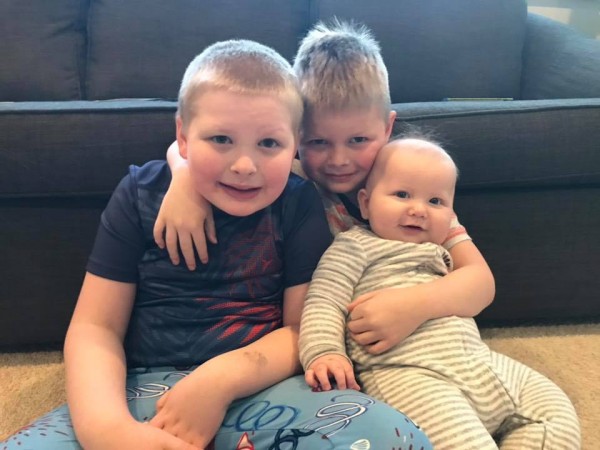