The Wonderful Thing We Can Do For The Next Generation 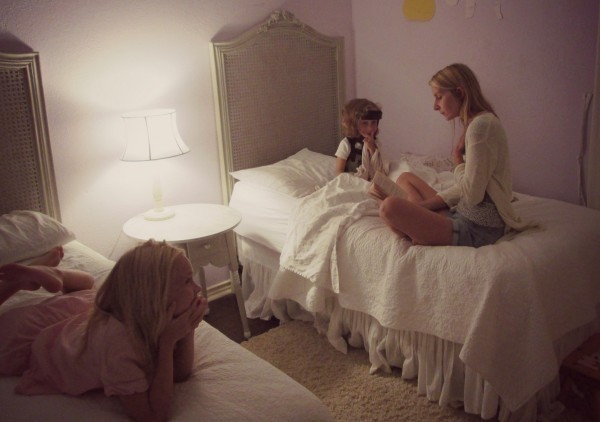 Six years ago, when my preemie daughter was released from the NICU, my husband and I were willing and ready to do anything and everything to help her development. But I'll never forget how surprised we were at her doctor's first, and most important, piece of advice. 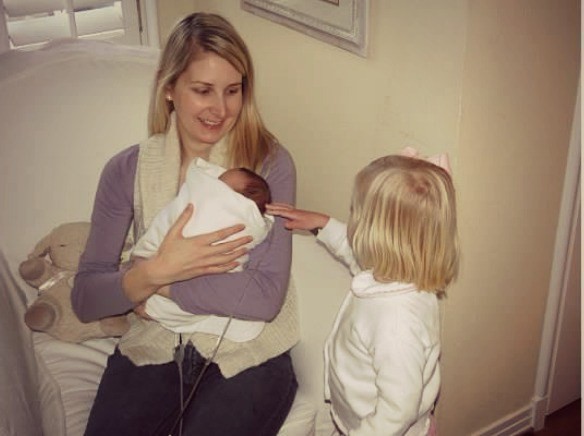 I admit, at first I thought it odd that his number one piece of advice wasn't some new drug, or therapy, or even a Kumon class to get her ahead of the game! But later I found out why: study after study shows that reading to children when they are young is the best indicator of success in school. Perhaps this doctor had seen evidence of this in his patients and that's why he was so adamant. Whatever the reason, his words stuck with me. Even though that first year we were consumed with breathing tubes and oxygen tanks and surgery after surgery, my husband and I always tried to make time to read board books and picture books to our baby girl.

That following year my oldest daughter began attending a school that emphasized reading classic children's literature aloud to your children. So, to kill two birds with one stone, I began reading to both girls the same timeless books my mother and grandmother read to me as a child: The Tales of Peter Rabbit, Tiki Tiki Tembo, and Caps for Sale just to name a few. I knew they were way above my almost two year old's head, but surely it couldn't hurt her little brain to hear such rich, beautiful words and to see the vivid illustrations. 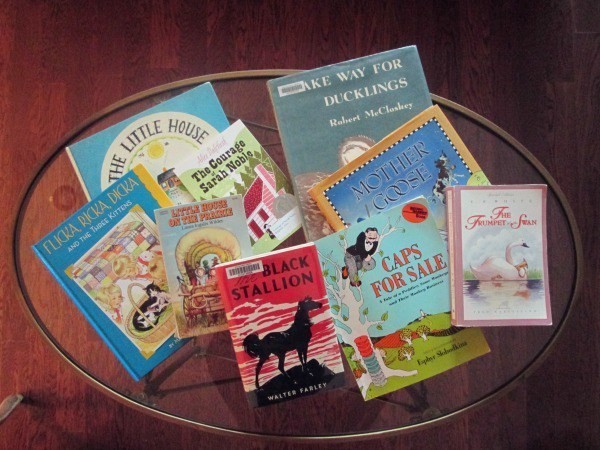 As they both got older, we progressed into longer "read aloud" books. When they were three and six years old, I read them Happy Little Family and All of a Kind Family - both several hundred pages with few pictures. My three year old would often play in her bed while I read, but afterwards she would make comments or ask questions that made me know she was totally listening the entire time! Two summers ago I read them Little House on the Prairie and The Black Stallion and both girls soaked up every word of adventure, danger, and fun.

Today our once preemie baby, now six, astounds her grandparents (and me!) with the range of her vocabulary and the articulation of her words - something that has to be partly attributed to the wonderful advice her doctor gave me years ago and the gifted authors who wrote such beautiful and enduring stories.

Ironically, what started out as a task to help my premature daughter has, in fact, become such a precious gift to my husband and me. The time when I read classic books to my children is usually the sweetest time of our day. Together we have laughed hysterically at Louis, the silly yet genius swan, in The Trumpet of the Swan. We have cried at the sweetness of a wealthy couple in The Lion in the Box. And I can't tell you how many serious moral discussions we have had about Beatrix Potter's The Two Bad Mice. Such memories I will hold dear forever! 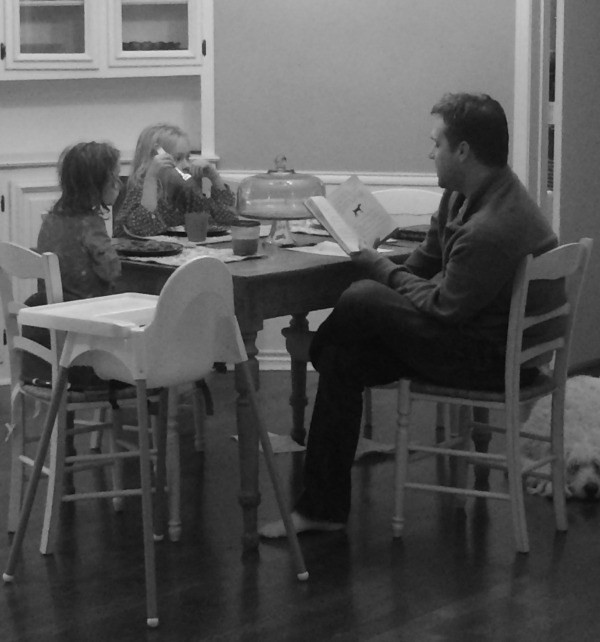 I believe that children who have swum through the pages of beautiful literature their entire childhood will no doubt be set apart in adulthood - by their diction, their grammar, their vast knowledge of cultures and history, and, most importantly, their keen awareness of the struggles of those around them.

I can say from experience that reading stories from centuries past has transported my girls out of their 21st century American bubble and given them a bit of (much-needed!) perspective. They were shocked when Laura and Mary were so incrediblygrateful for the one piece of peppermint candy they got in their Christmas stockings in The Little House on the Prairie. And they were astounded at the responsibility of the eldest daughter in The Courage of Sarah Noble, who did all the cooking, cleaning, and mending for her father while he built their family a house from scratch. (I remind them of that when they start whining about having to make their beds!)

Sadly, I have found that most of the books on the children's shelves of the library or bookstores are what I call "filler" books; they aren't bad, per se, but they add little depth to our children's lives. They are basically time-fillers, many of them watered-down stories with edgy or mature pictures designed with the intention of making children want to read more. (Good intention, bad execution - in my opinion!). 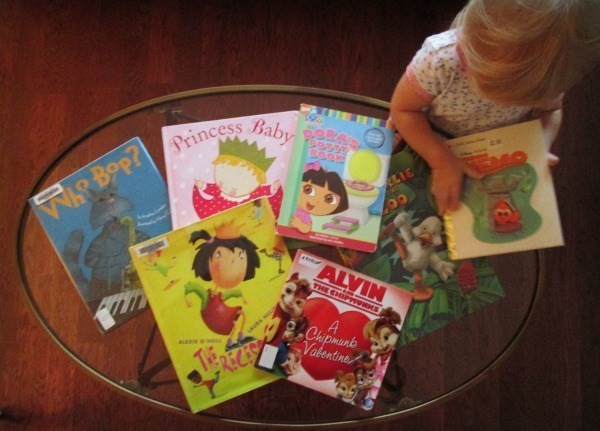 So how do you sort through the filler versus quality books? First, read them! Here's an excerpt from a "filler book" that was displayed at my local library:

"She figured wrong. Katie Sue talked back! Just as sassy and she could be, she said, "how DID you get so bossy?" Then that puny little thing, that loony thing, grabbed the ball and bounced away." (The Recess Queen, 2002)

Now here's an example of a quality children's book for the same age group:

"Once again the big silvery moon rose high in the sky. The owls winged noiselessly from the sycamore to the pine woods. Nothing else stirred in the silent snow-covered land." (The Big Snow, 1948)

Now imagine two children. One child has grown up reading mostly "filler" books with syntax like in the first example. And the other child has grown up reading books with more of the rich, beautiful language like in the second example. Which child, when he gets to high school or college, will have a much easier time reading and enjoying the required readings of Chaucer, Austen, Fitzgerald? And which one will have to scour the internet to figure out what those books are all about because they aren't used to reading literature with much depth?

Another way to find quality children's books is to notice their illustrations. Here is a picture of the inside of The Recess Queen: 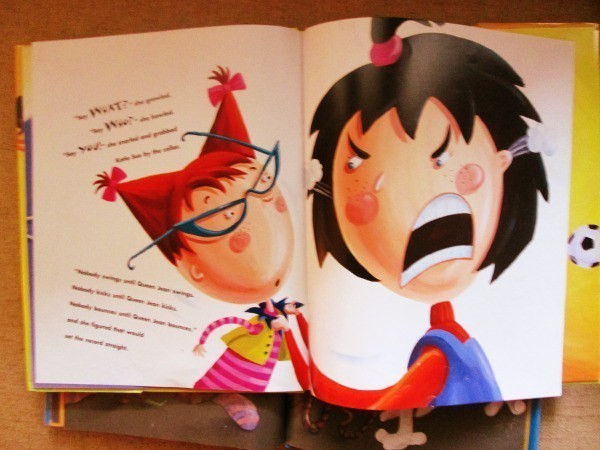 Okay, now here are some beautiful illustrations from some of the really time-tested children's books out there: 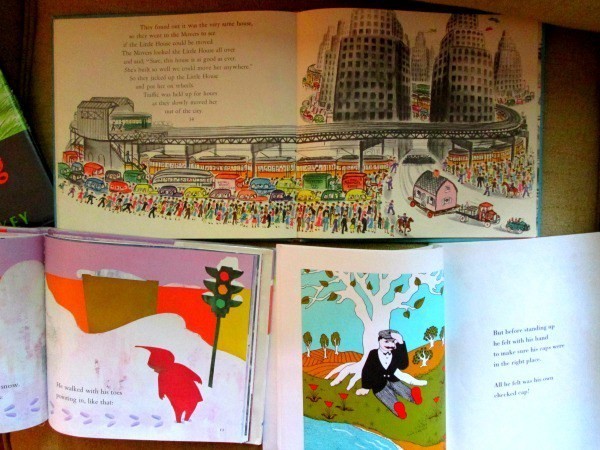 I can't tell you how many times my children have stopped me in the middle of a sentence to notice something special about an illustration. I sometimes get annoyed at the interruptions, but I know it is so wonderful that they are mesmerized by beautiful artwork. I hope this will stay with them throughout their lives.

And, a quick side note, I am not totally against "filler" books. We do have some of those and other junky character books in our house. But my children rarely ask me to read those to them. They always go back to the time-tested stories and illustrations. (It's not something I have magically done, either; I just think children are innately drawn to stories of adventure and redemption and victory - just like adults!).

A piece of advice a wise person gave me when reading aloud to your children: read beyond what you think they are capable of and read to them even if they can read themselves. I think one of the unexpected benefits of reading these classic books to children before they are school aged is that they don't see them as "homework" or a "chore" but as something to be savored and enjoyed. I think it has made my children love reading by themselves all the more. 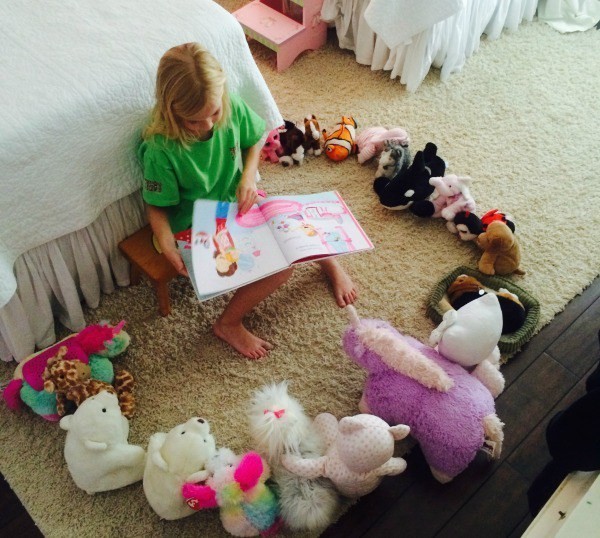 Reading children wonderful literature when they are young will not only will give them an expansive vocabulary, it will give them an appreciation for beautiful things, a love for books and, hopefully, an empathy for those around them. What a wonderful gift to give to the next generation! 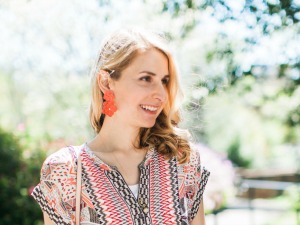 Lee and her husband, Justin, reside in Dallas where she is a mother to three girls and blogs about being gracious and lovely in everything we do, say, and give (with a little bit of fashion thrown in as well!).