The Way They See Mother 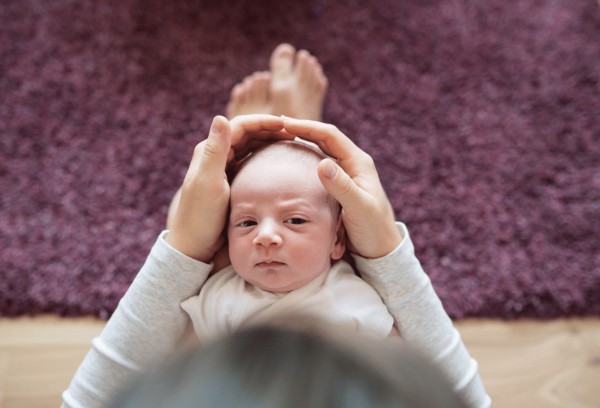 A newborn baby can see about 12 inches, which happens to be the approximate distance from the breast to the mother’s face. Anyone who has held a young infant knows that the eye contact can be intense, especially as the baby gets older. WebMD just had a very interesting video that showed what an infant’s vision is like through the first months of her life, and what the infant sees as she ages. If you haven’t seen it, it’s worth a look (https://www.webmd.com/baby/video/video-newborn-vision).

Our children’s vision changes through the years, both literally and figuratively. When my babies were born, they would gaze into my eyes as I fed them. Later in infancy and toddlerhood, they would look to me and check my reaction to see how they should respond to new situations and people. Is this place scary? Are those new people friends?

When our children see us in their wonder years, they delight in, revere, honor, cherish, and admire us. They are drawn toward, not away from, mother.

During early elementary school, my children wanted me to be there for them. When they looked into my eyes, they saw a loving mother, an anxious mother, an angry mother. They learned all about the range of human emotions from watching my behaviors. They learned how to feel insecure or secure by what they saw when they looked in their mom’s eyes. At that age, they still looked at me with admiration, it felt, and love.

Within the last couple of years, my children have tread more deeply into adolescence and the tween years, and now as they look at me, the cringe-factor has increased exponentially. What they see when they see me coming is definitely not the same as it was five years ago. And it’s even farther from what they saw when they looked at me 16 years ago.

A couple of years ago, my daughter and her two friends were going on a bike ride. They were 15, too young to drive and too old to be toted around in the minivan. They stopped by our house to get my daughter’s bike. Hearing them arrive, I stopped my jazzercise workout and quickly walked out front, red-faced and sweaty, to offer my flip belts for their bike ride. I had two flip belts, and I suggested they could take turns wearing them, keeping their phones and lunch money safe and tucked away. Since the flip belt was under their shirts, I said, no one would even know they were wearing them.

The silence was deafening after my generous flip belt offer. I saw my daughter’s friends’ microexpressions as they looked at each other and tried not to laugh. One of them, my goddaughter, said “ummmmmm.” And then my daughter came down the driveway to save them. “We would never wear a flip belt! No. Just no, mom,” she said in horror. At that moment, I realized my daughter’s vision of me had changed again. I was no longer welcome or needed at her peer gatherings. I had become cringe-worthy. I have known her two friends since they were young, and we all laughed together as they tried to be polite and reject me at the same time.

This week, my son had track tryouts. He said he could just walk home from school after tryouts, and I said that was fine. As I dropped him off for school that morning, the baby who had once gazed lovingly into my eyes said, “If you come to track, could you just not come out onto the field like you did at lacrosse? It’s so embarrassing when you talk to people there. You always think you’re funny.”

Never mind that sometimes I am funny! Never mind that when I walked across the lacrosse field, it was to ask if he wanted Chick-fil-A between games. Never mind that I was bringing popsicles to the team on their third game on a hot Houston afternoon. When my 14-year-old sees me walking across the field to him, he dies a little bit inside.

My youngest son loves the song “I’m Blue (Da Ba Dee)” and has been singing it around the house. So one day at work, I made a short slow-mo video of myself at work in full PPE -- face shield with a blue rim, blue mask, blue gown, and blue gloves -- dancing to that song. Two years ago, he would have thought that was hilarious. Now, at 11, he just felt sorry for me, and that made me laugh even harder about it. He died a little on the inside, too.

Just like babies’ vision literally changes and develops as they age, my children’s vision of their mother changes with every passing stage of development, and that’s OK. My role as a mother should change, and my relationship with my kids should change as they get older. You have to be able to ride the wave, friends. So this Mother’s Day, to quote Emily Saliers of the Indigo Girls, “you have to laugh at yourself, because you’d cry your eyes out if you didn’t.”

I know the way I see my own mother at my age. I know she’s still the first person outside my house that I want to call when I have bad news, or good news. I know she will always be there in the consistent way that mothers are. I am also acutely aware that some will be facing their first Mother’s Day without their mothers this year, and to you I send love and support. I hope and pray you have other mother figures in your life. And even though I’m fully cringe-worthy at this stage, I know this stage won’t last forever. With my own mother, I am back to the stage where I delight in, revere, honor, cherish, and adore. So I know my kids will hopefully get back there, too.

Walk Away Know when to pull your kids closer, and know when to walk away.
Happy Mother’s Day: What I really want for Mother’s Day is good sleep
I am 1 in 4, and I am not alone
advertisement

Walk Away Know when to pull your kids closer, and know when to walk away.
Happy Mother’s Day: What I really want for Mother’s Day is good sleep
I am 1 in 4, and I am not alone