The Super Bowl of Relationships: Sports Strategies for Keeping the Spark

Published by maureen stiles on February 5, 2017 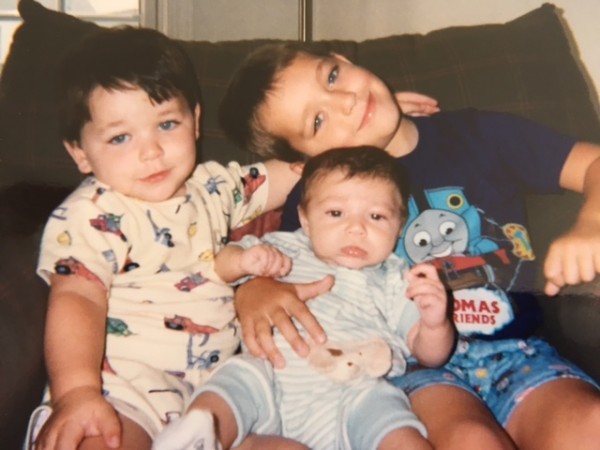 I am surrounded by men. Sounds pretty good, right?

It’s great unless three of those men are under the age of five sapping all of your energy and patience. And that is where my husband and I found ourselves in the early years of parenting. Outmanned and under rested.

For a couple that valued communication as the core of their relationship, it was a rough time. To regain our footing as a couple, I turned to a concept everyone in my house could relate to:

We were in a slump and desperately in need of a relationship win. I knew we couldn’t wait for a home run date night to save us; we had to try for base hits. Our theory was that stringing together minutes throughout the day would add up to significant time. Memories are made of moments, after all, so we were going to grab every moment we could for the team.

Sometimes in the meat of the parenting season, it is easy to forget you are a team. Many days at 6pm I was so ready for the second string to come in and relieve me that I neglected the fact that we were partners invested in the franchise. So, we took as many time outs as we were allotted and soon enough we had a game plan.

Take One For the Team: When the kids were little, we didn’t have a television in our bedroom. If we were in that room, it was the two of us with no distractions. We recorded shows or missed them all together but it gave us a chance to catch up from the day and take a breather before the first kid woke up and broke the spell. We also went to bed at the same time. If one of us was not ready to sleep, they sucked it up and went upstairs anyway.

Be Nimble: As the boys got older, if we didn’t have a real live babysitter, we were not afraid to use an electronic one. There were many nights; we sat out on the deck or in another room as the kids watched a video or television. Even if it was an hour, we were alone to have a drink and talk. And no child ever suffered permanent damage from Barney and Dora videos. Parents, maybe, but the kids were fine. We also took any window to steal a kiss, hold hands or make physical contact and stay connected.

Winning on the Road: Once our eldest was able to watch his brothers for short periods of time, my husband and I began walking the dog together. We turned an evening chore into treasured time together. Just getting out of the house for 30 minutes helped us reset and get game ready for bedtime and finishing out the day.

Every Player Has Their Role on the Team: From the first whistle, we let our kids know that sometimes we needed to be alone. If we were talking, they knew it was not ok to interrupt. We wanted to give them the sense that they were not indeed, the center of the universe. We stressed that everyone had to work together and respect your team mates.

Free Agency: Now that one of our players has moved on to college leaving two teens preparing to do the same, we have come full circle. We definitely still have our challenges with schedules and kid responsibilities but we also get much more free time alone. By schooling ourselves in the fundamentals of being a couple, we didn’t look up nearly two decades later and not recognize our partner. So many spouses at this stage have to go back to the drawing board instead of enjoying what they have built together.

Huddle Up: We did have the luxury of family and friends who would watch our kids for us but we found that if you don’t huddle up on a daily basis, the big game (evening out) doesn’t live up to its potential. By touching base several times every day about little things, we made sure that date night was free of child talk and catching up. We got to be a couple again and enjoy each other outside of the parent role.

Because we executed our play book, we are still a solid team 18 years into this parenting game. We’ve had some seasons that were better than others, but overall we have a winning record. Most importantly, we never lost site of the goal of rounding third and making it home.

7 Social Media Conversation-Starters to Use With Your Teen This Summer
A Note from the Teenage Trenches
A New Leash on Life: How Our Dog Makes Us Better Parents
advertisement

7 Social Media Conversation-Starters to Use With Your Teen This Summer
A Note from the Teenage Trenches
A New Leash on Life: How Our Dog Makes Us Better Parents