I am autism, and I have changed the rules

If I were a painting, I would be colorful and bright and messy and unusual.

If I were the ocean, I would be calm and blue one moment, and gray and stormy the next.

If I were a song, I would begin softly, and slowly. Then I would increase my pitch and my volume until every instrument sounded out of tune. Just when you couldn’t stand the noise one second longer, I would return to a soft, sweet lullaby. 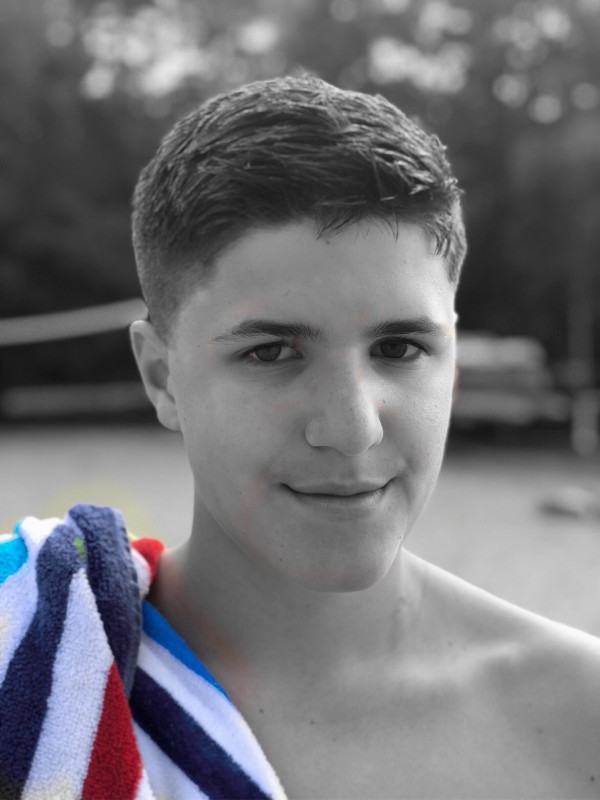 But I am none of these things—not picture nor sea nor musical note.

I live in a boy named Jack.

I changed all the rules.

I changed the way his ears listen for sound.

I changed the way he learns, and how he moves his body, and even how he dresses.

When the doctor first told Jack’s mother about his different-ness, in the shape of something big and important called Autism Spectrum Disorder, she knew.

She knew, stretched out before her in the Sahara desert of her new life, were a whole new different set of rules.

I changed them. And I will change them again and again.

She and I, well, we battle a lot. We battle over what kind of food he should try and whether or not the radio station should stay on 94.1 and if she needs to be reminded a zillion times that the new Disney movie starts at exactly four o’clock.

But I almost always outlast her. See, she lacks my stamina. She doesn’t have my endurance.

I am wily, and unpredictable.

Take this boy Jack, for example, and the way he has to go to summer school.

It isn’t even summer school, but year-round-school. He has to go to school all year because of me. I like to have a schedule and I make him feel restless and nervous when the days are long and empty. If he doesn’t have enough to keep him busy, I whisper in his ear that he should check the DVD’s in the cabinet under the television and start arranging them in piles that make no sense to anyone but him and I.

So, everyone involved—and believe me, there are a lot of people involved when it comes to raising a boy with autism—everyone involved decided maybe it would be best if this boy Jack stayed in school so he would keep up his skills and stay productive.

Everyone, that is, except Jack. Oh, no. He and I decided school in July would be the worst thing ever, and we made it known that we would not go quietly.

I whispered in his ear what to say, and then he said it as many times as I asked. He said he was absolutely not ever going back to school in the summer. And when I told him to scream it, he screamed it out loud into his mother’s face.

Then, just when the mother thought she might go stark raving mad and pull her own hair off her own scalp, I did an about-face. I went exactly one hundred and eighty degrees in another direction. The morning he had to go back to school, the boy Jack woke up right on time. He took his shower, and ate his waffles, and got straight on the bus.

The mom, well, she was so glad. She was glad she didn’t have to wrangle her big teenager down the driveway and beg the driver to wait just one more second and turn to her tearstained son and tell him he could do this, he was brave and he could do this and she would have cookies waiting when he got home—chocolate chip, his favorite kind.

Of course she was glad! Who wouldn’t be?

Yet watching him step onto the bus—really a white Chrysler Pacifica with the words Safe Wheels printed on the side next to a cartoon of a man with a jaunty little cap perched on his head—she felt a feeling she could not quite define.

As she hit the button to close the garage door, she realized she was uneasy. She was uneasy because when her son stepped on the Chrysler-Pacifica-fake-schoolbus, he looked resigned, and weary. He looked like he’d been in a war and he’d been fighting so hard but at the last minute, he gave up and waved a white flag in defeat.

The thing is, her boy has fire. He has a will of steel and an unmatched tenacity and a resolve like you’ve never seen before in your life. As much as this makes her crazy and makes her life harder, she knows he needs the flame. In some ways, it is his only hope.

I make him work to sleep and to eat and to think and to learn. Nothing comes easily for this boy of mine.

I sneer around corners.

I laugh softly in the still of the night.

I am the long, crooked finger, beckoning her to constantly consider what its like to be different, when everyone around her beloved boy is the same.

I can be funny.

I can be interesting.

I can be maddening.

I changed the rules.

I taught her things she didn’t even know she was hungry to learn.

I taught her how to recover from moments of self-loathing so deep and dark, she felt as though she was sitting in a black hole without any walls.

She sat back in her seat for a second and she thought about it. She traced the golden thread as far as she could remember until at last—a-ha!—she remembered.

The last time they came to this bakery was in December. They bought a pie for a Christmas party. It was apple.

I made her a yoga-taker and a mile-chaser and a story-teller.

I made her an advocate.

I taught her how to love someone complicated, and to look for what is essential, rather than what is expected.

Because of me, she has a child who brings color and water and music into her life.

And he also brings chaos and despair and screaming and fear.

No one but her knows what its like to love this boy.

I changed the rules.

This is not a game.

This Boy Jack
I Know What Causes Autism
My son has autism, here's what I know for sure
advertisement

This Boy Jack
I Know What Causes Autism
My son has autism, here's what I know for sure