The Real Story About How My Parents Named Me

Published by My Dishwashers Possessed-Kathy Radigan on July 17, 2017 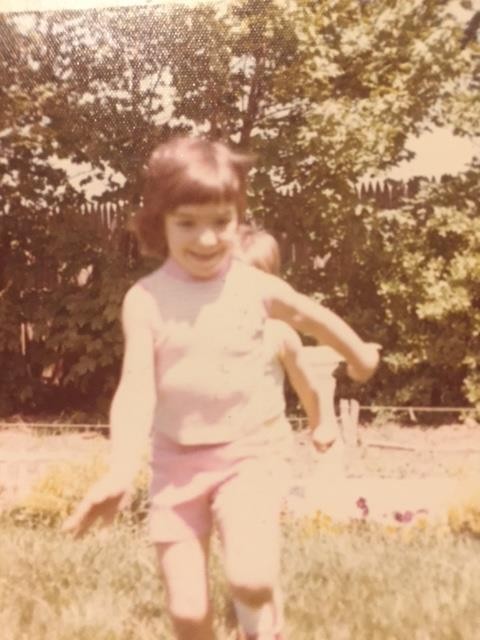 When I was growing up, I always loved to hear my mom tell the story of how she picked my name.

I would happily curl up next to her and listen intently as she told me for the hundredth time, that she had originally picked the name Christina for me, if I was a girl. And she planned to call me Tina.

But, and she would make a big show of the word “but,” giving the word a few extra syllables, she took one look at me with my huge brown eyes and knew in her heart that I was a Katherine.

The fact that this was my grandmother’s name, her mother, was just a bonus.

This was the story I totally believed up until I was 33 and pregnant with my first child.

One day I was over my parents’ house to go over, yet again, the plans for the cradle my dad was building for his first grandchild. My mother wasn’t home yet and for some reason we started to discuss how hard it was to find the perfect name for your child.

By that time my husband and I had picked the name, Thomas, in honor of Joe’s great-great-grandfather, for our soon-to-be-born son’s first name, and Warren, in honor of my dad, for the baby’s middle name.

My dad was thrilled we were doing this, and I mentioned that I always appreciated that I was named Katherine, for my maternal grandmother, and that my middle name, Lee, was in honor of his own father. It gave me a sense of history, and I was hoping my little boy would feel the same way about the name we chose for him.

“Well you know I never really liked your name.”

“You mean you didn’t like that everyone called me Kathy?”

“No, I never liked your name. That wasn’t what your mom and I had picked.”

“Oh, well I know but she always said she took one look at me and just knew Christina wasn’t right, that I was truly a Katherine.”

And with that my dad gave me a look that said he was starting to think the child he always thought was so intelligent, was perhaps not the brightest bulb on the Christmas tree.

“Kath, you know the real story behind your name don’t you?”

After we stopped hysterically laughing, he told me the truth.

My parents had intended to call me Christina. In fact that was what they were calling me at the hospital.

My mom’s cousin, Emily, had been the first of her family to visit us in the hospital and was so excited to tell my grandparents that she just saw their new beautiful baby granddaughter, Christina.

Shortly after this news hit my poor 22-year-old mom, a woman who had been in labor with me for 24 hours, got a call from her father. He informed her that they would not be coming to the hospital to visit her, and that her mother was never going to talk to her again.

Apparently my grandmother was not at all pleased with the fact that her first granddaughter would not be her namesake.

My mom, not wanting to be cut off from her mother, acquiesced, and that’s how I became Katherine.

Though my mom did take a little of her independence back by spelling it with a K instead of the C her mother used.

Shortly after my dad told me this, my mom came home from work. I couldn’t wait to tell her I knew the real story behind my name.

How could my own mother lie to me about something as important as how she named me? Was nothing sacred? I said, laughing as I confronted her.

She started to laugh along with me and then got very serious.

“Oh, well yes that did happen. But really honey, it’s true, I did look at you with those big brown eyes of yours and truly felt you were a Katherine.

And even though I was a 33-year-old, married, pregnant, college-educated woman known for her logical thinking, I took one look at my mom and decided right then and there that I would believe her version of the story.