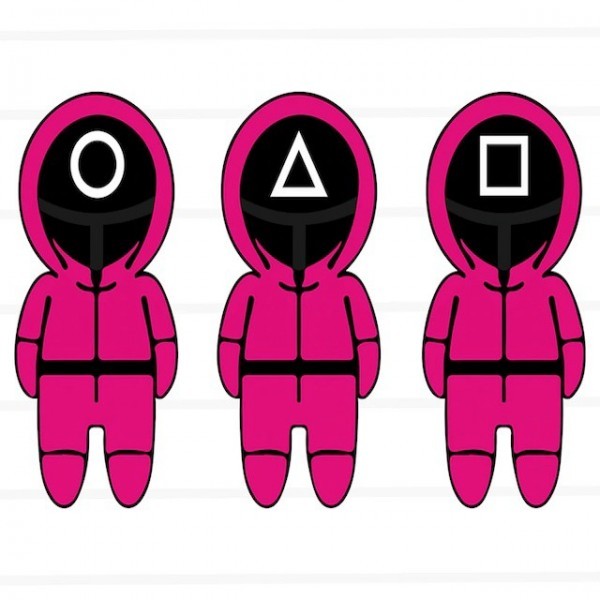 My wife and I have no plans to conceive another child for two reasons: our advanced baby making ages and the fact that I don’t want my new son or daughter to have a friend named “Squid Game.”

The oddly named friend could easily become reality if Gen Zers continue their infatuation with naming children after the hottest trends sweeping the country. In 2018, parenting website babycenter.com noticed a rapid increase in names gleaned from characters featured in the online game Fortnite, which, in a prelude to the pandemic, succeeded at keeping pre-teen and teenaged kids inside for months at a time. Those 2018 babies are now in preschool, which means their teachers must give commands like, “It’s story time! Leviathan, go sit on the mat next to Rogue.”

Thankfully, the idea of naming children after favorite leisure activities wasn’t popular when I was born. Otherwise, my name could have easily been Bourbon. Or Menthol.

In 2021 we have Squid Game, another Netflix offering that I have yet to watch only because everybody else IS watching it. From conversations I’ve had with neighbors and relatives, I have learned three things:

It’s “sort of like The Hunger Games but not really.”

Sorry, but that’s not intriguing enough for me to switch over from Impeachment: American Crime Story, a train wreck of a miniseries based on the Bill Clinton/Monica Lewinsky scandal, which my wife and I can’t stop watching. Even though we know how it’s going to end.

I did Google “Squid Game characters” solely to prepare myself. Who knows? In 10 years, I could return to one of my favorite parenting pastimes, coaching Little League, and find myself teaching baseball fundamentals to Ji-yeong, Front Man, Player 244 and VIP 6.

That’s certainly a change from 15 years ago, when my teams were sprinkled with assorted Chloes and Maddies, two of the most popular female names at the time. I don’t believe either was inspired by a TV series or video game, but I didn’t have a lot of time to engage in either form of media when I had young children.

Not all popular baby names are connected with current events or trends. The Social Security Administration, an obvious source of baby name information since babies and Social Security are intertwined from Day One, proclaimed Liam, Noah and Oliver to be the top three male names of 2020 while Olivia, Emma and Ava took the top female spots. Lockdown, Mask and Fauci did not make the list. However, don’t expect to see a high school football team full of Liams in 2037, simply because the 2020 birthrate declined by a whopping 4%, according to the National Center for Health Statistics. Kind of makes me wonder why the most popular name last year wasn’t Why Are We Doing This?

Incidentally, James, an old standby, was the sixth most popular male name in 2020, proving that a percentage of new parents have no imagination. Or cable.

Which brings us back to the popularity of Squid Game. As I write this column, I have watched a few trailers of the show and my interest has piqued enough that I’m considering binge watching the entire series this weekend. My wife will be away, and it seems like the perfect opportunity, as I know from the trailers that Squid Game would not interest her, simply because Jennifer Anniston does not star in it. When she returns on Sunday, we will have a quiet dinner and catch up on our lives.

But that’s where it will end.

The last thing we need is a little Abdul Ali running around the house.

UntiThe Untold Story on Baby Book for Girls You Must Readtled
What’s In a Name?
The Labor Pains of Baby Naming: One Couple's Story
advertisement

UntiThe Untold Story on Baby Book for Girls You Must Readtled
What’s In a Name?
The Labor Pains of Baby Naming: One Couple's Story