The Pain and Loneliness of Pregnancy Loss

Published by My Dishwashers Possessed-Kathy Radigan on October 17, 2017 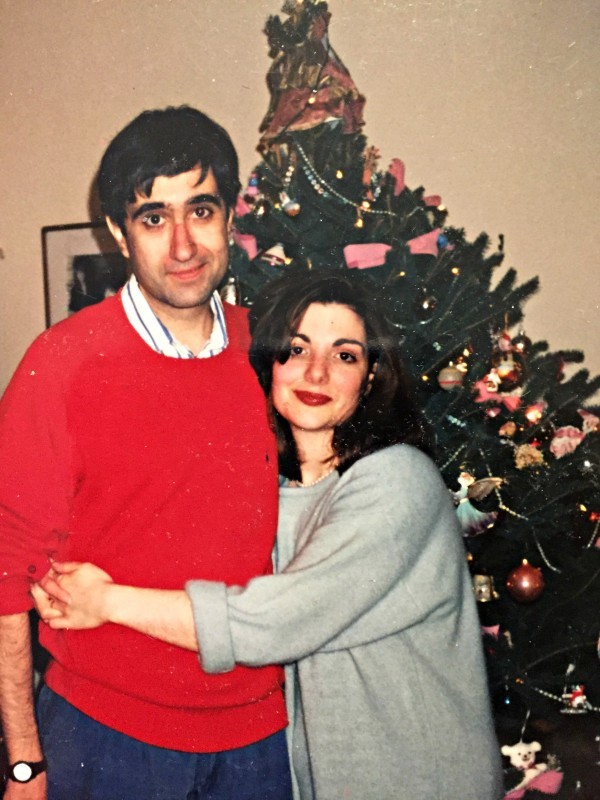 The first time I found out I was pregnant, I had just gotten home from work to our apartment. I was changing out of my work clothes and into something more comfortable when I noticed my chest in the bedroom mirror. It looked different. And a lot bigger.

Is it possible? Could I really be pregnant the first month we tried?

Though I had promised myself that I would not go crazy and would wait at least a week before I took a test, I couldn’t help myself. I ran to the drug store and picked one up.

I stood in disbelief when two lines instantly appeared. It occurred to me that I should have probably waited for Joe to get home so we could do this together. Then it crossed my mind that maybe I did the test wrong. It’s not really possible, I can’t really be having a baby?

I called the 800 number on the box and squealed with joy when the voice on the other end said it was impossible to mess up the test to get a positive result. I happily accepted her congratulations. I was beyond thrilled.

Joe was on a business trip and was due to come home from the airport in about two hours. The year was 1996 and neither one of us had a cell phone. I had two hours to sit alone with the knowledge that we were going to be parents. When I heard the key go in the lock, I touched my belly and said, daddy’s home.

We were heartbroken when at 10 weeks, the ultrasound showed us our baby but no heartbeat. I packed up the cards congratulating us, along with the letter from our insurance company saying I was preregistered at the hospital to have our baby in May, and put them in a box in our closet. This was November 1996.

I clung to stories of women who miscarried and quickly went on to have a healthy baby.

A few months later, it looked like we were getting our happy ending when again I saw two lines on the pregnancy test. This time Joe and I decided not to say anything until we were much further along. It was our secret and we were so excited.

Two weeks later we were crying on our bed again. I was starting to feel as if my dream of being a mother would never come true. Now I found comfort in stories of women who had two miscarriages and went on to have beautiful families. I also reached out to support groups for women who had lost pregnancies. I needed to hear I would be OK and would have a baby, soon.

Although my doctor suggested that I look into seeing a specialist, we decided to stay with our practice. I was sure I wasn’t going to be one of “those” poor women. This was just a blip. Our baby would come. This was February 1997.

It was now summer in New York. Once again Joe and I were delighted to see another positive pregnancy test. We were getting ready to move out of the city and into a house. We painted the spare room baby blue and looked forward to the day we would bring our bundle home.

But that pregnancy also ended in miscarriage. I was now what the medical community at the time deemed a “habitual aborter.” A three-time loser. There was no more discussion. My OBGYN sent me to a specialist. It was now August of 1997.

I welcomed and even searched out stories of other women who had experienced several losses, but it was getting more difficult and a lot more depressing. I worked hard to keep my hopes up.

A few days before Christmas, I got a call at work from my fertility specialist’s office. We had gone through genetic testing and a host of other tests, and this was the first month we had tried to get pregnant with medical intervention. Surely this was all we needed. The nurse told me that yes, I was pregnant. But the levels did not look great, and they wanted me to come in after the holiday to recheck the numbers again.

Four losses in 13 months. I was beyond devastated.

My mom had called me a few weeks later to tell me that her friend’s daughter was finally pregnant after years of infertility and a heartbreaking loss in the second trimester.

“Well, it’s wonderful for her.”

“But doesn’t it give you hope. This proves that it will happen to you, too.”

My voice went flat as I said that it proved nothing. I begged her to not to tell me anymore stories of other women getting their happy ending. I could no longer hear it.

I know her heart was breaking for me. She was only trying to help. I understood that. Yet I couldn’t help it.

My mother wasn’t the only one I was having a problem with. My sisters and friends didn’t know what to say to me anymore. I was no longer fun to be around. I cried at the drop of a hat. Joe was the only person who really knew what I was going through. I appreciated the feel of his arm around me whenever we passed a pregnant woman or baby in a carriage. But I also felt guilty that I couldn’t give him a child.

We decided we would try one more round of intervention, and then we would stop. I decided to go on a 30-day prayer vigil. Mind you, I have always considered myself more spiritual than religious, but I was desperate. Each day I would stop at a church by my office and sit in a pew and just ask God for guidance. At the end of the 30 days, I wasn’t pregnant but I felt a lot more peaceful. I was now interested in hearing stories of couples who had chosen different paths for their happy ending.

Joe and I started to look into adoption. We became open to enjoying our life the way it was. I had changed. The losses still hurt, but I was starting to feel joy again.

A few weeks later, I was shocked to find out that I was pregnant for a fifth time. Eight months later, I finally got to hold a baby in my arms. It was two years and a month after our first miscarriage. The happy ending that had come to seem impossible was now here, and it was so much sweeter than anything I could have wished for.

The Secret Competition in the Baby Loss Club
'Meet my stick figure family': Life after infertility and pregnancy loss
The Pain of Mother's Day After Pregnancy Loss
advertisement

The Secret Competition in the Baby Loss Club
'Meet my stick figure family': Life after infertility and pregnancy loss
The Pain of Mother's Day After Pregnancy Loss