The News In Gay: My Best Summer Ever

There’s been talk this week about giving your kids a 1970s summer. It got me thinking about those days of playing outside, drinking from the hose, watching reruns and soaps on TV, heating up a can of Spaghettios on the stove for lunch, then maybe wandering across the pasture to the creek and playing until Mom honked the horn on the Ford LTD when she got home from work. HEAVEN, right?

I am the baby of my family, so there were a couple of summers right around 1979-1980 when I was the only kid who still needed to be watched when school let out for the summer. My brother spent all day with Daddy going on veterinary calls and my sister sold peaches at a roadside stand. We didn’t have summer camps and all those ACTIVITIES back then. Maybe a week at Vacation Bible School–maybe two if you had cousins who went to another church. There might be some swimming lessons at the community pool, but that was it.

So I lucked out and got to spend weekdays every summer with Grandmama Eunice. Grandmama Eunice lived in an old white farmhouse about halfway between Gay and Greenville, right up the road from Jack Findley’s store. Mom dropped me off on her way to work at the DFCS office in Greenville. The screen door smacked behind me as I stepped into the wonderland that was Grandmama’s house.

It was HOT. Even though she had a big airy bedroom with purple velvet curtains and a vanity table, Grandmama slept in the dining room during the summer. It was the easiest room to cool with one window unit air conditioner, so she had a little cot in the corner next to the kitchen wall. She had her TV on a rolling cart, her big black telephone perched on the corner of the dining table, her makeup mirror on the corner of the mantle.

I sat on the scratchy carpet and turned the TV on while she made me a hot breakfast the likes of which you normally only saw on Christmas morning. Biscuits, grits, scrambled eggs, sausages. She’d scrape up that sausage grease and put it in a coffee can on the back of the stove. That TV was tricky. The sound came through right away, but some days it took a while for the picture tube to warm up. Price Is Right came on at 10, so I turned the TV on before 8 a.m. when I got there, in hopes that we’d be able to watch Bob Barker. It was OK to listen to the news with no picture, and the Rozelle show out of Columbus was OK, but we needed to SEE the Price Is Right to make our guesses. 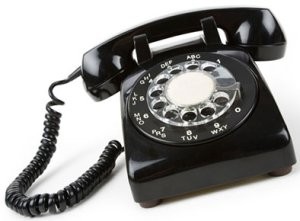 Mid-morning, Grandmama’s phone would start to ring. She had the coolest little job ever and I observed the mysteries of it like a novice nun. Grandmama Eunice wrote a weekly column in the little county paper, the Meriwether Vindicator. Her column was called “News In Gay” and it ran every week under her by-line and a picture of her with perfectly coiffed black curls and Sunday best lipstick. She kept a yellow legal pad and an “ink pen” next to that heavy black rotary phone on the corner of the dining room table. When people called with a bit of news, she would jot down some notes as they talked. The “News In Gay” covered everything from who put the flowers in the First Baptist vestibule that week, who was in the hospital and who was recovering at home, who had driven over to Newnan to have dinner at Red Lobster with their daughter and her new husband, a dentist. Who had extra tomatoes for sale, who hosted the Methodist Women’s Union, who was having a milestone birthday. My grandmother decided whose name got in the paper--that was a huge deal from where I sat, right there on the carpet waiting for Bob Barker.

In the afternoons, we would get in Grandmama Eunice’s baby blue Mercury Cougar and toodle around doing errands. She’d stop at Jack Findley’s and let me get a cold drink from the metal cooler with the sliding door on top. We’d drive over to Woodbury and pay the gas bill, or maybe go to visit a shut-in. Everywhere we went, people told her their stories for the paper. It was mostly good news, things they wanted to share. 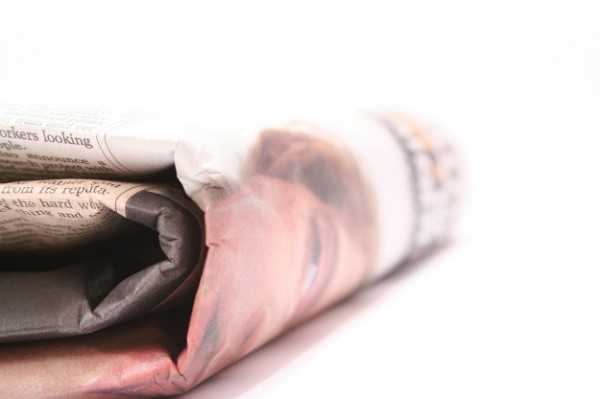 As best I recall, the Vindicator came out on Fridays, so on Thursday mornings, Grandmama would sit down at the table and turn her notes into her column for the week. In her beautiful Palmer script, she wrote out each tidbit longhand, with a blank line between each story. I wish I had some of those old columns. I searched on-line and the Vindicator only has digital archives back to 2002. Her language turned those ordinary events into News:

She used words to build community. I think I fell in love with writing on those hot summer days, traveling beside her as she gathered the news. Watching her turn everyday life into something special. 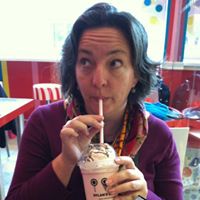 My New Best Friend: Advocacy for Kindness, Inclusion, and Representation
When mom comes out: A mother’s journey to celebrating her own queerness
You can't 'love thy neighbor' if you don't get to know them
advertisement

My New Best Friend: Advocacy for Kindness, Inclusion, and Representation
When mom comes out: A mother’s journey to celebrating her own queerness
You can't 'love thy neighbor' if you don't get to know them