The Neurological Reason Why Your Middle Schooler Acts Like a Toddler 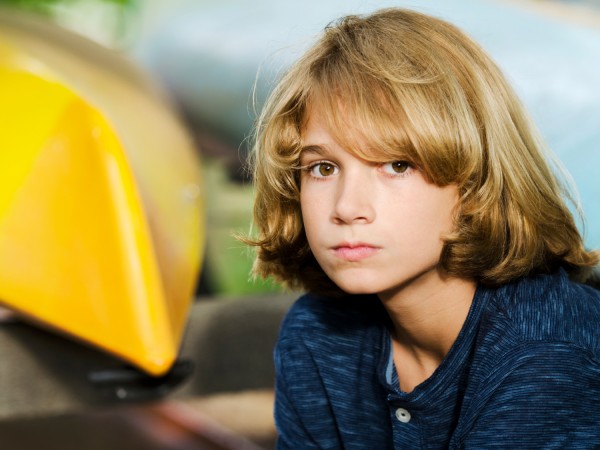 "Adolescence is a period of rapid changes. Between the ages of 12 and 17, for example, parents age as much as 20 years." ~ Author Unknown

If your middle schooler is no longer recognizable from the sweet, funny, and pleasant child you knew during the elementary school years, you are right. There’s a huge transformation going on inside their head. The middle school brain is undergoing a massive re-wiring, which will continue for several more years. But you can avoid your own aging, and support that brain development – as long as you are armed with the right strategies.

What to Expect and How to Improve the Wiring

During middle school, adolescents’ surging hormones and still “under construction” emotional control centers combine to produce behaviors that sometimes appear incomprehensible to rational adults. Events or changes most adults think inconsequential may seem huge to adolescents as they experience inexplicable mood swings. Similarly, concerns that you consider obvious and important may be interpreted as inconsequential by the still-incomplete frontal lobes (section of the brain) of adolescents.

What appears to be bad judgment, irrationality, or selfishness in your child most likely represents their brain’s normal, and temporary, developmental transformation. At a time when their bodies rapidly mature and they are able to take on more academic challenges, their brain’s networks of emotional self-awareness and self-management churn in the chaotic state of rapid transformation. Frequent circuit overloads and disconnections are part of the transformation as their adult control networks evolve and mature.

The good news lies in the outcome of their brain reorganizations. Emerging will be the construction of their brain’s executive function networks. These circuits in the prefrontal cortex, or front part of their brain, will ultimately provide the “top-down” control of emotional self-management, meaning they’ll be better able to control their emotions and actions. Even better, as these neural networks go through rapid change during middle school, the brain is extremely responsive to building strength and efficiency. This means that the guidance and opportunities you provide to put these networks to work will power-up and enhance their growth and ultimate potentials.

The system you’ll tap into to help your middle schooler boost his emotional self-management brainpower works through a process called neuroplasticity. The way neuroplasticity works is similar to how exercise builds muscle bulk. Each time a brain network (such as ones for controlling impulses, evaluating risks, or planning ahead) is activated, the stronger and more efficient that brainpower control system becomes. Simply, the act of using judgment to make a decision will build these circuits.

It is particularly during those moments when your middle schooler’s actions or choices push your buttons that you need to connect with your own brain control networks to remain calm in their storm.

It will help you make reflective responses to their actions (or inaction), if you keep in mind that even when your adolescent acts out, zones out, seems irresponsibly scattered, or does things to push you away, that she is living with a rapidly-changing brain that doesn’t yet know what it wants. If they seem like they’re all over the place, they are. At moments like these, think of your middle schooler as you would a frustrated young child acting out from hunger, frustration, or being overtired. Like small children, mostly they need a hug and attention to their basic needs.

Your adolescent, like that toddler, does need you to provide boundaries and hold her accountable for her actions. But, also like the toddler, she needs you to be the calm, supportive parent you were in her younger years when she had those similar lapses in her emotional control.

How to Boost Emotional Brainpower Through Setbacks and Rule Breaking

It is completely reasonable to be frustrated by your middle schooler’s setbacks, failures, or rule breaking, and to follow through with appropriate consequences. But how you handle consequences can have a big impact on your tween’s character and emotional-control strength building.

Setbacks are particularly powerful stressors for adolescents but also teachable moments. Examples include poor grades on tests or assignments for which they think they were well prepared, projects not completed on time even through they tried to stick to a schedule, math problems unsolved despite their efforts, misunderstanding complex textbook reading, or suffering the embarrassing spotlight of making mistakes when called on to answer a questions in class. By helping to support your tween through setbacks and rule breaking, you can turn frustration into learning.

As a parent of a middle schooler, you are critically important in guiding your child through these tumultuous years. Now is when his or her brain’sacademic, emotional, social, and ethical development is at its most sensitive responsiveness. Your guidance and the model you set will serve as a lighted pathway to construction of the social-emotional skills, personal values, and self-reliance your child needs to both thrive now and achieve their future dreams.

This piece is part of a week-long series with tips for how parents can help their kids survive middle school. Check out some of the other posts about middle schooler's developing brains, how to survive social drama, navigating academics, and a tear-jerker from NBC News Anchor Kate Snow. More to come each day this week!

Help Your Middle Schooler Go from Survive to Thrive
Middle-Age Moms and Middle School Girls: Do We Have More In Common Than We Think?
How to Get Kids to Focus
advertisement

Help Your Middle Schooler Go from Survive to Thrive
Middle-Age Moms and Middle School Girls: Do We Have More In Common Than We Think?
How to Get Kids to Focus