The Mama Who's Lost Never Forgets There Should Be At Least One More. 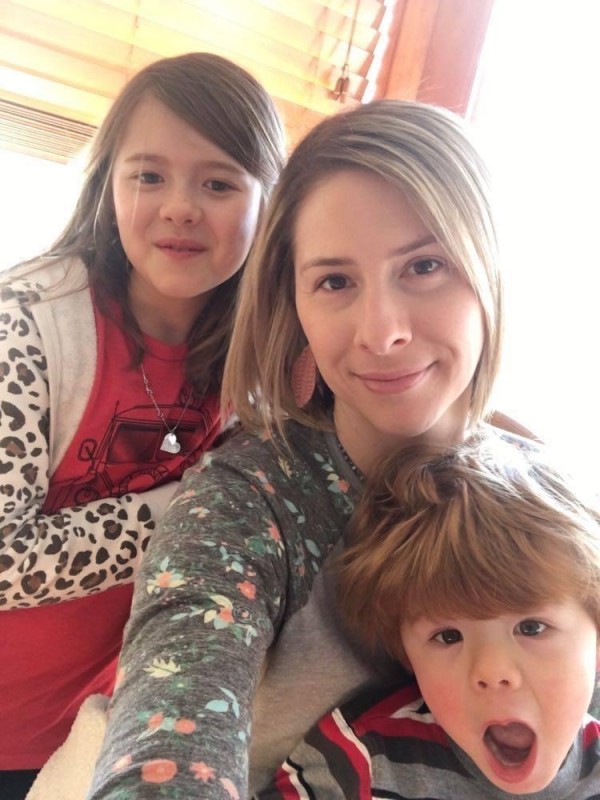 I thought there'd be one more.

One more baby to swaddle and sway to sleep in my arms.

One more baby to praise for those first steps taken and first words spoken.

One more baby to watch transform into a child, so very slowly and so very quickly all at once.

One more baby to call me mama.

But they'll hold only two, at least here on earth.

Despite the fact that I've been pregnant four times, that four babies have called my body home.

Maybe it's the new babies in my newsfeed that have drawn me into a place of grief for what I thought I'd have, but don't.

I'm fortunate to have two in my arms. So very fortunate.

But sadness lingers, because I thought I'd have another.

The road to one was paved, easy, with not one bump to speak of. And I didn't know how lucky I was.

But the road to two children in my arms? Not so much.

There were sinkholes that swallowed my next two babies. Detours that left me scared, lost, and hopeless that I'd ever find my way back to the road that led to another living newborn baby.

But that treacherous road finally led to a rainbow. A new baby, a new life that helped bring me back to life.

And for a time, I thought maybe, just maybe, there could be one more.

I knew leaving the baby years behind was the right decision.

Even though I didn't want to.

Sure, I might have had another healthy baby. Sure, I could have chosen to return to that road of pregnancy after loss. But that route could just as easily have resulted in more loss. And I didn't have it in me to attempt the hazardous journey again.

So, I'll love the two I get to hold. I'll fold my hands in deep gratitude for the opportunity to have them here with me.

And I'll grieve for what I thought my motherhood would look like, but doesn't.

Because no matter how many babies she holds in her arms, the mama who has lost never forgets that there should be at least one more.

Motherhood Isn't What I Thought It'd Be
Before I knew it was autism
"He'll Have The Most Exciting Story To Tell!"
advertisement

Motherhood Isn't What I Thought It'd Be
Before I knew it was autism
"He'll Have The Most Exciting Story To Tell!"