The lunch my high school graduate never got to eat 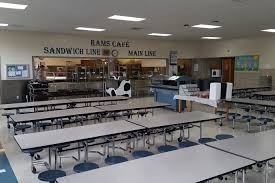 The brown paper sacks sit in the kitchen pantry, unused and likely headed to the recycling bin in their original form.

Since 2001, the year my first daughter boarded a bus to kindergarten, these bags held apples, sandwiches with and without crusts, chips, crackers, cookies, dollar bills, loose change and the occasional inspirational note.

My youngest daughter is a member of the now infamous high school class of 2020; her days of carrying a lunch to school were ending this year. My wife, the chief lunch maker, and I, her faithful substitute, knew it. Still, there was never a chance for either of us to make that final lunch, the last chapter in that ongoing saga of sleepily preparing the day’s second meal while simultaneously serving the first in the form of cereal, frozen waffles or whatever would sufficiently awaken our kids just enough to strap on a backpack and head out the front door.

On May 30, from my family room couch, I watched my youngest child virtually graduate high school. It was a weird, yet valiant attempt to recreate the commencement experience. The principal and superintendent spoke; “Pomp and Circumstance” played, and a handful of graduates’ names were butchered. Still, I spent the entire ceremony imagining I was in a stuffy gym, surrounded by grandparents fanning themselves with programs, waiting for my daughter to stride across the stage and, upon accepting her diploma, change the position of her mortarboard tassel from right to left. The lone advantage? I could pause the ceremony if I so desired.

Robbed also of the opportunity to create one final lunch, I am left to imagine what that brown paper bag would have contained.

Obviously, I’d want her to be happy; so, the bag would feature nothing containing excess sugar, gluten or salt. And no processed meat products whatsoever. Like her physical appearance, my daughter’s tastes have, uh, become more refined over the years, particularly once she reached high school and became a star athlete.

More than once, I considered, as a joke, making her a “theme lunch,” that theme being first grade. She would open her bag and find a pink lunchbox with a butterfly. Releasing the clasp, she’d see an Uncrustables sandwich oozing jelly, a bagged snack with contents dripping in vegetable oil, and a Snickers bar. I never had the guts to follow through on my plan, for doing so would have left her mortified. And hungry.

Instead, she’d see a turkey burger with her favorite garnishes: tomatoes, cucumbers and chickpeas. Yes, CHICKPEAS. Maybe I’d throw in a slice of Ezekiel bread, made from, the website states, “freshly sprouted organically grown grains.” She could spread hummus or Greek yogurt on the bread if she desired.

She’d wash it down with a bottle of water, for that’s easier to pack than 12 ounces of almond milk. Against my better instincts, I’d slip in a piece of dark chocolate but would add a note that said, “It’s your last lunch. Feel free to trade this for another slice of Ezekiel bread if you wish.”

Ah yes, the note. What do you say to a kid spending her final day in a school cafeteria, sitting shoulder to shoulder with peers, some of whom had been her lunchtime companions since elementary school? Best to write something from the heart, sprinkled with a few descriptive words that would conjure up memories of the different foods that awaited her when she opened her lunch over a 12-year span.

“Ho-ho, it’s Dad. I know you’ve been reading these notes since you were a little Twinkie. You’re so close to receiving that diploma, the fruits of your labor so to speak. Then it’s off to college, heading, cold turkey, into a new environment. I’m so proud of you and love you from here to the Milky Way. Be safe, make good choices and a big Payday may await you. You will always be the apple of my eye.

And that’s no baloney.”

Who Else Is Savoring The End of School Lunches?
Goodbye Yellow Brick Road
Kids need mental health days too
advertisement

Who Else Is Savoring The End of School Lunches?
Goodbye Yellow Brick Road
Kids need mental health days too