Published by Brittany Jedrzejewski on March 19, 2020 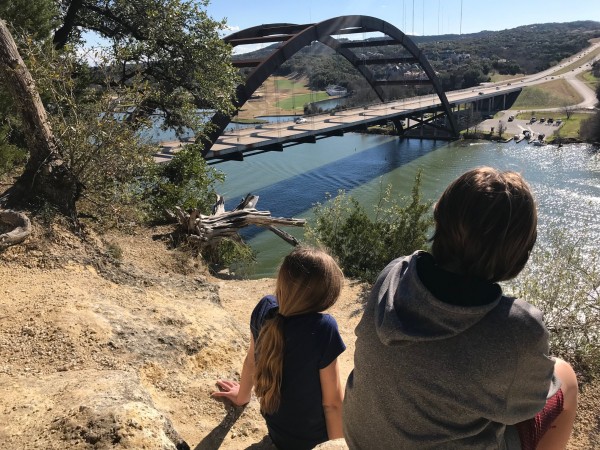 I woke up at 3 am this morning and jolted upright. Our kids are being fed – sometimes literally – lies that can – and do – damage their mental and physical health. These lies are burning inside of me. As a parent of a teen and tween, I see, read and hear about vaping everywhere. I’m terrified. It is a nationwide epidemic, and I am infuriated our middle and high school kids are the customers targeted by vaping companies. I feel helpless. I am exposing these lies, and the lie that vaping is safer than smoking is only one of many untruths. In this blog series, I attempt to bring awareness to these lies in the hope that by writing about them, we take away their power – and protect our kids. This post specifically covers vaping and marijuana.

Lie #1: E-cigarettes (Juuls/vapes) are safer than smoking cigarettes. It’s a scary reality that vaping companies are using predatory marketing to target middle and high schoolers. They’ve convinced our kids that vaping is safer than smoking cigarettes. They really have, just ask your child. This has led the FDA to create the “The Real Cost” Smokeless Tobacco Prevention Campaign with the central message, “smokeless doesn’t mean harmless.”

After all, there are fun (synthetic) oils of all flavors. One common misconception among tweens and teens is e-cigarettes don’t have nicotine, just water and flavoring. The vape can connect kids from all social circles and make your teen feel like they fit in. This creates a perfect storm: fun, accessibility, perceived harmless, exposure to social media images, underdeveloped frontal lobes, feeling invincible, and a small form factor that’s easy to hide or overlook.

One teen wrote about the dangers of vaping, namely addiction. He can’t get the same high from the nicotine anymore, but his body now needs the chemical to avoid withdrawal symptoms. Any smoker will confirm (as will research and all the products and programs on the market to help smokers quit) that nicotine is a highly addictive substance. Each Juul cartridge—which contains about 200 puffs—has as much nicotine as an entire pack of cigarettes. It’s not only the amount of nicotine that is dangerous, but how quickly it gets into the bloodstream and into the brain.

In addition, while we won’t see the long term effects of vaping until much later, a 2016 study suggested that the flavoring agents in the cartridges in vapes can cause popcorn lung, a respiratory condition first seen in people working in factories that make microwave popcorn. In the news most recently are incidences of teens experiencing sudden, severe lung failure after vaping and as of October, there have been 33 deaths.

Vaping is not safe – it’s dangerous to your child’s mental and physical health – don’t let your child think it is okay.

What can parents do? First, use your voice. Social media is a great outlet to educate other parents. Join an advocacy group – there has been a lot of pressure from such groups demanding government intervention on the marketing and accessibility of vaping to kids. In September, 2018, the Food and Drug Administration announced that they would take action against retailers and manufacturers of e-cigarettes who target the nicotine products at young people (e-cigarette maker Juul is banned in the European Union because of dangerously high nicotine levels. They recently announced they’re halting sales of fruit and “dessert” nicotine pods due to a “lack of trust” from the public; and are cutting approximately 500 jobs). Second, talk to your kids often about the dangers of addiction – especially in an adolescent brain. Listen to them about what they know and think about vaping and inhaling synthetic substances. This tip sheet answers the six most asked –and challenging questions – your child will ask about vaping. Third, understand who we’re fighting: over 95 percent of the market for e-cigarettes is dominated by five companies: MarkTen, XL, Logic.Vuse, Blu and Juul. My son and I have a promise that he won’t vape (something I’m passionate about); and I won’t get a tattoo (something that’s important to him).

Lie #2: Pot isn’t addictive. Pot IS harmful and addictive, but not in the same way as nicotine. While it doesn’t cause physical withdrawal systems, it can create a psychological need. Kids can use it to numb themselves due to any variety of reasons. As adults, we numb ourselves in our own way too. I shop, exercise, read, binge watch Netflix and eat to sooth (and numb) myself. Smoking pot as a way to escape these pressures and uncomfortable feelings can create long term use. According to Mayo Clinic psychiatrist Michael Bostwick, for about 10 percent of young people under the age of 18, the drug becomes addictive. Its relaxing properties turn into a constant psychological need. The psychological craving is not something to dismiss as it can be as strong as withdrawal symptoms.

Teen therapist Betsy Fredrickson states, “Weed may not be physically addictive, but I believe it is emotionally addictive. It’s really important to know your family history of addiction and talk to your kids about it so they consider their risk factors for addiction. If they are smoking, ask them why and when they are using? Is it to escape poor grades, to be on the same plane as their friends, to numb themselves, or to sleep? This will give both parents and teens insight into why they are doing it and may lead to better choices regarding smoking. This is when I believe weed becomes emotionally addictive – using it as a way to deal with things going on in their lives.”

How widespread is pot usage by teens in the U.S.? A 2018 article in U.S. News & World Report cited that 41 percent of American high school seniors report having used marijuana or synthetic cannabinoids in the past year. With almost half of high school seniors having tried the drug, here are the 3 things you need to know, all of which are supported by scientific evidence: marijuana slows brain development in adolescence; the drug is addictive, especially for teens who are most susceptible to addiction; and the pot ingested today is a different drug than it was 20 years ago. In addition, with an easy to conceal e-cigarette device, marijuana oil is undetectable by smell.

While pot (by the way, kids today call it “weed”) is occasionally referred to as a gateway drug (it wasn’t for me, but is for many) – especially for teens – it’s important to teach our kids that weed itself is a drug, and is dangerous to them. With more and more states legalizing marijuana, what can parents say to our teens about pot that would really make them stop, listen and understand?

Frederickson recommends tools to help them manage their time and get the sleep they need, “Time management is a huge tool to help teens learn. Many teens are starting their homework so late at night and are notoriously sleep deprived. When they do try to sleep, they aren’t able to shut their brains off because they don’t have a routine to tell the brain it’s time to shut down and will often turn to marijuana as a maladaptive coping skill to sleep. In addition to establishing routines, there are apps that help teens’ brains transition to sleep (like Calm) and ones with alarms that nudge your teen awake during her/his lightest sleep (like Tide) phase that can help.”

Some parents drug test their kids sporadically not because they don’t trust their teens, but because it gives the kids a solid excuse to say no when it’s offered to them. For this to work, having a clear conversation with your kids and a consistent follow-up – and follow-through are critical. I am torn on this. There are other ways you can coach your kids HOW to say no when under pressure, while still remaining cool. Like “no thank you, I’m allergic. It totally sucks”; or “My mom used to smoke pot when she was younger and now she can smell it from a mile away. She checks my clothes every night. Can’t do it, man.”

Another critical communication point is reminding your teen that regardless of state laws legalizing marijuana, it is illegal for anyone under 18 years old, similar to cigarettes, vaping and age 21 for alcohol. Don’t convince yourself that marijuana is the healthier choice.

Soon to come is a follow-on post in the series “The Lies Our Children Are Told.” It covers feelings – namely boredom and anger – that society tells us aren’t safe, normal or okay.

I'm a grateful mom of a tween and teen, and I write as a way to process what I'm experiencing (and learning) in my motherhood journey. I hope to help others by being vulnerable and honest. I love to run, read, explore, volunteer, and I'm a believer in the power of kindness. I tell my story on Instagram @theoutdoormamalife.

The Danger of Rationalizing Teen Marijuana Use - Today's Joint Packs a Powerful Punch
Should You Smoke Weed In Front Of Your Children?
5 Reasons Why The Teenagers Are Attracted To Marijuana
advertisement

The Danger of Rationalizing Teen Marijuana Use - Today's Joint Packs a Powerful Punch
Should You Smoke Weed In Front Of Your Children?
5 Reasons Why The Teenagers Are Attracted To Marijuana