The 4 words that inspire my son to dream 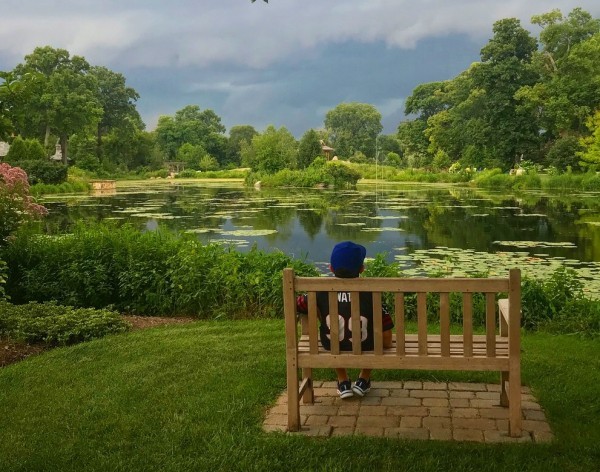 The storm gathered quickly, erupting from the clouds and shocking me with its rage. No clouds dotted the horizon. No warnings sounded in the distance.

That’s not exactly true, actually. If I had paid attention, I would have seen the changing barometer of his face. I would have noticed the frustration and the building pressure, threatening to burst. But this phase of life is new; I’ve never been the mother of a tween before.

Today, he is angry and hurt because I don’t support his dream of being a gamer and/or YouTuber. It’s almost funny, typing that, except that to him it’s not. His best friend has a strong affinity for the apps that kids love to play currently, and the best friend’s father shares his love for them as well. My son sees them playing together and he envies that.

To our son’s chagrin, neither I nor his father are gamers. I did have an Atari console when I was a kid, but Pong hardly held my attention the way games do now. So the idea of him becoming someone who spends hours in an online world and not pursuing something else ... anything else, practically ... is something I can’t fathom. And so the conversation goes like this:

“You’re not going to be a gamer,” I say. And then I lay out the reasons why he needs to get offline more often.

My son and I have had talks about puberty and hormones and his changing body, for a few years now. I bought him a book called "Guy Stuff" by the makers of the American Girl doll because I had given my oldest niece a similar one for girls when she turned 13. We’ve talked through mood swings and the ways his body will change and I tried to prepare him. I remember the confusion and bewilderment of his age and how rapid the transformation from kid to young adult felt to me.

Tonight, though, the emotions are overwhelming to both of us.

Tears stream down his face as he struggles with the feeling of loneliness that accompanies feeling misunderstood. And he surely feels betrayal as one of the people he loves and trusts most has just told him that his ideas are invalid. He hears me say that his dreams, in a word, are garbage. To him, I have just said that he, by extension, is garbage. Now that I can see that in my rear-view mirror, I am heartbroken by my callous and flippant response.

So I did what many moms have done for eons: I asked for advice from my friends. Explaining that I am opposed to the idea of my son locking himself to a game console for hours on end because I don’t want to encourage this pursuit, I laid out the situation. My mom friends, as they often do, offered real talk about how to process this hurdle. First of all, they said, he’s 10. His windshield to the world is partially obscured; he's still figuring out his place and expanding the view every day.

My friend Leigh Ann has three girls with daydreams of their own, and when they bring up an idea that seems preposterous to adults or a silly notion, at best, she says four little words that validate them, shows that she is listening to them, and stops to imagine that with them for a moment. All this, without telling them that their desire to be an animal trainer for bearded dragons or a trapeze artist or even Batman is impossible.

“Wouldn’t that be great?” she says.

Think about that for a second. What did you dream about becoming when you were a child? At one point I wanted to be a child psychologist. Then I wanted to be an artist. Then I was sure I’d be a fashion designer. No one ever said to me, “That’s ridiculous.” Or “That’s impossible.” Maybe I got a neutral “Mmm-hmmm” from my mom when she was distracted.

By telling my son that he could not be a gamer, I was telling him that his hopes and reveries don’t matter. I'm supposed to be the one who lifts him up and tells him that not even the sky is the limit. That he can be anything and anyone he wants.

I started to take Leigh Ann’s advice and started saying, “Wouldn’t that be great?” when he daydreams aloud. And I found something remarkable started to happen: he daydreamed even more. He built a roller coaster for his stuffed animals in our living room. He designed a whole theme park on paper. He and my husband created a game with wood and power tools. It’s as if he started to bloom again, nurtured by rain and rich soil and someone to bathe him in sunlight instead of putting a blanket over him. These four words have kicked open the door to possibility. And not a second too soon.

I could beat myself up for being insensitive and obtuse, but instead I’m going to give myself a little grace. I’ve never been the mother of a 10-year-old boy before, and I want to be the ideal mother who never wants to make any mistakes ever again.

Wouldn’t that be great? 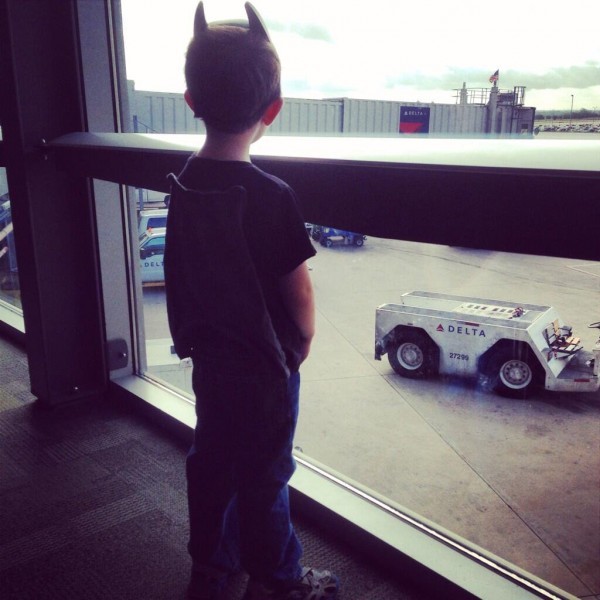 Kristin Shaw is a writer based in Austin, Texas. For more of her writing, you can find her at KristinVShaw.com for parenting, music, and entertainment, and she's the editor-in-chief at CarsHerWay.com. Her essay and video "I can still pick him up, so I do" has been seen by millions of viewers on the TODAY Parents platform.

You Lead and They'll Follow
The Day I Lost My Son
Even in a pandemic, a snow day is still a snow day
advertisement

You Lead and They'll Follow
The Day I Lost My Son
Even in a pandemic, a snow day is still a snow day