Believe it or not, you will grieve 'the elf life' when your elf retires 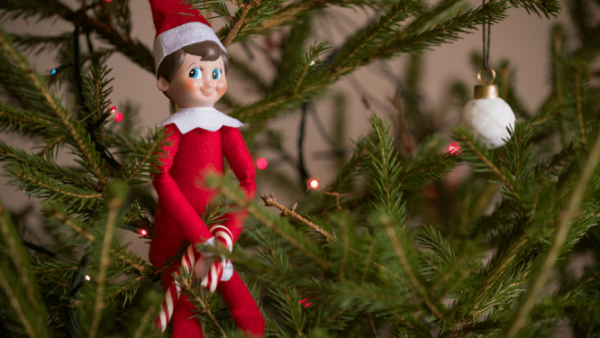 "The Elf on the Shelf" is a book written in 2004 by Carol Aebersold and her daughter, Chanda Bell, that describes how, during the Christmas season, magic elves travel back and forth to the North Pole helping Santa decide which children belong on the naughty or nice lists.

Since my daughter was born in 2004, and since her friends all had elves, we had an elf join our lives somewhere around 2009. The kids named our elf Freddy. Every morning during the Christmas season, the kids woke up and ran around the house looking for Freddy in his new hiding place.

We were never elaborate in our elf mischief like some more creative parents. We never, for example, made a big mess in the kitchen that was “Freddy trying to make cookies.” But he has appeared, to the kids’ delight, on the Christmas tree once it’s decorated for the past 12 years.

He hung from the ceiling fan in their bedrooms. He hid on a table in the living room. He swung from the banana holder. He would have a dance party with the Barbies or read Christmas stories to the stuffed animals. He would travel to the North Pole with the kids’ friends’ elves, Gerardito and Elfie Jenta. When they spent the night at Grandma’s house, he showed up there, as well.

Being in charge of Freddy was fun, but it was also one more thing to do every day during the Christmas season. The kids left him notes with questions like “how old are you?” and “what makes Christmas magic?” There were nights Freddy would forget to move, and the next night there would be extra notes from all three children wondering what was the matter with Freddy.

So this week I’m writing to all of you younger moms and dads that are still in elf-hiding hell, jumping out of bed when you’re almost asleep to move the elf to a different location in your home, cursing the creators of this Christmas tradition, because what happened to me this week is coming for you someday, too.

My youngest child is now 11 years old, that period of life between the innocence of childhood and the beginning of the teen years. He is at that place where he believes but he doesn’t believe, where things that don’t make sense actually don’t make sense, where the cynicism that befalls all adolescents creeps in.

He has been telling me he doesn’t believe that Freddy moves on his own anymore. He’s been saying he knows I move Freddy, or his dad moves Freddy. He says he knows that’s why the two older kids don’t write to Freddy anymore, or look for him.

One morning this week, because he’s so savvy, my son quietly whispered to Freddy and then looked me in the eye. “I just told Freddy where to hide to prove he’s magic. If he’s not there, I know you’re moving him.”

The following morning, Freddy was not where my son had told him to hide. He then whisper-yelled to Freddy to “hide in the bathroom tonight.” When Freddy was in the bathroom the next morning, my son threw up his hands and said he proved his point. “Freddy only hid where I told him to when my whisper was loud enough for you to hear. I know it’s you.”

So that night, in the same Freddy handwriting I’ve been using for 12 years, I wrote this note with tears streaming down my face, from Freddy to my son.

“It’s OK if you are questioning the magic. It happens to every single child as they grow up. I don’t take it personally. It happens to every elf, and for every child. That’s why I move less as you get older, and I get older. As children mature, they believe less in elf magic, but they believe more in the real magic of Christmas: love, giving, traditions, family and friends. And in that way, I stay magic forever, even when I am an old, retired elf. I have loved being the Schlegel Elf for the past 16 years. And I will always be your elf. I will always thrive on Christmas Spirit. Love, Freddy.”

That night, my son left Freddy a note apologizing for doubting the magic. He half-heartedly looks for Freddy in the mornings while his teenage siblings sleep in. And I am enjoying every moment of it, because I know the note I wrote above is one of the last Freddy notes I’ll ever get to write. Raising kids is a rat race sometimes, but it doesn’t last forever. Enjoy the elf life while it lasts.

The Santa Interrogation
The Elf on the Freakin' Shelf
RETIREMENT ANNOUNCEMENT: NO MORE ELF ON THE SHELF
advertisement

The Santa Interrogation
The Elf on the Freakin' Shelf
RETIREMENT ANNOUNCEMENT: NO MORE ELF ON THE SHELF