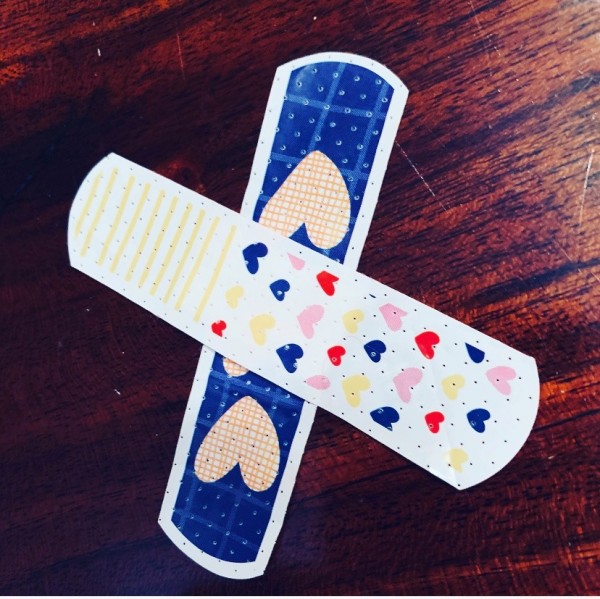 The day mom ran out of Band-aids was a rough one.

You see, that mama wasn't just out of Band-aids, she was out of

But she is, I promise.

She is just like you if ever you've had a day that you thought might break you,

a day that challenged you pretty good,

a day where things went wrong,

where if you weren't cleaning up sh*t,

you were dealing with peoples'.

And maybe it wasn't astronomically bad, and perhaps it wasn't even so horrible, now in perspective.

But, it was still hard, nonetheless, because each day as a parent is.

Finding yourself, every day, in search of Band-aids to help mend the boo-boos, which, more often than not, mark your days.

There are physical boo-boos and emotional ones.

There are the ones accidentally acquired, and ones that were never meant to be caused.

The day mom ran out of Band-aids was a rough one; that's a definite.

But that was yesterday.

It was a terrible, horrible, no good, very bad, Alexandar kind of day.

But today is a new day.

Or so mom is going to avow and ensure.

Because, today, she's back in action.

She is just like you if ever you've had a day where you've pulled yourself together with a strength you didn't think you had.

The day mom ran out of Band-aids was a rough one.

But the day that followed wasn't because mom set out to make damn sure it wouldn't be.

As it was the day, she decided that she would do whatever she needed to keep her peace and sanity.

being a parent is like being on a rollercoaster, one that you're not always sure you are brave or adult-enough to ride,

that being a parent is finding out you were made for that rollercoaster, and every freakin' up and down and around it takes you on,

and that being a parent is having days where you run out of Band-aids and tolerance for the child who feels their world is ending without one, but having other days that feel like magic, when your mother hug is more comforting and pain-stopping than any 2-inch piece of adhesive.

The day mom ran out of Band-aids was a rough one, but the day mom realized she carries healing power, all her own, well, that was a great one.

Damn. Motherhood is hard.
Paving Your Own Way
Three Summer Safety Tips EVERY Parent Should Know!