The Dawning of the 'Dalai Mamas': Welcome to the Age of Female Bonding 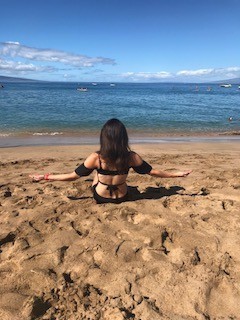 It’s official: Backstabbing is so yesterday’s news, and there’s a cushy place in hell for “Mean Moms” too. There's a new sheriff in town, and she’s both badass and kind AF. Weinstein & Sons, lawyer up, move over and make way for the “Dalai Mamas”— the new breed of women emerging, who are hellbent on spreading compassion, forgiveness, tolerance, discipline, solidarity, strength in numbers, spiritual guidance, and most of all, choosing your happiness along with their own.

We have all been witnesses to the phenomenal female bonding taking place on the national stage. We all — no matter your politics — high-fived after hearing Oprah’s brilliant unifying speech at the Golden Globes. We all have been watching day after day as myriad women have come forward — celebrities, politicians, CEOs, academics, media personalities, Silicon Valley techies, chefs, etc., to reveal their personal sexual harassment traumas and support of others by saying: “This shit is just not going to happen anymore. We will take you down.” In other words: Time's up, boys. You can take your exposed balls and go home. There are new rules being put into place now.

Estrogen is the new black. Kindness is no longer in the gray. The repercussion of mass sexual harassment exposure is having a trickle-down effect.

Whereas I used to hear awful tales of terrible Mom behavior on a daily basis, I’m now hearing lots of positive stories of Moms stepping out of their own crazy schedules and helping other Moms. Why?

The Age of Kindness is finally in the House. It’s no longer what do I need, what do my kids need, but, Girlfriend, how can I stop my life to help yours?

So there I was on a beautiful vacay in Hawaii with the kids—winter break. It was all so perfect on the outside, but once you pulled away the palm trees I had a lot of internal crap going on. For a writer who urges others to seek help, here's the full disclosure: I barely follow my own advice. I hate being vulnerable. There, I said it. But I needed help.

As they say (who are they by the way?), you are only as happy as your least happy child. Well I was worried about one of my daughters, who was going through something very difficult. I couldn’t sleep, couldn’t eat, couldn’t enjoy my very pricey slice of paradise. And the worst part is that I had to pretend I was. I tossed and turned, downed Melatonin like Lifesavers. To no avail. I couldn’t really talk to my husband because he had already heard my anxiety about the subject at least one hundred times (and that’s 99 times too many for a guy). I needed my women around me to discuss and dissect and find solutions. But the damn truth is I was totally alone.

It was 4:30 a.m. and I was under the covers with my phone, reading through Facebook, trying to fall asleep but I couldn’t, so in the wee hours I sent out a simple S.O.S. text to a few women to discuss the subject at hand, which began, “Hi X, I can’t sleep, I’m really worried about …”

Within seconds, they responded ... Andrea from Plano, Debby vacationing with her family in Puerto Vallarta, Marla from Chicago, one of my sisters-in-law, who was heading out of the country with her own family the very next day. Every single one of those women stopped her life, her personal frenzy, to deal with mine. They sent calming words, offered solutions, gave their love and reassurance, and it all boiled down to one thing: I’m here and I won't let you fall.

All my fear alone in the dark, under my covers, magically lifted. My problem wasn't solved but I felt supported, heard, and most of all, I was no longer alone.

There, right there. That was the moment I truly understood what #metoo and Time's Up was really all about. I had exposed my vulnerability and the Dalai Mamas didn't flinch; they flocked.

“Dalai Mamas” is not just a spirited movement, it is movement itself. Women are shifting, peeling away the protective layers, and saying, Life is hard, been there too -- how can I help?

I’ve always said it’s the little things that are really the big things. And especially the surprises.

Case in point … A friend called me up the other day and said, "You want to hear my ‘Dalai Mama’ moment? So my twins are going to visit University of Maryland and they know no one. I was really nervous about it. I saw a picture on Facebook of a random Mom with her young kids and they were wearing pint-sized Univ. of Maryland sweatshirts. I decided to direct message her, introduce myself and ask if she had any advice about the university because I knew no one there to talk to about it. The very next morning at 7 a.m. I woke up and this woman not only messaged me back but had taken it upon herself to arrange for me to speak to three Moms about the school, and gave my girls a list of freshman girls to connect with when they toured. Who was I to her—nobody! And yet she went out of her way to help me and made sure I would be comfortable. I was beyond touched.”

Perhaps that’s what the exposure of Weinstein & Company did for women, if one believes in silver linings … It set the ball rolling to remind us of the one thing that has been forgotten in the selfie-ish age of post-Ms. Magazine feminism. That yes, we are better together.

It's the dawning of a new age for women, both at the workplace and in your own backyard. Be enlightened, be a Dalai Mama. Look around, listen, spread your wings, and take action — female bonding and unconditional support not only goes a long way, I promise you, it makes all the difference.

Lisa Barr is the editor and creator of GIRLilla Warfare and author of the award-winning novel, Fugitive Colors.