Published by Danielle Sherman-Lazar on July 13, 2018 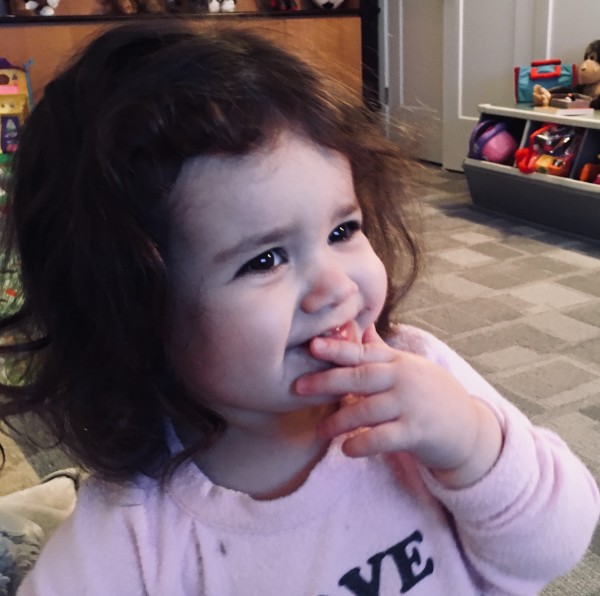 I used to think when I took my first born to music class as toddlers ran amuck like cheetahs going after some guineafowl, destroying everything in their line of vision. No EXAGGERATION! I’d guard my first born, creating armor with my body, protecting her.

I used to think when I’d go to the grocery store and see a toddler throw himself onto the ground in protest, with a tired mama struggling to lift his dead weighted body up.

I used to think when I’d go to a class and see the kid who never listened. The kid on the beam while the rest of the kids sat listening and participating in circle time.

Then my sweet baby girl grew up and became a toddler. And guess what? For those of you who have toddlers that statement should be self-explanatory. For those who don’t, my kid has become the “that-will-never-be-my-kid” kid.

Oh, take today, for example. We were at a music class. The baby loved it. The toddler, not so much. She was acting like those toddlers that I swore my kid would never be. A cheetah, attacking my back and screaming---probably partly because she didn’t nap after three hours of camp, but gosh.

She was running around, spinning in circles, hiding under a table. I tried to get her out and she kept going back under the table.

But ha that will never be my kid. HA.

It got to the point too, where I left her under the table because she was “less of a danger to baby-and-toddler-kind” hanging under there. I didn’t want to leave because the baby was enjoying the class and we do everything around the toddler’s schedule. My sweet baby girl should get some lovin’ too…right?

And guess what? That will be your kid one day too. Because even the kids who are the best behaved have off-days. They are human beings! Imperfectly perfect little beings with feelings and emotions. They are like us adults, but far cuter and way more innocent. You have off-days. They do too. And you know what? Our wild cheetahs are great because of that little spunk that makes people think “that will never be my kid.” Because those ““that-will-never-be-my-kid” kids have our entire hearts.

Newborns vs. Toddlers: 6 Big Ways They Differ
It's a harness. And it's fine.
​Stooping
advertisement

Newborns vs. Toddlers: 6 Big Ways They Differ
It's a harness. And it's fine.
​Stooping