Thanks for the memories, Facebook...sort of

After the “fake news,” the annoying ads, the spread of misinformation. Even after the platform mis-fired and “boosted/targeted” my recent article to angry transphobes, who quickly filled my “Author Page” with hateful tropes and misguided messages. (Umm, I do wonder how/why FB seems so adept at targeting anti-vaxxers and extremists wanting to overthrow the government yet so lousy at targeting pro-LGBTQ peeps, but that’s a topic for another article.)

Yup, I still like my damn Facebook. It connects me. Keeps me up to date. Reminds me of birthdays and anniversaries, something I’m notoriously bad at remembering. It also reminds me of the son I no longer have.

Today’s FB memory? A picture of Jacob and Gideon waiting for the elevator in our New York City high-rise. Gid was splayed on top of Jacob, half smothering, half cuddling his (one-minute) older twin brother. Both kids smiling, both kids dressed for wintery weather, both kids seemingly happy. G’s big blue eyes accentuated by his blue pom-pom hat; his hair, which he’d recently begun growing, peering out from underneath, some little waves starting to form. Jacob pretending to wriggle in pain, though clearly enjoying being enveloped (more like crushed)- his wide grin belying any temporary discomfort.

I still remember taking the pic…and the laughter emanating from both boys as I did so. Though when I look at the picture today, I don’t quite know whether to laugh or cry. Yes, it’s a beautiful memory. And yes, I can still hear their squeals of delight. But the image itself depicts a family that no longer exists.

Four months after “the smothering,” Gideon told me he was a “transister.”

“Do you mean, transgender, my love?” I asked G.

“Yes, transgender. When I was in your tummy, it was a mistake. I was supposed to come out a girl.”

Several months later, Gideon changed her name to Gabriella. My husband and I now had a daughter. Jacob now had a twin sister. And instead of referring to “my boys," “the guys,” and “little man A and B," I learned to call them “our kids,” “our son and daughter,” and simply, “A and B.”

We mourned the loss of our son- that’s what the experts call it, and we also celebrated the arrival of our daughter. Though if I’m being honest, it didn’t always feel much like a celebration. I recall lots of tears, tons of therapy, and way too much wine…plus a pit in my stomach that took months to go away. But Gabby was living life as her “authentic self,” and we were proud of her and happy for her. Hell, I was in my mid-forties and was still trying to figure out who I was, and here was my brave, self-assured, 8-year-old kid, unapologetically rocking a growing sense of self that I admired, envied, and admittedly didn’t fully understand.

Over time, our family settled into our new normal. We celebrated milestones. We muddled through mundane moments. And we took more pictures, some of which I posted on Facebook, others I hung on our apartment walls, replacing the ones our daughter asked us to remove when she realized she was a girl.

My husband and I had placed the pictures of Gideon in storage. We weren’t trying to forget or erase our son; rather, we were honoring the request of our daughter.

Yet, I chose not to remove older pics of G from Facebook. She never asked me to, and I figured, “these are my friends, they already know about G anyway.”

“All 12-hundred of these of people are your friends?” my husband would occasionally ask.

“I mean, I’m certainly closer to some than others,” I admitted. “And I’m in the media, I know a ton of people.”

“And the only thing I hate more than Facebook,” he’d banter back with a smile…

“…is the people who use it!” I’d say finishing his sentence. It never got old. At least to me.

But did I hate being reminded of our old life? Our old family? Our old/non-existent son? Apparently not enough to remove the old pictures. Nor to disable the memories, which FB allows. Besides, “hate” would never describe my feelings when an old memory of Gid pops up in my feed.

Four and a half years after realizing my husband and I completely botched our twins’ birth announcement, and I’m still not entirely sure how I feel about seeing these images. Sometimes I smile. Gid was an adorable little guy; who wouldn’t smile at that face? Other times I cry, part-wondering how confused and sad G must have felt being trapped in a body and a gender identity to which he couldn’t relate…and part wondering how much easier our collective lives would be if I’d birthed a child whose outsides didn’t betray her insides.

I never “share” the old memories of G on FB- I’d view that as betraying both of my kids. Gabby is stealth, meaning she doesn’t tell everyone she is trans, and at times, Jacob still feels uncomfortable having a transgender sister. (Yes, I see the irony; I’ve kept the images on FB, making them accessible to my friends, yet I won’t re-share those same pictures. But not everything about having a trans kid- or everything in life, appears logical.)

Sometimes I’ll email the memory to a few close friends. People who remember the event in the picture…those who’d appreciate this glimpse into my and G’s past life. Other times I just sit with the image. Thinking. Reminiscing. Remembering.

I imagine people who’ve lost a loved one- like really lost them…to death or disease… also have mixed emotions when FB alerts them to old memories. I still find it jarring when a pic of my late mom appears. But honestly? It’s harder for me when it’s an image of my mom with Gideon.

For today, I’ll flip back to the memory of my boys on the elevator landing. One brother smothering the other. Both enjoying said smothering. And I’ll smile. And cry. And wonder where we were headed on that cold winter day. Then, I’ll think of something witty- albeit unrelated, and I’ll post that on FB. 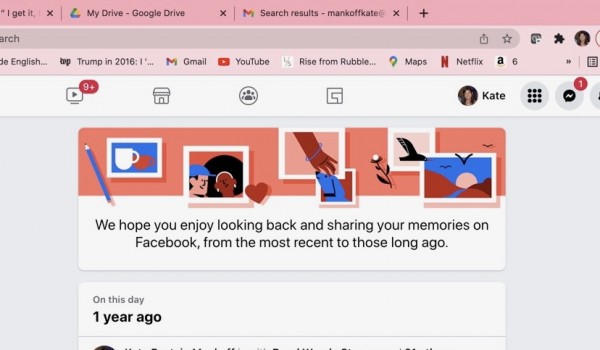 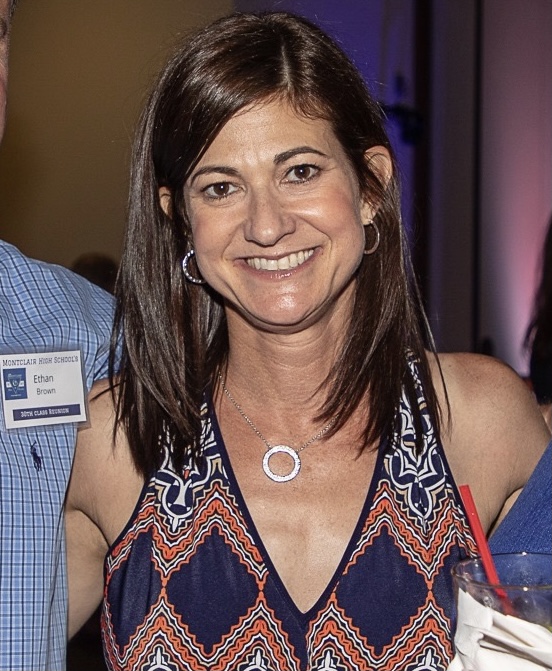 Do You Overparent Your Kids Out Of Fear?
A Turtle Doesn't Run Through It
On the Potty Training of Toddlers
advertisement

Do You Overparent Your Kids Out Of Fear?
A Turtle Doesn't Run Through It
On the Potty Training of Toddlers