Thankful for the details...

Like most parents, my husband Mike and I went to our 20 week ultrasound excited to find out if our baby was a boy or a girl. We left hours later with the knowledge that our daughter may not ever come home with us. Our daughter Stella was diagnosed with a Congenital Diaphragmatic Hernia (CDH), a birth defect that only 50% of babies diagnosed survive. CDH is a hole in the diaphragm that allows the stomach, bowel and a small portion of the liver to move into the chest and settle next to the heart. This leaves little room for the lungs to develop, which makes it very hard for the baby to survive after birth. For the next 4 months we lived with the reality that the bedroom we had cleaned out in preparation for a nursey may never be home to our daughter, so we skipped the baby showers and asked for prayers instead.

On February 25, Stella was born and transferred to the NICU at Children's MN Hospital in Minneapolis. Just 5 hours later she was placed on ECMO, a heart and lung bypass machine that is surgically placed in the main artery of her neck. One tube takes the blood from her body and runs it through a machine which removes the toxins and Carbon Dioxide out of her blood, then places oxygen in the blood and pushes it back into her body through the second tube. ECMO is basically a form of life support. 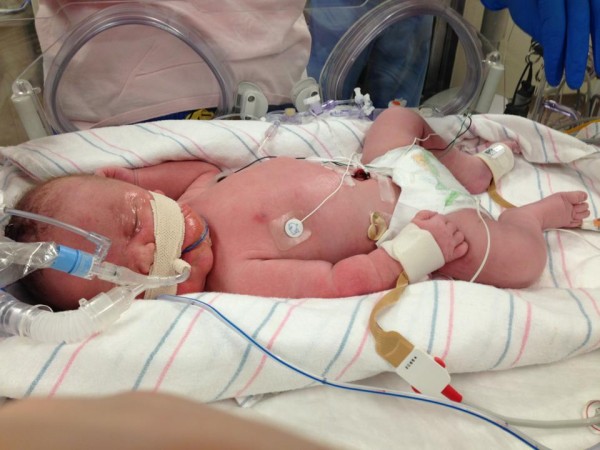 However, in the NICU you avoid the big, scary picture and you focus on the details. Every machine, medicine and blood draw is just one more step toward healing your child and bringing them home. So we focused on finding ways to bond with our little girl, from oral cares to holding her tiny hand.

When Stella was just 14 days old she had her diaphragm repaired while still on ECMO, a 5 hour surgery that felt like days. Typically ECMO requires Stella to have heparin to prevent blood clots in the machine, but the night before surgery they replaced the ECMO machine with a new one and took her off of the heparin so she wouldn’t bleed out during surgery. The night after her successful surgery, my Dad started to have dreams about blood clots, so he would woke up and prayed. He had no idea that during the night, the ECMO staff, who guarded the ECMO machine 24 hours a day, had found clots starting to form in the tubing of Stella’s ECMO machine, but most alarming were two clots that had started to form at the base of Stella's neck, too close for them to remove. 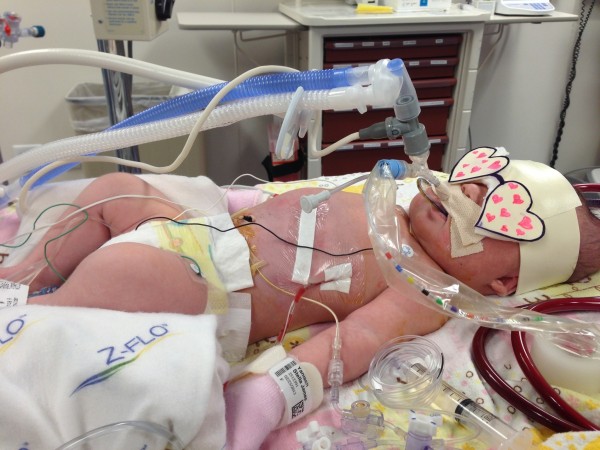 The next morning we received the devastating news that Stella wasn’t strong enough to be removed from ECMO. For the next 24 hours all we could do was wait and pray that the clots wouldn’t move as it would take only a few seconds for one of those clots to break off, enter her body, go to her heart or her brain and she would be gone. So we prayed, a lot, and trusted our ECMO nurse to pay attention to the details, which she did, inspecting the tubing with a flashlight every hour and marking any movement of the clots.

The next morning, the NICU staff reevaluated Stella and decided that she was ready to be removed from ECMO. It was a phone call I will never forget. One week later, Mike and I were able to hold Stella for the very first time, at 3 weeks old. 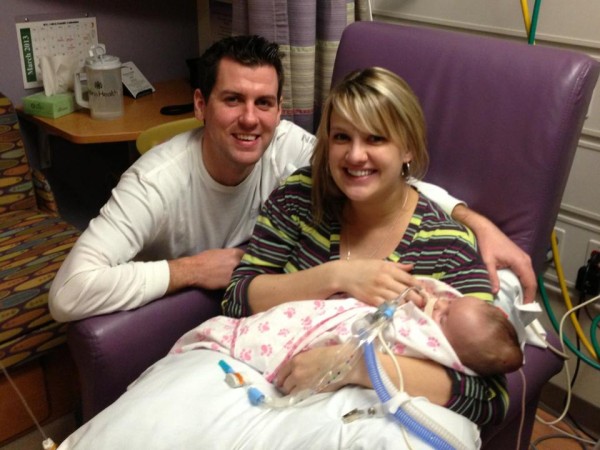 We spent a total of 87 days in the NICU and were able to come home with only a feeding tube. Today Stella is a healthy, normal 4 year old little girl, but we often pause and remember where we started.

While there is nothing that can prepare you for life in the NICU, it is an experience that has shaped our family that I am now thankful for. Each day out of the NICU is a blessing for sure, but later you realize that each day in the NICU is as well. It’s hard to tell when you are in the middle of the storm, but each medical lesson, milestone and memory you create there is life changing, it makes you a better parent and a better person. While I hope to never go through that again, I am so thankful for the people we met, lessons learned and the time we were given to stop and focus on the details. 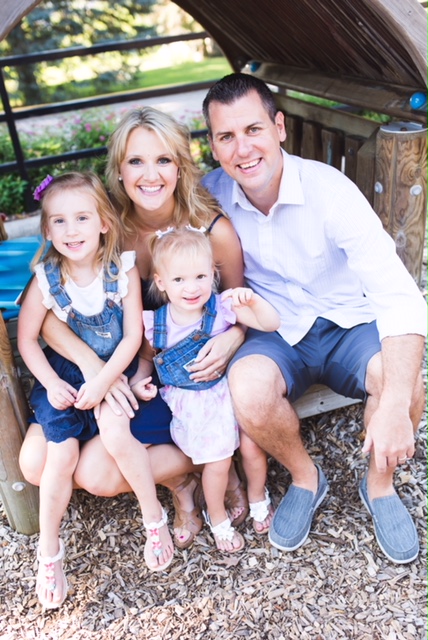 I am 30 years old and have been married to my husband Mike for eight years. I am Mom to two little girls named Stella and Nora. I am a believer in Jesus Christ, and I strive to have a deeper relationship with Him. I was born and raised in the Twin Cities and I live within 15 minutes of most of my family and friends. My faith, family and friends are truly the most important thing to me. My motherhood story is a little different because both of our daughters were born with a different congenital birth defect. This is the story of how God turned a fearful mama into a joyful mama.