Teaching My Daughter to Say Shut Up 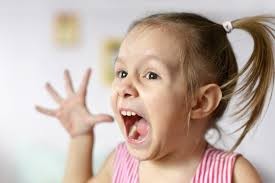 I picked up my eight-year old daughter from soccer camp the other day. It was hot and humid. Rivers of sweat were rolling down my back and pooling under my bra. I was sticky, aggravated and pissed off that due to my daily grind of errands, I hadn’t had the chance to get a much needed pedicure.

As I waited impatiently in the car and watched my child walk across the field, I couldn’t help but smile. She’s a good kid. Not perfect, thank God, but good, generally taking life in stride, trying hard, silly at times, grumpy at times. A kid.

“How was camp, pumpkin?”

“Fine,” she said, buckling in. She was quiet for a moment and then, “Except I missed a ball and Lindsey said I stink at goalie. She said I’m the worst goalie ever. I hate her.” As her voice wavered, I felt steam rising from my head.

Now the first day of camp, this Lindsey had called my daughter fat, the second day she threw dirt at her and the third day she told my daughter that her hair was ugly. Each day when these things happened I asked my daughter what she did in response, and each time she said, “I told her to stop and I told the coach.” Which apparently was the same as doing nothing.

So by this day, by this fourth hot, humid, stress-filled, toes still unpainted day, I was done. This little tidbit pushed me right over the edge. I turned around, looked at my daughter and said, “Well, did you tell her to shut up?”

My daughter stared, eyes wide and shook her head.

“The next time that girl says something mean to you I want you to tell her to shut up.”

“Yes, I don’t want you being mean and starting fights but if someone is picking on you, you need to tell them to shut up. Like this, SHUT UP! Now, you try it.”

My daughter giggled and whispered, “Shut up.”

We sat there together in that dusty parking lot and we practiced yelling SHUT UP again and again and again. It was cathartic and silly, and we laughed.

Truthfully, I don’t think my daughter will tell Lindsey to shut up. She is a rule follower and a bit more worried about what others think of her than I am. As for me, I am done. I have had it. I need to let my daughter know that sometimes you need to step outside of those rules and tell someone to shut the hell up.

Oh, we’ve done the “Just say that hurts my feelings” routine, which is totally asinine because obviously that is exactly what the other child is trying for. I know that perhaps I should have gone and talked to the coach myself, but I didn’t. I didn’t because I knew the conversation would go something like this, “Oh thank you for telling me. I will try and pay more attention.”

The truth is, I rarely see adults intervening in bullying, they either don’t see it or pretend not to see and let it go until it has reached a level that is unbearable. I am not letting that happen to my child.