Teaching My Child About 9/11

Published by Lorne Jaffe on September 8, 2016 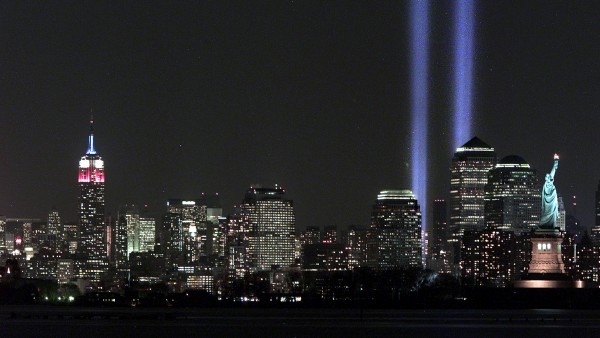 It’s hard to believe my daughter lives in a world in which the Twin Towers no longer stand, that when she’s studying about the tragedy of Sept. 11, 2001, in school textbooks, she’ll probably feel as far removed from it as I do from JFK’s assassination, Pearl Harbor, the Holocaust, and so many other significant historical events.

So how will I teach my daughter about 9/11? About how the world changed and didn’t change when those planes hit the towers, another hit the Pentagon, and a fourth was brought down by courageous passengers over Pennsylvania during the worst foreign terrorist attack on American soil?

Fact: I was in Manhattan on that day.

Fact: I was not near the destruction nor do I know of anyone personally who perished, but like almost everyone I know, I know people who knew people – the husband of one of my wife’s friends; my father’s always pleasant acquaintance. And so I’ll describe to my daughter what I saw and lived through, things she can never truly learn from textbooks.

The most lasting image I have of 9/11 is standing on the roof of my office building on 22nd Street and 2nd Avenue, watching the Twin Towers burning while across the street, a handful of boys played schoolyard basketball under an azure sky. It was eerie, seeing life change forever and go on simultaneously, watching innocence up close and evil in the background. I never saw the towers fall — I’d left the roof just before the first crumbled so I could call my dad who worked in Chinatown to make sure he was OK, so like most people, I only experienced that devastation during the constant loop that was on television over the next few days.

I remember one of the professors at my work being stranded in Florida, how she was frantic, unable to contact her firefighter husband for days while he bravely helped victims and then worked all hours clearing Ground Zero. I will tell her how many such intrepid people eventually succumbed to cancer and other illnesses thanks to toxins they were forced to breathe.

I remember my dad picking me up at work, us driving to Queens, and me staring at a Manhattan skyline where a giant dust cloud had displaced the World Trade Center.

I remember attending the only candlelight vigil I’ve ever been to. It was held that night in front of my apartment building. Strangers cried and hugged each other.

I remember the city, the country, the world coming together.

I will tell my daughter how the entertainment and pop culture machine screeched to a halt for the first and only time in my life, and that when it returned, it did so cautiously; David Letterman’s sadness and weariness, his wondering if it was OK to laugh again; me attending my first ever World Series game, Game 3 between the Yankees and Arizona Diamondbacks at which President George W. Bush threw out the first pitch as snipers lay still as stone on top of Yankee Stadium.

I will tell my daughter about the grief that consumed the city, but also the love and unity.

I will take my daughter to the World Trade Center Memorial and wonder if she can feel the presence of the iconic Twin Towers as we stand in front of the beautifully designed fountains in which are carved the names of lost citizens and police officers and firefighters in the shadow of the Freedom Tower, a building that for her will be part of her normal landscape, but for me will always feel something like an intruder.

I will show her the giant purple beams of light that appear each 9/11. I will let her watch the names of the lost being read by their loved ones. And when she’s old enough, I will show her United 93 and explain the visceral reaction I had when I first saw it, the film being one of the very few I’ve seen that really hit me emotionally, and how I often watch it on 9/11 as my way to remember and honor the thousands lost that day.

I will be there to answer any questions she might have and will do so openly and honestly, and I will hope that she never has to experience something akin to or worse than 9/11, something that will forevermore necessitate the word: Remember.

Versions of this first appeared on Raising Sienna and CityDadsGroup.com

I am a stay-at-home dad and blogger who resides in the New York City area. I am battling depression and anxiety while being the primary caregiver to my 4-year-old daughter.

15 Things Every Dad Should Say to Raise Confident, Strong Daughters
September 11-We Were Never the Same Again
9/11...20 years later
advertisement

15 Things Every Dad Should Say to Raise Confident, Strong Daughters
September 11-We Were Never the Same Again
9/11...20 years later