Published by Tales of an Educated Debutante on November 26, 2016

I have this son, soon to turn eleven, and his little boy mind reaches far beyond soccer and Pokémon cards, even past when he will get his phone, as he likes to query so often. He's a boy that has also learned to love and love hard and big and so grandly, it hurts my mother heart yet I am so glad for him and the person he is becoming.

Being the oldest of four children is quite a responsibility and when the youngest has special needs, it creates a dynamic that is as complicated and spectacular as the light reflections from a prism. He loves all his sibling so fiercely, defends them valiantly as a matter of ownership in one moment, and then berates them the next. Not Amos though. His love for three year old Amos defies the imagination and is the closest I have seen to unconditional love.
Consider his words, "I will be able to help with Amos. Maybe he can share a really big house with me and my wife and something amazing will happen with Russell, like he will be a billionaire probably and can pay for everything. That is the best case scenario."
A fifth grader considering his role of caretaker to his youngest brother would have defied my imagination just a few years ago and to say it is a happy thought, would be a lie. What if he is the one that has to care for Amos? Maybe he will and maybe he won't. That far down the road is a distance that I can not yet see. I can acknowledge the what if of life though and the boy who knows what it is to love in such a way that it never feels like a sacrifice. The oldest brother loving the youngest brother, who has never once even said a rendition of his name. A smile can inflict the love that moves mountains as I have seen it myself. 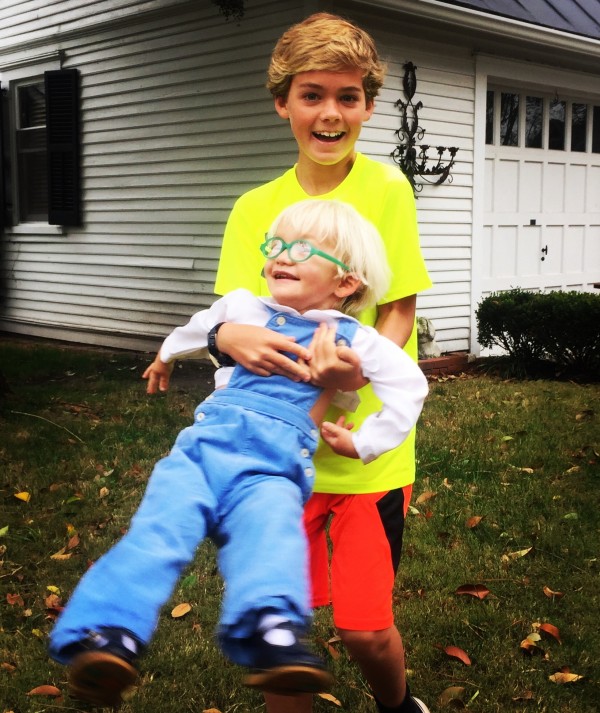 My Giving Tree
To Their Teachers, I Hope You'll Understand
​School Conference Day