Take a Breast Pump To The Hospital

​There are so many things that they tell you to plan for, such as cribs and diapers, but a lot of the immediate necessities are often missed.  Like make sure you have baby nail clippers or a nail filer on hand, because your little one will be born with tiny sharp nails that will scratch their tender face very easily.  My little guy had scratches on his face before we even bought him home.  That is just one simple thing, but I want to bring up a very important subject that comes up from the moment your child arrives and that is breastfeeding.

It is not as natural a process as it is made to seem.  Yes, you will lactate, but every human body is different.  In my case my poor little guy could not suck hard enough to get enough food, he was hungry and crying the entire time we were at the hospital and the nurses did not seem concerned.  What they failed to mention is that you could rent or purchase your own breast pump, and then pump and feed your child to make it easier.  I'm not saying that you should just pump and skip direct breast feeding, but some babies can initially have a difficult time with the process.  The thing is, even if you don't use a bottle just an initial pump will help the baby get the milk more easily.  So, a breast pump should be on your list of things to take with you to the hospital.  Unfortunately, in my case, my baby was so hungry that the nurses offered formula, yet did not mention pumping.  With much guilt and out of desperation to feed my child, I ended up giving him formula on the second day. I had not planned on formula and had not yet done the full research on them.  So, I gave my baby what the hospital had to offer.   As we left the hospital on our third day, we were counseled on breast feeding and rented a breast pump from the hospital on our way out.

I ended up doing a combination of breast milk and formula, since my baby had already become accustomed to feeling full with formula.  I was using the same formula that the hospital had provided since he had already started on it an I trusted that the hospitals knew what they were doing.  One month later I was to discover that the baby was allergic to the formula provided and we had to go through an ordeal of what formula would work for him.  I feel that if I was able to properly provide breast milk for my baby from the beginning I would not have gone through such an ordeal.  I was producing plenty of milk, so it was a simple matter of a breast pump that could have helped avoid everything. 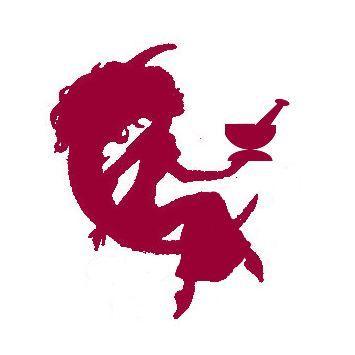 Writing about the universal experience of food with a pinch of magic for the soul.

I wish we'd known how hard breastfeeding can be!
Milk Drunk: Welcome To The Feeding Wars
Trust Yourself and RELAX!
advertisement

I wish we'd known how hard breastfeeding can be!
Milk Drunk: Welcome To The Feeding Wars
Trust Yourself and RELAX!