How I created the ultimate Super Mario Bros. Halloween costumes for my family

Our Super Mario Bros. family costumes were the hit of Halloween! We started thinking about a theme this summer and because the kids have gotten into Nintendo this year, a Mario Bros. theme was perfect for our family.

It hit all the key desires for the kids – a princess for my daughter Adeline, a bad guy for Elias and a sweet costume for little Ezra. A Super Mario family Halloween costume theme also had lots of fun options for my husband, Matthew, and me. 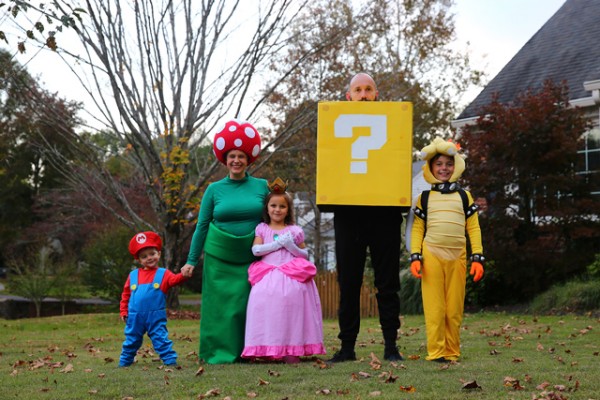 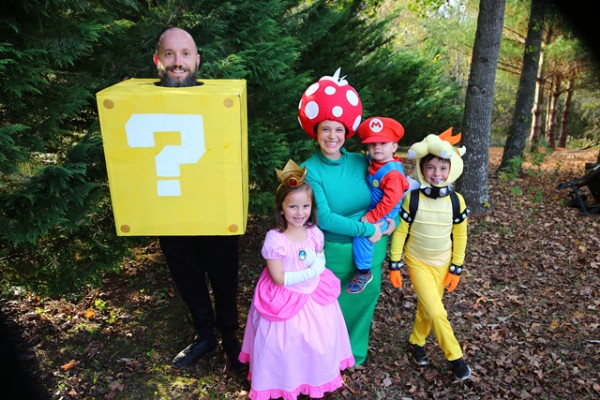 Here are some of my favorite pictures from Halloween night. 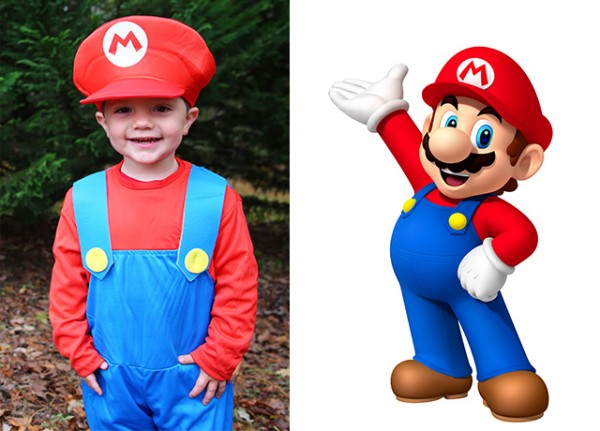 I bought Ezra's Super Mario costume because I couldn't make it more affordably – or cuter – than the store bought option offers. It did come with a stick on mustache, but Ezra wouldn't have anything to do with it. He wears a 2T and it was a bit long, but did the trick.

He wore a red sweatshirt and blue pants underneath because the costume was very thin. 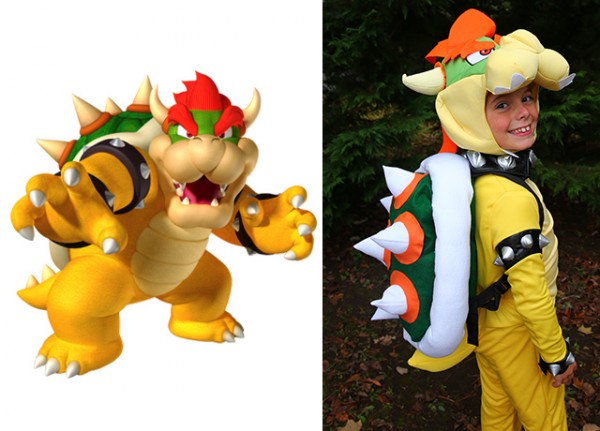 For Elias's Bowser costume, I did a combination of bought and handmade. After researching LOTS of Bowser costumes, I determined it was best to buy the body suit and headpiece and make the spike shell. Had I not been on book deadline, I might have attempted the body suit using a dyed sweatshirt and sweatpants, but I didn't have the capacity to tackle it. 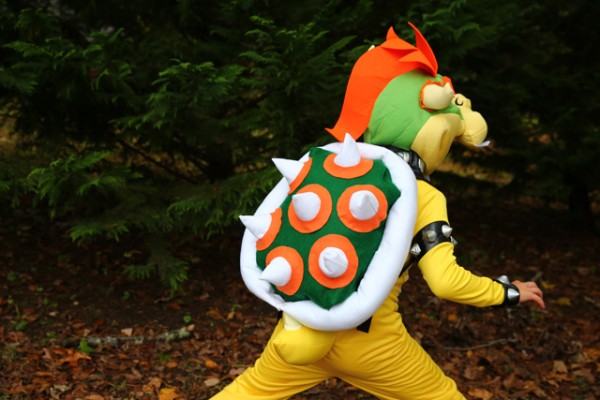 The shell was made using felt, a cheap backpack, polyfill and hot glue. Zero sewing and it turned out amazing. Read the full tutorial here. The bought costume did come with an inflatable shell, but it was super small (very unlike Bowser) and ugly. 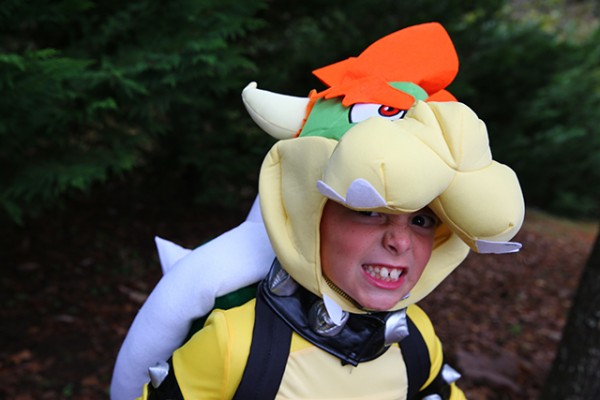 The bought also comes with a plastic face mask, but I knew that would be uncomfortable for Elias, so we bought the upgraded Bowser plush headpiece. He is actually wearing the adult version, which was a bit big, but the kids' one was too tight. 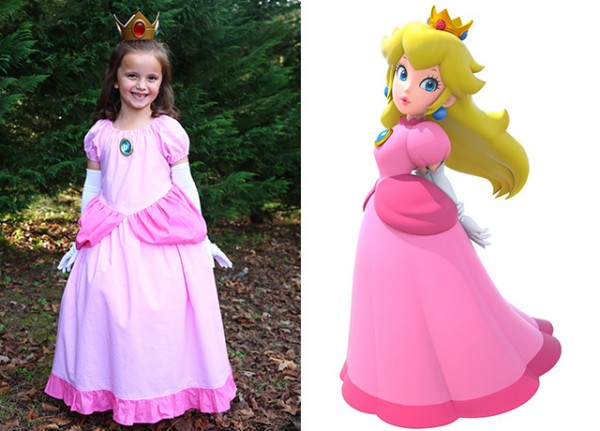 After looking at a lot of Princess Peach costumes online, I reached out to my friend Audra at Wonderfully Made and asked if she could make a Princess Peach dress. Her little girls' princess collection is amazing and she happily created the perfect dress for Adeline. 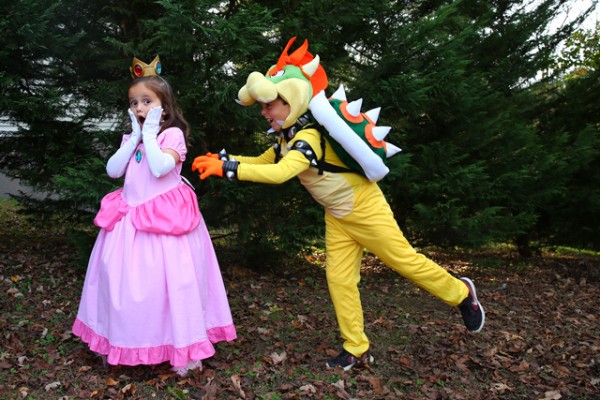 I was so, so pleased with how the dress turned out. Audra did an amazing job and Adeline truly felt like a princess in the dress – it was so cute. 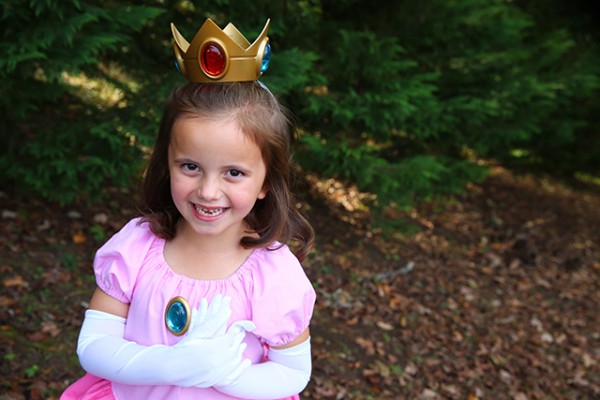 We added Princess Peach accessories, along with some long white gloves to complete the look. She also wore a crinoline under the dress to make it extra full. 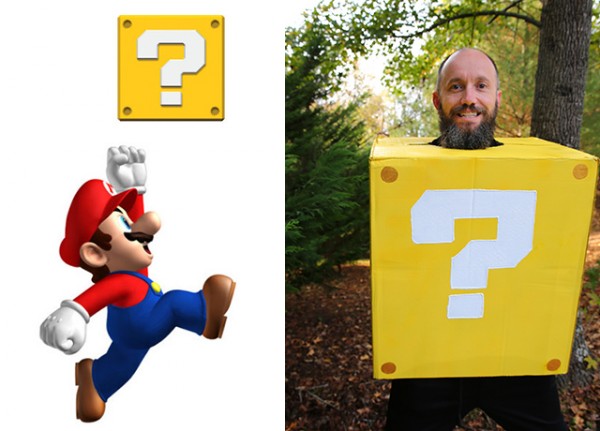 Matthew was the iconic question block. His costume was super easy to make and was a huge hit! Using a brown shipping box, I traced the question mark and then used painter's tape to block it out. I then spray painted it with a coat of primer spray paint, then three coats of yellow spray paint. 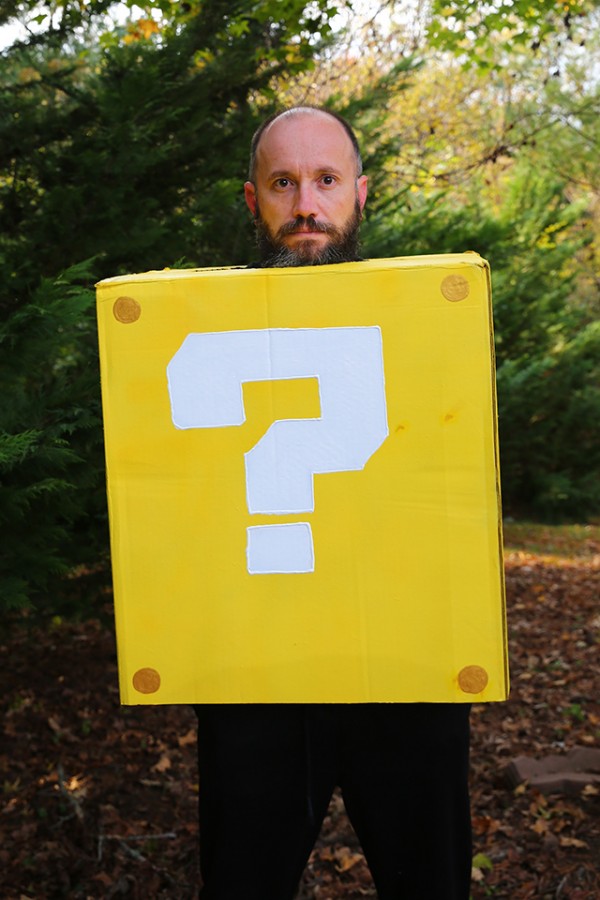 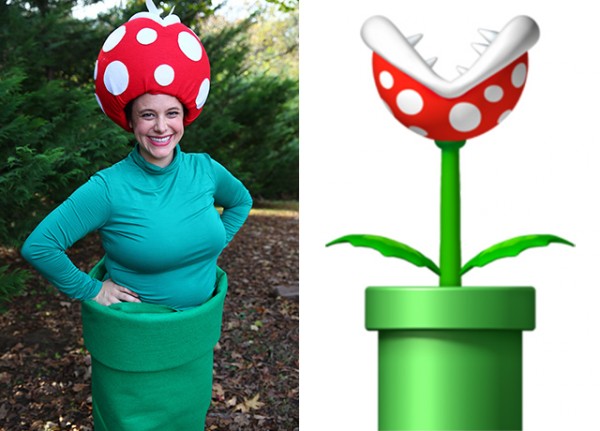 My costume was the most challenging DIY, but it was so worth it! After scouring the internet, I couldn't find any tutorials, so had to come up with something on my own. 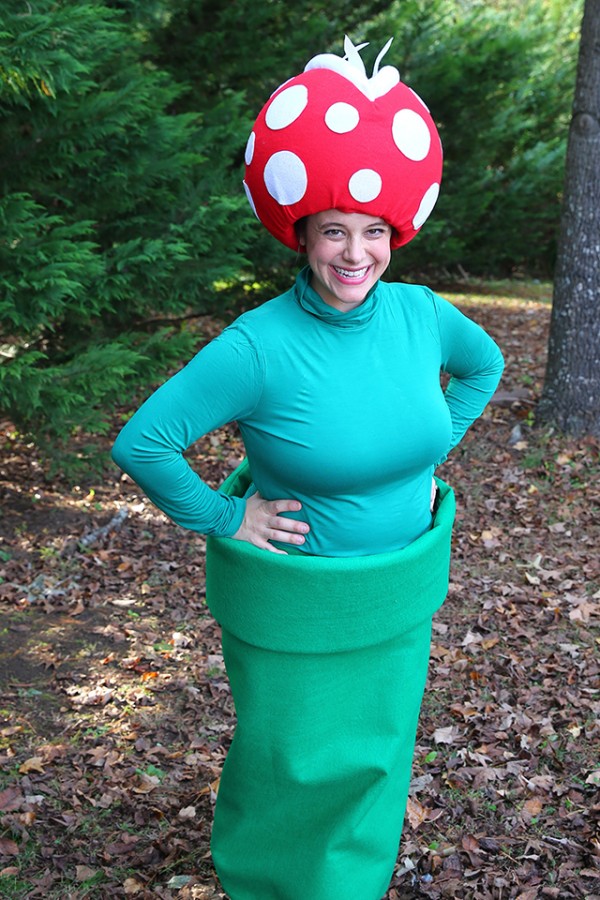 The result was one of the most involved costumes I have ever made. 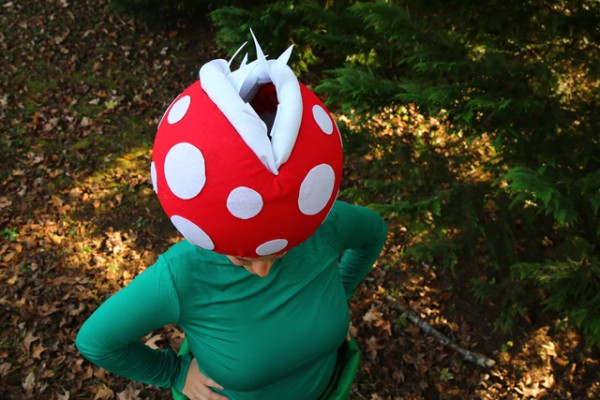 The headpiece was created with two foam bowls that I cut and covered with felt. I then hot glued white dots all over it. The pipe skirt was made with foam and green felt. (Read the full tutorial here.)

I don't know how I will be able to top this theme next year, but we are already thinking about it! For past family themes, check out our Red Riding Hood, Alice in Wonderland and Wizard of Oz family costumes. 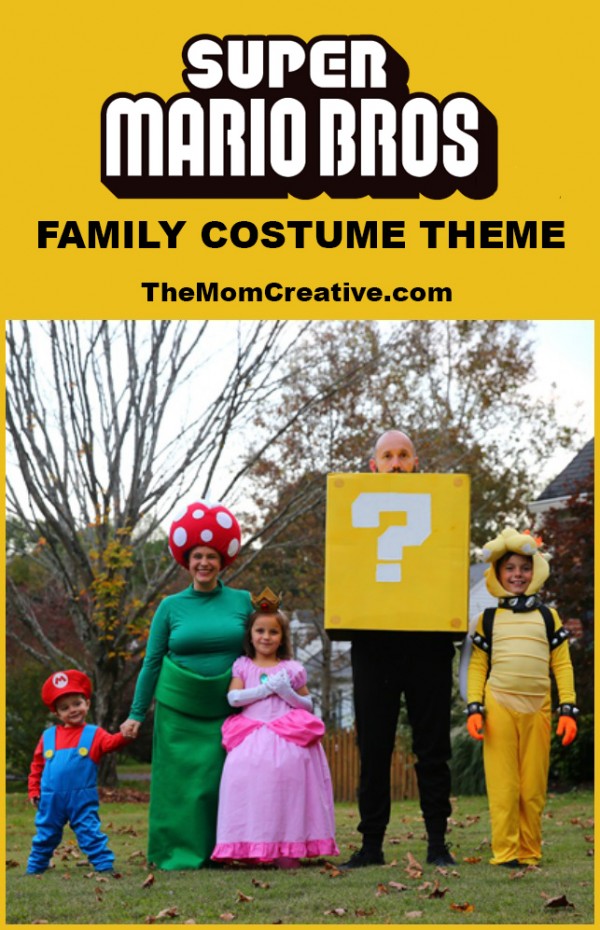