Published by Smiles and Duct Tape on April 6, 2017

I was talking to someone the other day. It doesn’t matter who it was. It could have been anyone in my son Jack’s life. A teacher, a babysitter, a friend, a grandparent, his father, his sister, one of his aunts or uncles . . . we’ve all been there. They were telling me that they had been ill-prepared for a blow.

They shared that something had happened (something relatively small) and suddenly the reality of Jack’s life – it’s limitations, it’s complications, every fear, every worry – all became magnified. Before they even knew what was happening, their heart started to race and tears fell.

“If only I’d known it was coming, I could have protected myself.”

That’s the problem. You can’t always be prepared and ready for pain. That’s no way to live.

No matter what gets you to your soul. Worry over your kids or your parents or your job or your mortgage or who is currently living in the White House – it’s just too exhausting to walk around “prepared” all the time. And, you would miss out on so much of the fun stuff.

Everyone in Jack’s life becomes a cheerleader, supporting him as he enjoys his life. And he does – he enjoys his life. Despite all the things that got stripped from him. His disease stole his ability to speak and feed himself, even toilet himself, but JACK STILL ENJOYS HIS LIFE. So the rest of us, follow suit. A good mood is contagious, and when you are on the Jack-train you can go along for quite a while and forget that there is anything other than rainbows and good music.

Unfortunately, it’s when you don’t have your armor up, that little stuff can really get to you. Someone asks where Jack is planning on going to college or you find an old picture from “before” or you see a kid riding his bike down the street with the same look that Jack used to have as the wind blew his hair. Things that some days can roll off your back, suddenly stab you. It’s a sucker punch.

I’ve had my share of these moments the last year. Jack is now eighteen. There have been graduations, proms, college letters – all reminders of what Jack is missing. I’ve found myself out having fun, when the littlest comment hits me. My behavior becomes erratic. Awkward moments with friends and family with my only excuse being that I’ve just been hit and I need to catch my breath. I need to warn people — don’t ask too many questions, don’t get on my bad side, don’t be late for dinner, and don’t tell me that YOU’VE had a hard day. I have very little patience when I’m recovering from a slap.

So that’s what I told this person who loves Jack and felt they they had been sucker punched. First, we cried together for a while and then I reminded them that they are not alone. Everyone who loves Jack (every human for one reason or another) has those moments. We are allowed to be angry/sad/frustrated, we just can’t let those emotions win. The next time they feel their mind racing about how unfair life can be, they need to find Jack. Let him give one of his magic hugs and go back to focusing on the rainbows and the music. 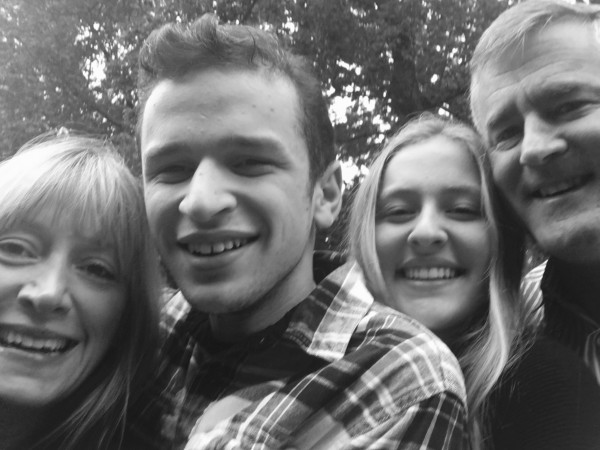 Smiles and Duct Tape
> See my posts
> Visit my blog

I am a normal mom with a "special" kid. My family is complicated AND wonderful.

Rainbows and Poop
An Ordinary Life
Why Do People Stare?
advertisement

Rainbows and Poop
An Ordinary Life
Why Do People Stare?