Stressed-For-Success: Are We Pushing Our Kids Too Hard? 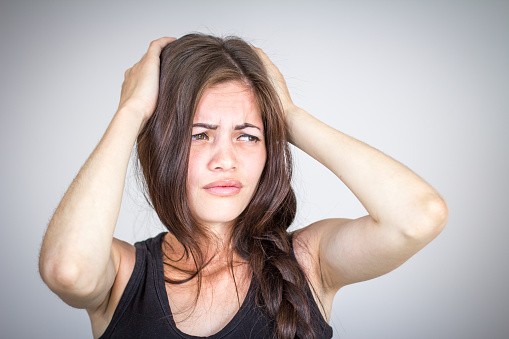 "I'm so stressed out!" The middle school and older teen back-to-school battle cry is already at full volume — and school has begun, what, five minutes ago?

The stories are already pouring in as summer becomes a distant memory and back-to-school translates for so many parents as the Big Schlep — carpools, activities, practices, prep, private lessons, team dinners, tutors ... and we're off and running, racing, throwing things into the car, moving at a breakneck pace just to make it all happen.

But what if your kid simply doesn't want it anymore — the IT being the pressure.

Something to think about ...

One Mom with three kids, all under 13, has taken her 11-year-old daughter to a minimum of five-times-a-week gymnastics practice for the past four years. Her sixth grader, just starting middle school, suddenly said, “I hate gymnastics, Mom. I never get to see my friends. I know I'm good at it but I want to stop. I do it for you. Don’t be mad.”

She does it for me, the Mom thought, and understood the kind of pressure and signals she must have given her daughter. Did her daughter understand that SHE hates the half-hour drive to-and-fro juggle five times a week, on top of all the carpooling and demands of her other kids? She looked at her middle daughter and said, “Is there something else you want to do? Another sport? You can’t just do nothing.”

The Mom revealed that she was so used to being on the Fast Track, that the thought of her daughter going from fifth gear to first was, admittedly, terrifying. The golden fantasy of her daughter becoming the next Simone Biles was crushed. Her daughter, however, was thrilled to be free of Performance Pressure, and Mom would have to learn to deal.

Interestingly, another young Middle-School soccer player decided he no longer wanted to play soccer but instead opted to go out for the tennis team. His Mom, much more laid-back, was all over it. She spoke to her friends, those whose sons were already on the team, and they all said the same thing: "He's nearly 12. It’s too late. He can’t start now.”

Too late? The boy is over-the-hill in seventh grade? C’mon, Moms.

One more … a Mom whose 14-year-old daughter was a young dancer in an intensive program — four times a week, two classes a pop and weekends, told her mother that she still wanted to dance but would like to do a less demanding program so she could try other things as well, and "have a life." She just wanted to ... wait for it ... "enjoy herself."

This Mom was secretly relieved, and had been wanting her daughter to quit that overly-demanding program, but knew that wasn't protocol. She was so sick of watching her child hurting and icing and heating all the time, and felt it was too much pressure on her growing adolescent body. She called the dance program director, who screamed at the mother and said: "You are ruining your daughter's life by allowing her to leave this program! She’s so talented. She will blame you one day for not pushing her to her potential.”

This quest for perfection, for excellence, for over-achievement, for over-activitizing your kid because "everyone else is" — from joining a seven-day-a-week commitment to various sports teams and/or hiring private coaches on the side (how many among our youth are really going to the NBA, the Major League, the NFL, the Olympics, or on the dance front, joining Alvin Ailey?). This "performance-cum-excellence" drug that so many of our kids are taking is really parental pressure in drag: push push, more more, harder harder, so you get better better.

Is balance such an antiquated concept in raising our children today?

Why can't we all just calm down? I will try not to compare it to my day — like my first manicure was for Prom (as opposed to 7-year-olds of this generation getting weekly mani/pedis). Or my brothers having ONE Little League game per weekend and ONE practice during the week — as opposed to every day practice and weekday games, plus games all weekend (on many occasions, at least an hour away from home — and never mind that you have other kids and have to scramble). Nowadays, games are on Mother’s Day, Father’s Day, religious holidays, National holidays — there is no consideration for the family unit, which may have other things to do than watch eight hours of volleyball, baseball, soccer, swimming — like BE a family.

And herein lies my main point: Over-activitization stresses the shit out of our kids, wreaks havoc on any real family sit-down dinners, separates Moms & Dads all weekend to conquer and divide. (You take her to soccer, I will take him to hockey, and I will call my mother to bring Sadie to swimming.)

Somebody get me a Venti.

All of this intensity is not good for anyone — too many of our kids are “so stressed out” (ironically, we never used that term when we were growing up), unable to sleep (Melatonin anyone), eating on the run, allergic to everything, “freaking out” from homework overload awaiting them after a late practice, and marriages are passing ships. Not to mention that in-between, ALL of our kids have a full-time job keeping up with social networking portals and chats if they want any kind of social life.

No wonder everyone feels so out of whack. The question is, how do we take back our lives, how do we balance, be present (another modern-day irony — eveyone is allegedly doing yoga — all that equanimity and yet real-time practice falls flat on its ass).

Helping balance your kids' lives is going to take real practice (yeah, here's where you should utilize that seven-day-a-week and all weekend-long mentality). Me included. For the record, I’m in the ACT, college apps, do-you-have-enough-on-your-resume stage of hell (hands-down, the worst, and I'm a work-in-progress to stop the nagging echo of my own voice).

Start by seeing and asking what your kid really wants — not what YOU want or think he or she wants — or what The Friend Group is doing. Your fifth grader will go to college, I promise you. So let him/her enjoy his or her youth. Don't lock him/her into unreasonable amounts of practices etc., that there is no room for anything else. Make sure your kid eats breakfast sitting down, does not shovel dinner, that you are not a short-order cook, and most of all, embrace/don't reject DOWN TIME. Think of it as the multi-vitamin your kid really needs.

It's time to reassess your life, your kid's life, the Performance Push Factor, and ask — Is anybody in this house really happy at the rate we are all going?

It’s up to us, as parents, to Just Press Pause, and look into the what, the why, and the how we can help our stressed-out kids change things up — for their true success, and ultimately, for our own.

Remember: A family that plays together, stays sane together.

But can she talk?
My freshman son calling me out on my “Mom Pride”
Failing Forward
advertisement

But can she talk?
My freshman son calling me out on my “Mom Pride”
Failing Forward