Storytelling our way through quarantine

Published by Michelle Wildgen on September 16, 2020 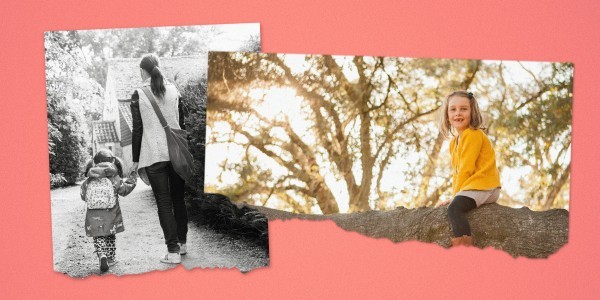 The following essay is from the new anthology “Alone Together: Love, Grief, and Comfort in the Time of COVID-19”:

My daughter keeps asking me for stories. Every time we take a walk to a park near our home, which we do a few times a day to break up the quarantine monotony, Holly requests a story. But where I once had a ready supply, now I have a fallow field.

“I don’t have any good ideas right now,” I admit to her, and she sighs.

It’s surprising how rarely I have used my storytelling skills in nine years of parenting. Once, when she was two and a half, I found myself panicked and unmoored because I had Holly on my lap on a nighttime flight with no lighting and no access to electronic devices. How the hell was I supposed to occupy this wide-awake child as we sat in the dark? Maybe it did not take quite as long as it feels in my memory before some voice inside my head murmured, “You’re a professional storyteller, you idiot,” but it felt like a long time.

Even then, I just whispered fairy tales to her, never feeling as confident a parent as I do a professional. But maybe that moment opened a door.

Slowly, as Holly grew older, other stories emerged. There was an ongoing series about Chester the Whipped Cream Bandit, a small, balding mustachioed man who travels from town to town convincing gullible municipalities to throw enormous whipped cream-based events, so he can make off with their whipped cream supply and eat it. Then we moved on to McGillicuddy, a ten-year-old who is forever embarking upon massive projects that always get out of hand. He has reinvented holiday meals, co-chaired neighborhood snow-building competitions, fashion shows, and Easter egg hunts. He’s pure id, with endless energy, no social boundaries, and I think of him as part trickster god, part Amelia Bedelia, and part David Bowie. The costuming is the most important part of a McGillicuddy story, but food also plays a major role. Holly can tell when I’m hungry and uninspired because the story devolves into a series of elaborate descriptions of things she knows I’d like to eat.

The McGillicuddy stories used to be a way to pass the time on our walks to and from school. Then, when she was in the hospital with shigella, we asked a little more of him. It was McGillicuddy who got us through a few IV insertions and other distresses by taking over the zoo for a week, where he did things like give neck rubs to the giraffes and offer whiteboards and markers to the chimpanzees, who used them to plot out intra-primate warfare. (We were having a hard week. Things went dark.)

It’s shockingly simple, this ancient process that requires nothing except me talking with my daughter, telling her stuff I literally pull out of thin air. I never babysat, never quite knew what to do with a baby or a toddler, and embarked on the work of raising a child counting on my husband to have a clue where I didn’t, yet amid all that other uncertainty, I can do this for her.

It occurs to me that although I have spent almost my entire life devoted to stories, a part of me cannot believe this actually works.

But as I said, I’ve had a hard time lately knowing what stories to tell her. I’m fried by all the same things everyone is, and sections of my brain may have shut down over these past weeks and months. But part of the problem is just despair. I often think that if I were making the choice about whether to have kids now, instead of back in 2010, I wouldn’t do it. Not because I have any regret about having my daughter here, but because I have lost a lot of my optimism about our ability to face challenges, to choose productive leaders, to hear each other, and to act in others’ interest or even our own.

But she is here now. She has big brown eyes, a gift for climbing trees, porch railings, and rock walls, and an insanely vexing habit of mixing up potions and leaving them all around the house to become murky jars of pond water and expensive, wasted spices. Her pixie cut has grown out in quarantine into a sort of surfer-boy cut. I once asked her to invent the worst name in the world and her answer, almost immediately, was “Pubert Squelch.” She is here, and she is in my face twenty-three hours a day, but hers is so beautiful that I’m going to let that slide.

We go for the one thousandth walk of the spring, stopping at a brace of trees that she has climbed roughly three thousand times. She is getting a little bored with them, but gamely she persists.

Then we keep walking and she asks me for a McGillicuddy story. I love it that this ridiculous creation matters to her. I fear that if I try to write it all down, it’ll dampen his anarchic silliness. And after each workday of living inside other people’s stories, that particular part of my brain—which starts off full of electricity and juice—can wind up dead as sand.

But then I wonder if perhaps these stories don’t use the same geography after all. It seems possible that a totally different part of my brain is responsible for conjuring up McGillicuddy lounging under the Christmas tree, drinking milk from a wine goblet. I haven’t actually researched this, but it would make sense if, from that other, more hopeful little cluster of synapses, there springs some kind of vision for what could be, some belief that we can still achieve it.

“I’m not sure if I have any new ideas for a McGillicuddy story,” I tell her.

“I’ll give you ideas,” she says. Then she does, and they are exactly what I need. 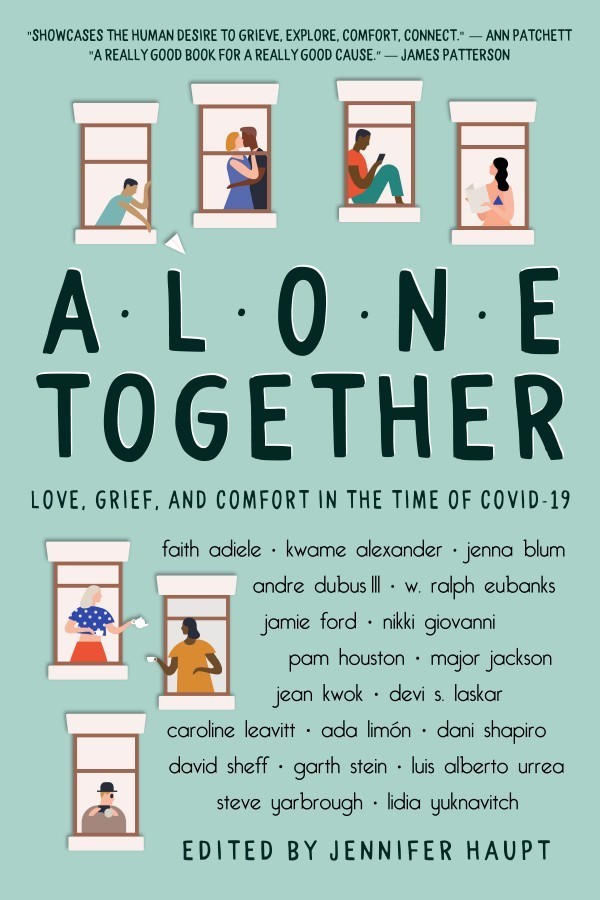 Michelle Wildgen is the author of the novels "You're Not You," "Bread and Butter" and "But Not for Long." This essay of Michelle's was excerpted from the new anthology “Alone Together: Love, Grief, and Comfort in the Time of COVID-19,” edited by Jennifer Haupt. All proceeds from "Alone Together" benefit independent booksellers through the BINC Foundation. 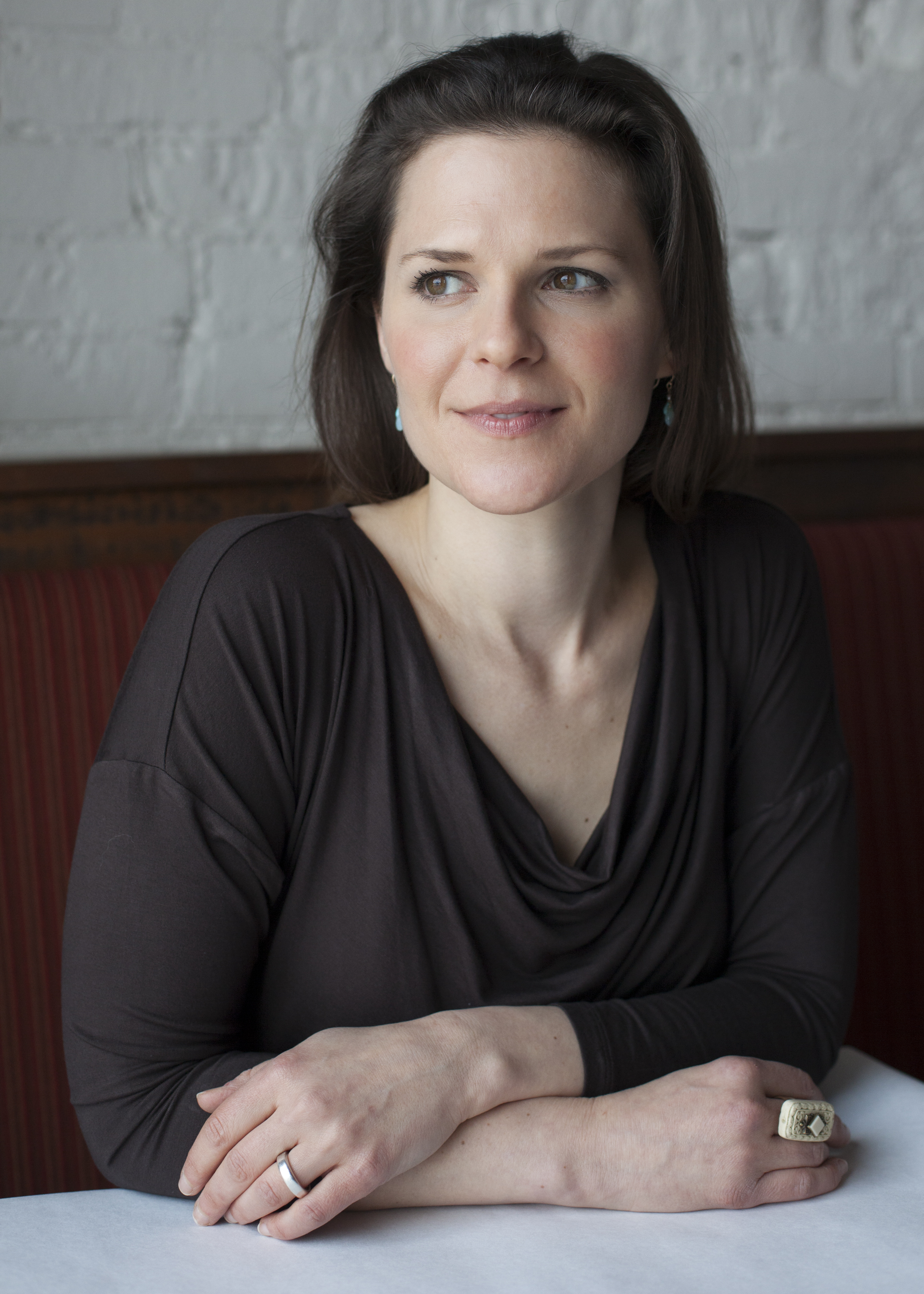 Michelle Wildgen is the author of the novels You're Not You, Bread and Butter, and But Not For Long. She writes, teaches, edits, and lives in Madison, Wis.

Julia Roberts Gives All of Herself to Her Addict Son in "Ben is Back"
4-year-old takes 12-hour road trip with no iPad: Here’s what happened
Hang In There: Their Brains Fully Develop By The Age Of 25
advertisement

Julia Roberts Gives All of Herself to Her Addict Son in "Ben is Back"
4-year-old takes 12-hour road trip with no iPad: Here’s what happened
Hang In There: Their Brains Fully Develop By The Age Of 25