Somewhere in the world, a mother parents differently than you

Published by jthreeNMe on September 23, 2019 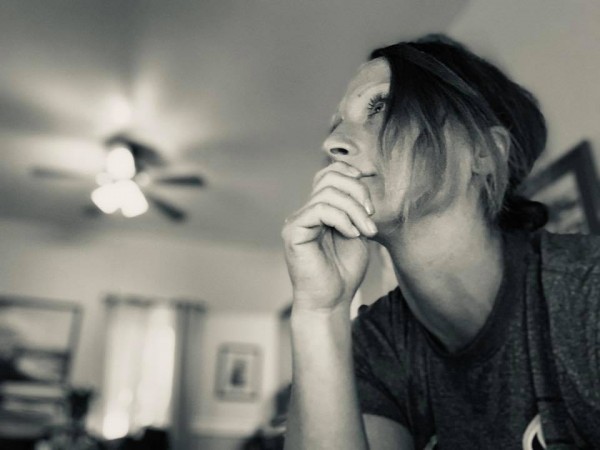 Somewhere in the world,

an exhausted mother is rising from her bed;

an overly-worked mother is sleeping through her alarms and will be late;

a mother is waking up on time, but will still be delayed, because, well, kids;

a mother is sipping her hot coffee in quiet;

a mother is forgetting about her coffee as she tends to the morning needs of children;

a mother is on her knees, thanking the high heavens for drive-thru coffee shops on every corner;

a mother's child is being fed pancakes made from scratch;

a mother is allowing her child to help cook a full plate of healthy breakfast options (and both are having fun);

a mother is saying "yes" to a cake pop, dino nuggets or Cheez-its for their child's morning meal;

a mother is cleaning up breakfast plates and the crumbs that now coat the floor;

a mother is walking her child to the bus stop;

a mother is driving her child to school;

a mother's home is her child's school;

a mother is crying at drop-off;

a mother is relishing the idea of having 4-6 hours to herself;

a mother is wishing for just one more noise-filled ride to campus;

a mother is rushing her arse to the office;

a mother is thinking that she's "less than" because she doesn't have one to go to;

a mother is assuming that she's screwing up her kids by going to work;

a mother is convinced that she's wasting her life and education by not working outside of the home;

a mother is making and taking time for herself;

a mother is silently begging and pleading for more self-care and tending to;

a mother is feeling "balanced;"

a mother is feeling completely overwhelmed and off-kilter;

a mother is advocating for her child;

a mother is teaching her child to advocate for himself;

a mother is worrying;

a mother is getting laundry done -- like a boss;

a mother is (very contently) sitting on her biscuit, fully aware that she could (and maybe should) be folding that now dried laundry load, but isn't;

a mother is grieving a once filled laundry basket and overflowing laundry room;

a mother is driving her kids all over Timbuktu to their activities;

a mother -- who believes in a less-structured day for a child -- has no set plans for the afternoon;

a mother is making and taking time to shower daily and bathe those love nuggets;

a mother is rocking her stank and letting her kids bathe in mud, dirt, and adventure 'cause she feels that is more critical than staying clean;

a mother is having "that talk;”

a mother is avoiding that talk for as long as possible;

a mother is helping with homework;

a mother is outsourcing that homework help;

a mother is making fancy dinners and having everyone sit around the dining table;

a mother is grabbing some on-the-go fast-food and paper-plating it up;

a mother is dropping her child off at college;

a mother is arguing with her child about universities;

a mother is preaching the value of traveling over an immediate transition to further education;

a mother is excited to take her own butt back to school to pursue a passion she once let die;

a mother is at her daughter's wedding;

a mother is watching her son become a father for the first, second or third time;

a mother is wondering if she's doing it all okay;

a mother is wondering if she's getting any of it "right;"

a mother is questioning if others are doing it better;

a mother is preaching that all of us, parents, are pretty darn awesome.

all that they have got.

Somewhere in the world is a hard-working mama.

Let that mother know that you see her.

Let that mother know that she's doing a great job.

You are that mother.

I am that mother.

who are more than getting by,

and it's all thanks to the support of other mothers,

on their unique parenting journey,

who genuinely recognize and fully appreciate the valuable lessons found in everyone's.

Motherhood Summarized in Four Picture Books
The real beauty of motherhood lies in the details.
What I'd Really Like For Mother's Day Is For Every Mom's Arms To Be Full
advertisement

Motherhood Summarized in Four Picture Books
The real beauty of motherhood lies in the details.
What I'd Really Like For Mother's Day Is For Every Mom's Arms To Be Full