Sometimes I scratch my head wondering what happened to that mother I was five years ago.

The mother who was never going to let her kids have soda or eat Doritos.

They were going to have organic everything and never know what it was to eat a Cheeto.

They were only going to watch one hour of television a day and not be consumed with video games or electronics.

They were going to have nightly baths and be in bed by eight.

I wonder what that mother of five years ago would think of me now. 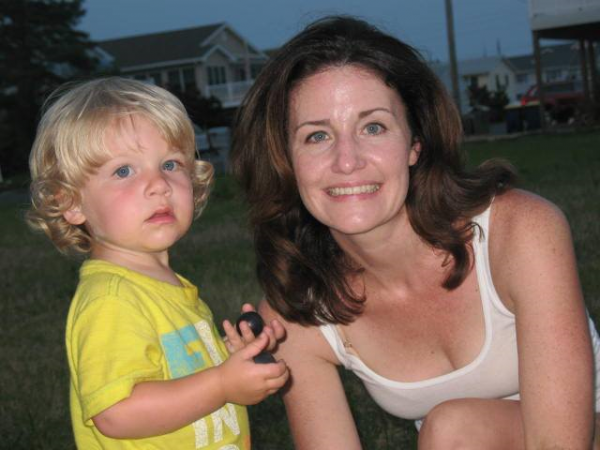 The one who has let her kids eat Cheez-its for breakfast and considers donuts breakfast foods.

The one who still buys a lot of organic stuff, but whose kids favorite chips are Cheetos and she buys those, too.

The one who has the t.v. turned on all day whether anyone is actually watching it or not and has to set guidelines for all their electronics because they are consumed by them if I don’t.

The one who sets the Halloween candy in the middle of the table and let’s everyone go at it for three days until it’s all gone.

Bed by eight? Sometimes. A lot of times not.

Soda? My four-year-old drinks Coca-Cola out of her tiny little princess cup at dinner. Does that even really count?

(As I’m typing this I hear someone hammering in the basement and I’m certain of three things: my seven-year-old has gotten his dad’s hammer out, he’s trying to hammer a nail into wood pieces that he’s found from his dad’s scrap wood pile, and I won’t be stopping him.)

At first, I thought, “somewhere along the line she let her standards down.”

Somewhere along the line she figured out what’s important to her.

I still know a mom who has three kids and has stuck stringently to her guns about all the things, like sweets and routines and rules she had originally started with. And that’s great! She’s found out what’s really important to her.

But, I dropped many of those things after child two came along and so I guess they weren’t that important to me, and guess what…

I don’t judge her for telling her kid they can only have one cookie and I hope she doesn’t judge me for letting them eat the whole bag.

Motherhood changes you. It even changes the mother you thought you were going to be. We learn to let go of some things because we learn our grip isn't as tight as we had thought. We learn some things aren't as big a deal to us as we had first thought. It's all a part of learning what you really care about as a mother and what you don't.

said yes more than no…

and still stand strong with the things that are important to me.

And I think we’re all better for it.

Parenting goal: Helping kids to be self-sufficient when there is no signal
7 Ways to Support a New Mother
What Taking Care of My Aging Mom Taught Me
advertisement

Parenting goal: Helping kids to be self-sufficient when there is no signal
7 Ways to Support a New Mother
What Taking Care of My Aging Mom Taught Me