Social Media and Your In-laws

Published by Deanna Brann on November 7, 2016

Social media has become the “go-to” place for sharing what is going on in our lives, whether that is our day-to-day experiences, special moments, pictures, feelings, or anything else we want others to know. Face Book and texting (among others) have also become the way many choose to specifically connect or communicate with others—sometimes it’s the only way they will do so.

As we look at this trend, it is becoming more prevalent with each new “generational” user of cell phones, tablets, and so on. Depending on which media you use the rationale is: it is fast; one does not have to stop what he or she is doing to talk with others; it’s easy; one can share information to a large group of people all at once, instead of individually; it allows you to avoid actually talking to a specific person if you don’t want; you can communicate at your convenience, and the list goes on.

As great as this new technology can be, there are things to think about when you use it as the way you interact with your friends and family, and particularly when your in-laws are part of your “network.” As convenient as these methods are, they lack emotional connection. You cannot feel the impact your words have on others nor have them experience the emotional impact they may have had on you with what they said; you cannot “read” the other person based on what they wrote on Face Book or in their text. Worse yet, you may misread the intent behind what they have written. In other words, you are completely removing the human element between you and others

When you only connect with loved ones through social media you open the door for misperceptions and miscommunication. Let me give you 2 recent scenarios:

Donna and her daughter-in-law Beth have somewhat of a tense relationship. They have had some “situations” come up between them, and yet they have not directly spoken with each other so as to resolve them. On the outside they appear to get along, but this tension seems to lie just below the surface. Donna feels it; she doesn’t know if Beth feels it as well.

Donna tries reaching out; first through phone calls, but with no response. This goes on for months, with Donna calling and leaving messages, but getting nothing from her daughter-in-law. She becomes a bit frantic, as she doesn’t know what to do to connect with her. She finally reaches out to her son in hopes that he can shed some light on things. “Mom, Beth would prefer you text her. She’s really busy and finds talking on the phone too confining.”

Donna doesn’t understand how she and Beth can have a relationship, or better yet how they can get to a better place in their relationship through texting, but she is willing to try anything to make a connection with her daughter-in-law. She just wants them to have some kind of comfortable relationship. Frustrated that she can’t talk to Beth herself, Donna relinquishes. As upbeat as she can muster she says to her son, “OK then, I will text her.”

Donna waits a while so that she does not appear too pushy or overbearing (as these are words Beth has used to describe her at times). She then sends Beth a text message. She gets no response.

How should Donna interpret Beth’s lack of responsiveness? Is Beth using this method of interaction—texting—as a way to avoid having to deal with the issues she has with her mother-in-law? Is she truly so busy that she is unable to make the time to respond? How does Donna know the intent behind Beth’s lack of responsiveness? Can either one of these women change (and make better) their relationship if there is no avenue open for talking to one another?

Or, how about Rachel who posts a statement on Face Book about going out to dinner with a friend right after her in-laws leave, stating it is a much-needed night out. Her mother-in-law sees the comment and posts a remark about Rachel’s much needed night out. When she doesn’t hear a joking commentary from Rachel, her mother-in-law begins to fret, almost to the point of panic. She fears she has offended Rachel and doesn’t know what to do. Eventually Rachel touches base with her mother-in-law, completely unaware that she has been literally wringing her hands with worry. Her mother-in-law goes into a lengthy apology about her post on Rachel’s Face Book page, after which Rachel laughs and says, “Your comment didn’t bother me in the least. I’m sure you know by now if it had, I would have said something right away to you.”

In both of these situations one of the people involved is feeling anxious about what to do next. It places the relationship in such a precarious situation. This less-than-personal way of interacting leaves the door wide open for so much miscommunication and misperception. These interactions, and thus the relationship itself, can easily get out of hand and spiral into a black hole of negativity.

Many of you may say, “My friends and family know me. They know when I am kidding around, teasing, or just needing to vent. They don’t take things personally. I wish my in-laws weren’t so sensitive.” I’m sure this is true, however most likely a huge difference between your friends or family and your in-laws is that they have a history with you.

In-laws, on the other hand, are not privy to all your nuances and “inside” ways of communicating—at least not yet; not until you’ve built a more intimate and personal relationship with them. To do this, however, you need to create face-to-face time with them that allows you to learn who they are while they learn about you. Just like you’ve done with your friends and family you need to work through whatever issues you have with your in-laws (and they with you) so that you can create that solid foundation of which all relationship are based. Just saying! 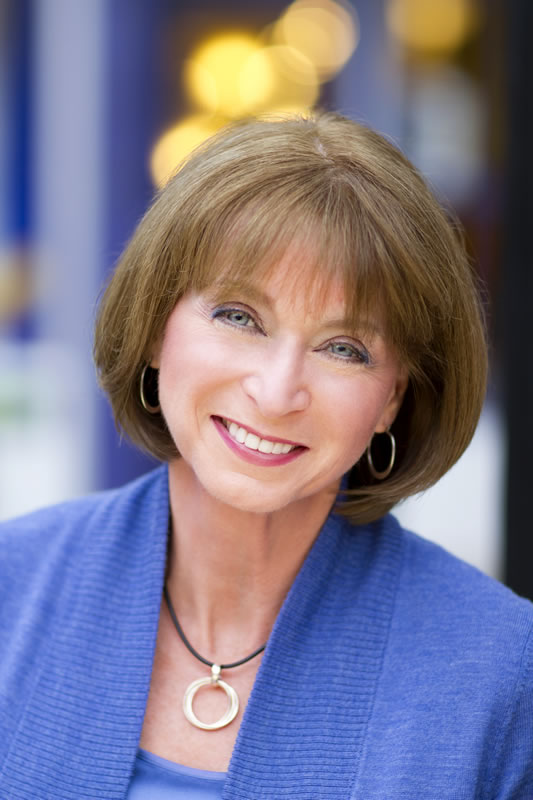 Let's Be Better Parents, and Stop Texting and Driving
Two Sisters, One Transplant, All Love
Navigating the Rapids of a Mother-in-Law Relationship
advertisement

Let's Be Better Parents, and Stop Texting and Driving
Two Sisters, One Transplant, All Love
Navigating the Rapids of a Mother-in-Law Relationship