Restoration and repairs: My dad taught me how to recover from a crash 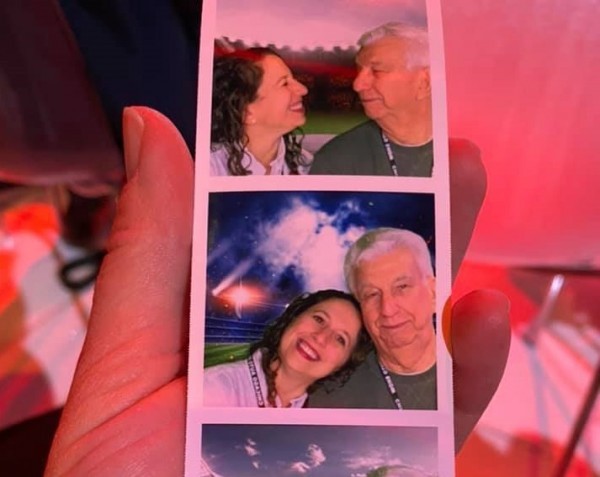 My dad was 16 when he lost his right arm in a car crash.

He was hitchhiking home from town when a friend passed by and picked him up, saving him miles of walking the dusty rural roads of northern New Jersey. The car ride turned into a joy ride and then a chase complete with flashing lights.

The driver lost control at the police barricade, hitting one utility pole and then another, steel screeching as the car crumpled. My father was thrown from the vehicle like a rag doll, his body slashing through the dark backdrop of the night. Ironically, it was 1959: the year Volvo introduced the three-point seat belt.

The only photo I have seen of my dad at that time shows him bandaged up in the hospital bed with a stuffed animal by his side. In shades of gray, he’s smiling at the camera, a genuine grin with no hint of surrender. If I had to guess, I’d say he was probably thinking about the next time he was going to get behind the wheel, because even that horrific experience didn’t blunt his love for anything with a motor. 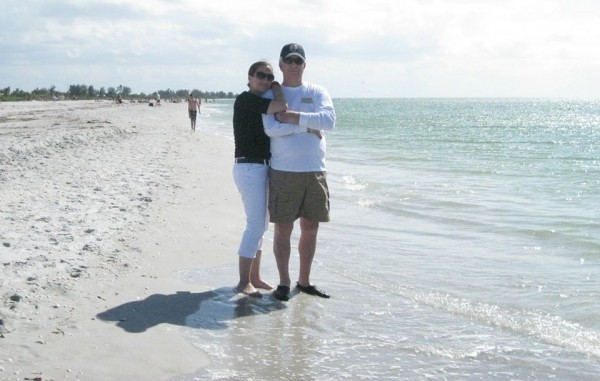 I learned how to love cars the way my dad did, finding connection in the shared appreciation for a ’63 split-window Corvette or a ’51 Nash Statesman. Back then, my dad liked to do three things: bowl, smoke, and go to car shows. I learned how to research and study the cars Dad loved, too.

My favorites emerged, over time; I liked to dream of owning a mint-condition 1956 Crown Victoria with a bubble top. Only 603 were made that year and the thought of finding such a rare gem and having enough money to buy it is a fairy tale I still tell myself. My prince was not a real boy in those days when I accompanied my parents to car shows; it was a sleek steel body and the glass slipper, the keys.

Perhaps it was poetic irony, then, that the first prince I fell for trashed his car in a wreck and commandeered mine for two years. I had a white 1989 Toyota Camry, the first vehicle I had ever purchased on my own. I found that the car was more reliable than the boyfriend, overall.

By the time I reached the predictable ending of that relationship, I was a Pinto, facing imminent explosion. After a tumultuous decade together, my then-husband decided that he didn’t want to be married to me any longer. 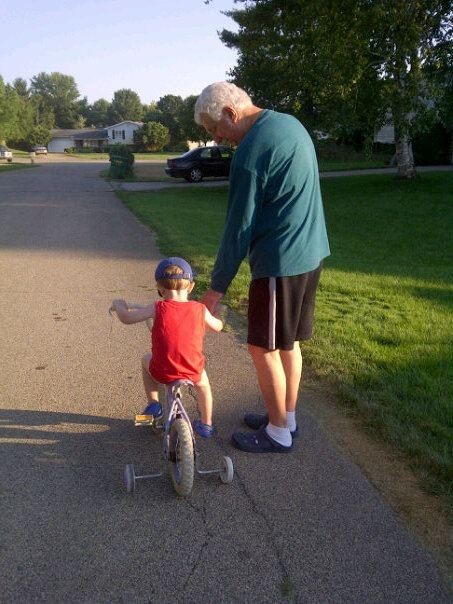 At the moment of impact, it was the slow-motion crash I had seen coming and had refused to acknowledge out of fear, stubbornness, pride, and humiliation. I considered replacement parts and aftermarket enhancements, but in the end those were all just distractions from what I had in front of me.

Facing five figures of debt after a run of charges on my credit card for cruises, dinners, and events purchased with the goal of buying a happy life, the repo man was knocking at my door in more ways than one. It was time to trade everything in, refinance my credit cards, and rebuild.

That life was totaled.

I had sustained substantial emotional damage in the midst of my separation and divorce process, but I had two people I knew I could count on for restoration: my parents.

Picking up the phone, I called my dad and he walked me through my financial worries one by one. When I asked him if I needed to declare bankruptcy, he gave me the truth: I could, and he would help me do it if I wanted to, but I needed to think about the long-term ramifications. He handed me the box of tools in various situations and let me figure out how to fix myself, knowing I could count on him. 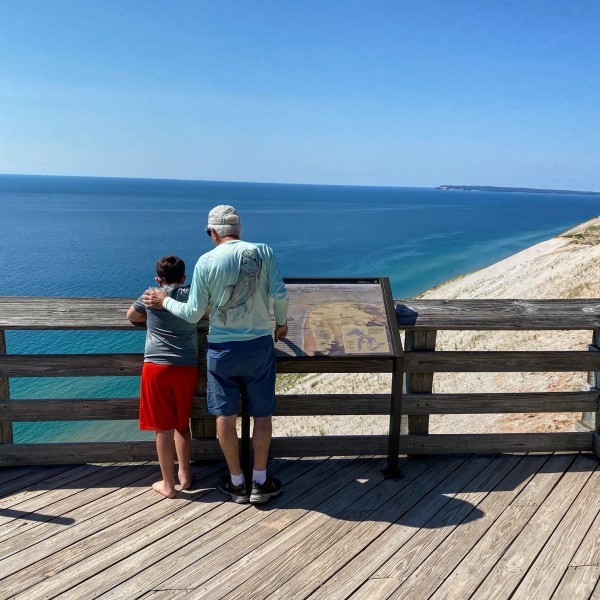 Dad is a man of few words, but his quiet attention to things like fixing my bicycle tire or picking up a pack of my favorite gum from the store told me how he felt. I didn’t always recognize that as his language; as an adult, I finally realized that the traditional three little words are not proof of love. In fact, they’re an adornment; the fancy hood ornament, if you will. If a hood ornament is broken off, it doesn’t affect the way the car works. It only changes the way it looks from the outside.

My parents are in their 70s now, and we still talk about cars. A lot, in fact. I can hear the pride in my dad’s voice when I tell him about the press cars I’m driving and we compare notes on our pros and cons list. For the past two years, Dad has met me at the Chicago Auto Show and it’s the apex of my year to show him around behind the scenes on media day to introduce him to my world in automotive journalism. After all, it’s the world to which he opened the door. 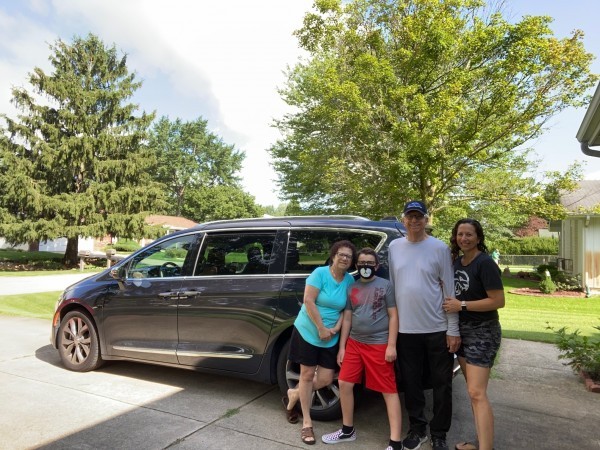 Just the other day, I passed a 1952 Buick Riviera Super 8 parked in front of a shop in tiny downtown Brady, Texas. No one was around on that Sunday, so I pulled up and parked next to it. Like Doc in the animated movie “Cars”, the vintage sedan looked a little tired and beaten but stately and wise.

Circling it slowly, I inhaled the nostalgia and wished I could drive it away. In my daydreams, I convinced myself that I could learn how to fix it up and give it enough care to restore it to its original elegance. I knew from experience that rebuilds were not only possible but glorious.

Dad gave me my appreciation for vintage automobiles the way some generations pass down heirlooms of jewelry and gold bars. I still find splendor in an abandoned car with weeds growing through the floorboards next to a run-down barn.

I know what it’s like to be broken and to be restored again, and I see what could be through my dad's eyes. 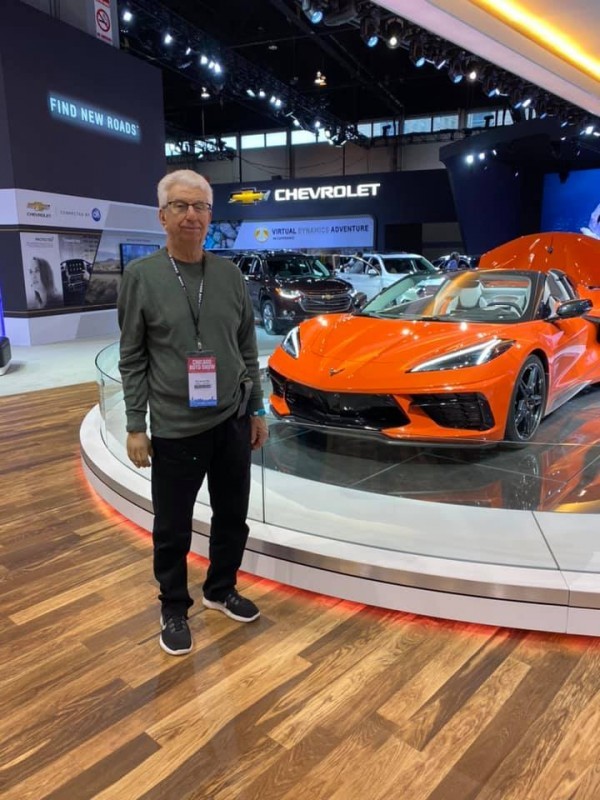