Raising Boys to Be Great Dads 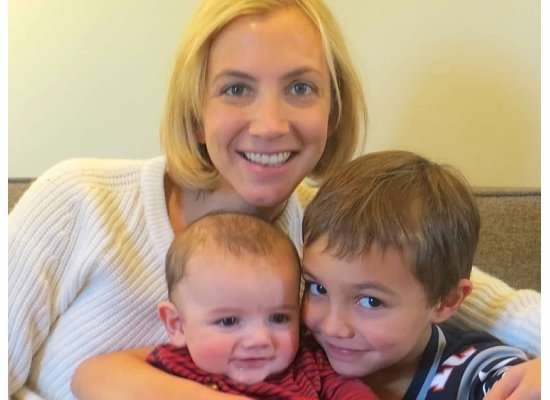 This is what my then-5-year old son said last year when his teacher asked what he wanted to be when he grew up.

He even drew almost illegible pictures of both “professions.”

But what does it mean to be a Dad? Most anyone can father a child, but being a great dad can be just as much work as playing for the Stanley Cup. My husband and I have three kids: two boys and a girl. And we constantly tell them that our tough decisions – the ones that make them cry, apologize to others, work hard and go out of their comfort zones – are us doing our jobs to raise good people. But a good father? A good mother? Parenthood is an entirely different role. It’s a profession we start the second the baby is put in our arms, and learn on the go, putting out one fire after another.

I’m a mom of two boys. Delicious, adorable, tiny people who will one day be someone’s best friend, employee, partner and potentially -- father. And that means more than just being a good person. It’s bigger than that. This is truly a profession, and our job as parents will be to get them ready for this role of a lifetime. Here are some things I think we can do:

Let’s face it; our kids will always try to do a better job than we did. And that’s okay. But when we’re raising them, we need to remember that our actions and lessons are not only creating the next generation of husbands, friends and employees – but fathers. And that’s no job for the weary.

So in honor of Father’s Day, we should stop for a second and not only applaud today’s dads – but the generation who raised them.Happy Father’s Day to all the great dads out there – and NHL hockey players.

Katie Bugbee, Parenting Expert and Senior Managing Editor at Care.com, focuses on providing supportive content for parents. As a mom of three children, Katie connects to these topics and works diligently to provide the best advice and resources.

The role of the father in the education of boys
“STOP TELLIN YOUR KIDS THEY SPECIAL!!”
How to stop the generational DRAMA
advertisement

The role of the father in the education of boys
“STOP TELLIN YOUR KIDS THEY SPECIAL!!”
How to stop the generational DRAMA