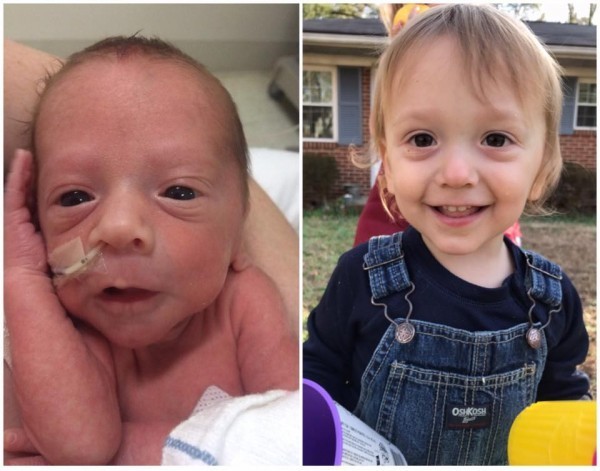 I can be annoyingly productive in the first few weeks of spring, as months of hibernation turn into an overwhelming need to do all the things. One of the first ways I know spring has truly arrived is when my mental gears start turning to plan my daughter’s birthday party. In 2015, for her fifth birthday, she chose Honey I Shrunk the Kids as a theme, which I took as a testament to my amazing parenting. Obviously.

I Pinterested the heck out of that party, and waddled my way around the yard while my husband and neighbors eyed me nervously. Evidently pregnant women shouldn’t climb ladders, or carry folding tables down a flight of stairs. Whatever. The party was great, and the sugar-laden children buzzed home. I was 28 weeks pregnant and feeling good.

Then I went to the bathroom.

“You need to call the midwife.”

I was holding onto the thread of an idea that maybe it wasn’t a big deal. I had just overdone it with the whole supermom thing. Right? I thought we’d be at the ER for a few hours at most. Those hours turned into four days, followed by a return to the hospital two days later as the partial abruption gave way to steadily rising blood pressure and it became clear that I wasn’t going home before the baby arrived. I had come face to face with severe preeclampsia.

By the time I was 31 weeks pregnant I could see the subtle changes in the way the doctors framed our choices. This baby needed to be born, because we both needed to live. Living was not something I took for granted, having recently lost a friend to complications of preeclampsia. As I lay in the same hospital I thought of her, and counted my blessings. 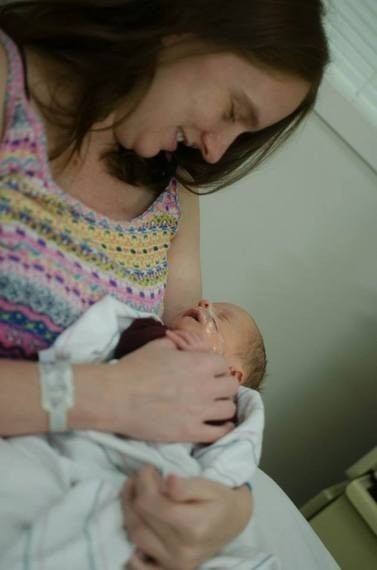 And then he was here, weighing three pounds and breathing on his own. I spent the next six weeks moving on an overclocked autopilot, thinking I just had to get through the hospital stay. I could do that.

He came home and it all got harder instead of easier. I was terrified that I would die, and my unrelenting high blood pressure did nothing to reassure me. I felt like I had failed my son. I felt guilty for my emotions when I knew how much worse it could have been. I was angry that other people were having fun while I was having the worst months of my life. Pictures of vacations, happy babies and pregnant women punched me in the stomach and left me gasping for breath. Eventually I ran out of tears and just stopped crying entirely. All those feelings spiraled around and left me at the edge of panic.

My stomach tied itself in knots as my eyes burned with tears that wouldn’t come. I was a restless animal cornered, pacing, desperate for a safe way out. My skin buzzed with energy and a mental migraine that left me wanting to crawl outside myself to escape. I could forget this feeling for moments — minutes at best — but then it would wind its way back into my attention. It would feed itself, coiling around and squeezing harder as I began to understand that it would never let go — that something had broken inside me.

I struggled to find a foothold on crumbling rocks, finding only fear in their place. Fear that people wouldn’t understand, would think I was exaggerating. Fear that by feeling broken I was broken. My brain ate at itself, chased its tail, raced and circled and struggled to free itself from... itself.

I needed sleep, but the pint-sized tornado in my head wouldn’t relent.

I dreamed about the hospital. Dreams of babies dying. Dreams of fear that my baby was next. Images of grim nurses pushing impossibly tiny cribs covered with blankets turned to shrouds. In my dreams I was helpless. I woke up shaking, dreams and memory blurred.

We may have been safe, but we were not unscathed. I felt the potential catastrophes around each corner. And in the shadows lurked the great What Ifs. The Could Have Beens packed themselves into each crack of my surface. Only luck stood between me and the endings that weren’t.

But what if they were waiting? Biding their time. What if the next shoe stood poised overhead waiting for a momentary lapse of my attention?

My muscles tensed, my breath felt tight. A misfit toy soldier wound and ready for action. Fear, anger, sorrow, grief, disappointment: all these guests to a dinner party I didn’t plan, and I was the main course.

I lay in the tub and stared at the ceiling. The storm at my center had an eye, and I was in it. I lay still as the spray hit my legs and misted my face. But there was no lasting peace. The storm still raged. I considered again that I might be in this place forever, the pressure valve stuck. The air swirled as the calm left and panic set in. I cannot. I cannot. Anything would feel better. Anything would be better. I considered that this is why people hurt themselves. They are trapped. The pain is too intense. I had no interest in dying, I just wanted to stop existing for a little while.

There was no light switch moment when everything was fixed, and I spent a lot of time ranting and panicking to my friends and therapist about how unfair it all was. Parts of what I have written are pulled directly from my emails to them, to which they responded with patience and gentle reminders that it would get better.

At the time that reassurance made me angry; “later” was too long — but, of course they were right. There were days when I locked myself in my office and struggled to breathe. The ascent was one foot in front of the other as time passed and life moved on. Slowly everything crawled back to our quirky version of normal, and as we approach my son’s first birthday there is plenty of time to reflect on the fear and sorrow of a pregnancy cut short, and a life begun too early.

The mixture has changed in the course of the last two years, the proportions of gratitude, anger, and fear have all sifted together to form one colorful mix of emotions. Feelings diluted with the gratefulness that I was scared I would never find. 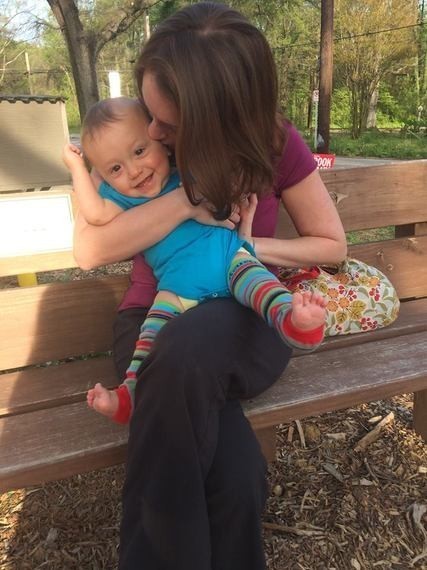 ***
Rhiannon Giles is an overwhelmed mother who only occasionally considers giving her children to the circus. She has a sarcasm problem and writes regularly at rhiyaya.com. To keep up with new posts and see some of her favorites, join her on Facebook and Twitter.

​The Importance of Feeding Rowan
To The Mom With Preeclampsia: It Is Scary, But It's Going To Be OK
Too Little Too Soon
advertisement

​The Importance of Feeding Rowan
To The Mom With Preeclampsia: It Is Scary, But It's Going To Be OK
Too Little Too Soon