Please don't brush a fellow mom off, she needs you more than ever.

Published by Danielle Sherman-Lazar on April 26, 2020 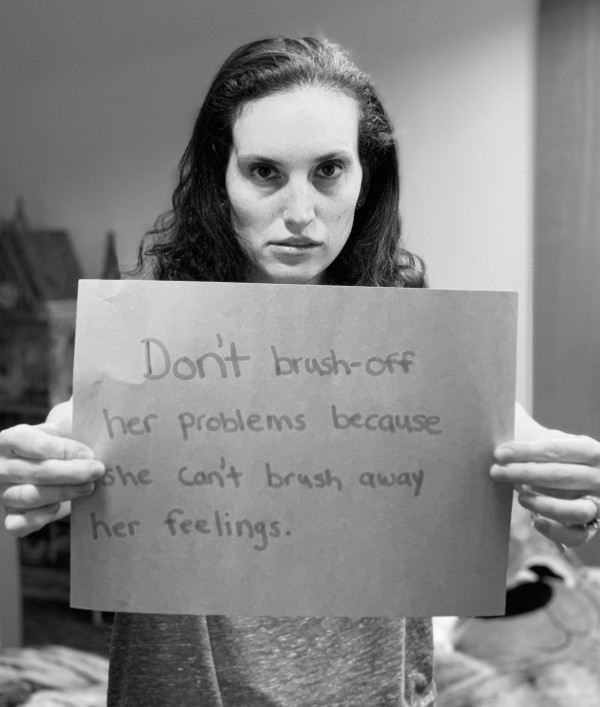 If we could brush away problems, imagine how neat life would be? No more messy and bad days. Sweep, and poof, the sun’s shining and the day’s good. Unfortunately, that’s not reality.

So, when a fellow mom’s struggling with something, it doesn’t help when you brush it off as no big deal.

Because she can’t sweep away her feelings about what she’s going through as easily as you did when you belittled them.

Let’s say she’s in the trenches of potty-training, and really feeling it hard. She researched the best methods and experiences for months before she started. But she’s been at it for four days, and her son’s not getting it and thinks it’s hysterical when he pees on himself and the wall.

As she’s venting you say,

“Well, he won’t go down the aisle in diapers.”

And that brush-off isn’t going to help the problem she’s struggling with today.

Let’s say she’s trying to break her child of the pacifier, but it’s been so hard and unsuccessful. It’s been months of endless fighting, crying, and meltdowns. Now that her family’s stuck at home all day long, her child wants it even more.

As she’s venting you say,

“Well, she won’t go to college with her WubbaNub.” Actually, that mama thinks she may.

And that brush-off isn’t going to help the problem she’s struggling with today.

Instead of brushing-off another mom’s problems, empathize with her.

We’ve all been through these milestones and know how hard they can be without a pandemic.

With one, everything feels near impossible.

Give her an ear to listen and a virtual hug.

Give her supportive tips if you’ve been through it.

Because this is only one of her issues, I can assure you.

She has a whole slew of other deeper things going on.

Because we all do.

This is just the cherry on the pandemic sundae of frustrating, disappointing, and annoying things that life has thrown her way.

So, she’s understandably on edge.

She’s trying to keep it together.

So please, don’t brush her off.

She needs you more than ever.

Us moms need each other.

Us moms need to show each other empathy in the face of hard school decisions
You don't have to go through anything alone, EVER
Pandemic Traveling with Toddlers
advertisement

Us moms need to show each other empathy in the face of hard school decisions
You don't have to go through anything alone, EVER
Pandemic Traveling with Toddlers