The parenting seeds we plant will bloom. Hopefully the good will outweigh the not-so-good 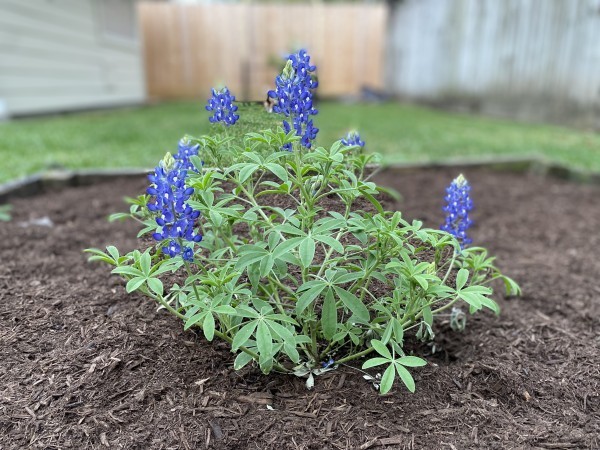 In my backyard, there is a 3-by-3-foot square of dirt with four bordering wooden planks that serve as a reminder of the playscape that used to be there. For the first 10 years in our house, the kids and their friends would spend hours in the backyard, swinging and sliding and playing in the small fort.

In the summer, they would put a water hose on the slide and go flying down to the mud and grass below. In the winters, they would swing and play for hours. The playscape aged with the children, and with time, it became a safety hazard.

The screws fell off of the ladder. The slide became unstable. The swings were hanging by a rusty nail that threatened to toss them to the ground. With time, the kids began to sit on the deck and read, or listen to music, or play ping-pong instead.

After we had the playscape removed, all that remained were the four wooden planks and the dirt that had been the sandbox.

Last year, my mom brought me back some bluebonnet seeds from her trip to the Texas hill country. In late fall, I spread them out in the dirt of the retired sandbox. Then winter came, and I forgot that I had planted those bluebonnet seeds.

Within the last month, however, a single bluebonnet flower popped up in the middle of the square. The dirt was hard and did not seem conducive to nurturing flowers, but there it was, a single bluebonnet reaching for the sunshine. I pulled the weeds out of the surrounding area, hoping it would survive.

As I thought about the dirt and the seeds and the memories of the playscape, it got me thinking about the parenting seeds we plant on our journeys: the ones that grow, and the ones that don’t grow. Why did only one out of 100 seeds grow? Why did 99 not grow?

Out of 100 seats that I placed on that dirt, only one grew into a flower. Since that time, the single bluebonnet flower has spread, and I am curious to see how many we will eventually have.

That’s much like parenting, isn’t it? When our kids are young, we plant seeds and see which one will take root and grow. In our family, we planted multiple sports seeds — soccer, baseball, swim, volleyball, flag football, track, lacrosse, and dance. And activity seeds — choir, piano, jazz band, guitar, and art.

With my kids, some of the seeds did not come to fruition. But for each child, two or three did take hold, and my children have nourished those activities as they’ve gotten older. Some of the activity and sports seeds bloomed.

We planted seeds of education, curiosity, and critical thinking. Some seeds became not-perfect test grades or despised subject matter, and those died in the dirt. But other seeds held subject matter that made them want to learn more. Teachers helped us water the seeds of knowledge. As the kids get older, the subjects they want to learn about become more clear.