Perfectly Normal to be Different

I knew something was wrong the moment he was born. His cry was weak. He had a strange spot on the back of his head, and birth markings ran down his spine like a symmetrical inkblot. As the hours wore on, I became increasingly concerned. He kept choking on amniotic fluid and wouldn’t nurse. I did have a slow-to-eat preemie three years earlier, so I knew I needed to be patient with his ability to eat. But my husband who has a medical background, kept asking me if his cry sounded like a cat?

A cat? I just gave birth to a baby, not a cat! I knew the medical wheels were turning in his head, and though I did wonder the underlying significance of his question, my hormones took over and I snapped, “I don’t know! I’ve never owned a cat!”

But intuitively, I also knew something was very wrong.

That same night I looked over to his crib and realized he was blue. My husband simultaneously suctioned him and pulled the call button. Up he went to the NICU. And out went my plan for the perfect photograph of me with my whole family in my hospital bed. I was all alone waiting for news of my baby.

Over the next several days we began to learn about several medical abnormalities affecting our son’s brain, spine, heart, and kidneys. The syndrome that we suspected meant that Nathan would be severely developmentally delayed.

We waited for two weeks in what felt like purgatory to receive word on his blood work. This was supposed to be one of the happiest, picture perfect moments of my life. Instead I fought desperately to not give into despair. The only moments when I remember having peace were when I held my baby.

Finally we met with a geneticist for test results. Her first words were, “Congratulations Dad. Your diagnosis was correct. Your son has Cri du chat syndrome.” Cri du chat is french for “cry of the cat,” which is why my husband kept asking me about his cry. It hardly felt like congratulations however, because she went on to say, “He may never walk or talk. You’ll likely be living with an adult child unless you decide to put him in a group home.”

That, was the single worst day of my life. No one, when you’re a little girl, dreams of growing up and having a child in a wheelchair or unable to communicate. This was not my plan for the “perfectly normal” family I was envisioning.

A few days went by and I started to rally. In some ways knowing what we were up against made me feel like I could jump in, take charge, and figure this child out. Sure he was going to have some disabilities and medical issues but I was starting to muster up the raw courage to make a plan to carry on with our lives. Because that’s what I do.

Shortly after, I discovered that I could not do this on raw courage alone. Nathan completely stopped breathing for several minutes. “He’s not good,” my husband said as he explained how the respiratory team had to run code on him and it took about thirty minutes for him to regain his color.

The next day Nathan was transferred to the local children’s hospital. That wasn’t the last time he had to be resuscitated. It happened two other times. As the medical staff were rushing around my baby and pushing me out-of-the-way, I sensed God asking me, encouraging me, to surrender control of my child’s life. Me surrendering, meant accepting his either his death, or his life.

I couldn’t control whether or not he would live past the first year. Or, if he were to outlive me, who would take care of him?

Nathan did eventually make his way outside of the walls of the hospital and home into our arms. Now that he’s home, surrender has become a way of life in everyday things. Daily I must advocate for therapies and medical interventions, while surrendering my desire to control the outcomes of my child’s development.

And that’s the hardest part. The unknowns. Because I don’t get to make up my own “perfectly normal” plan for Nathan.

He is able to crawl, and walk, with the help of a walker.

He can eat about a tablespoon of pureed food by mouth at any given mealtime.

Aside from these outward things. He is incredibly sweet. He is the most patient and observant person I know. And through his sacrifice of not living a “perfectly normal” life, he teaches me to sacrifice for him.

This special son of mine has completely transformed my ability to love and has deepened my faith.

It’s no wonder that we named him Nathan, which means “gift from God.”

When you decide to become a mother, you cannot decide which child you will mother. And I cannot say I would have ever chosen this syndrome to entrap and confine my child’s body and mind. But I would have chosen the person he is, buried beneath all of his medical complications and special needs. I was looking for “perfectly normal” on the outside, but God is concerned with the inside. My heart. Our life is still beautiful and I do believe with all my heart that Nathan is a gift from God. 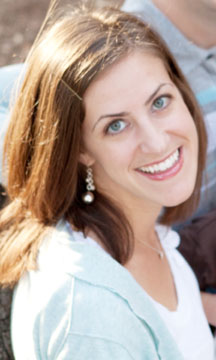 Kathy McClelland is the author of Beauty in Broken Dreams: A Hopeful Handbook for the Early Years as a Special Needs Parent. Her second son was born with a rare (1 in 50,000 births) chromosomal disorder which catapulted her into the world of special needs parenting. A former marketing manager, she now blogs at kathymcclelland.com about finding beauty and hope in the midst of broken dreams. She is also a regular contributor to PreemieBabies101.com and has published on TheMighty.com, EllenStumbo.com and Sparkhouse.org. She lives with her husband and sons in Austin, Texas.

Facing a Possible Birth Defect: My Story
The Terrible Twos: The Second Time Around
CONGRATULATIONS WELCOME TO THE WONDERFUL WORLD OF MOTHERHOOD!
advertisement

Facing a Possible Birth Defect: My Story
The Terrible Twos: The Second Time Around
CONGRATULATIONS WELCOME TO THE WONDERFUL WORLD OF MOTHERHOOD!