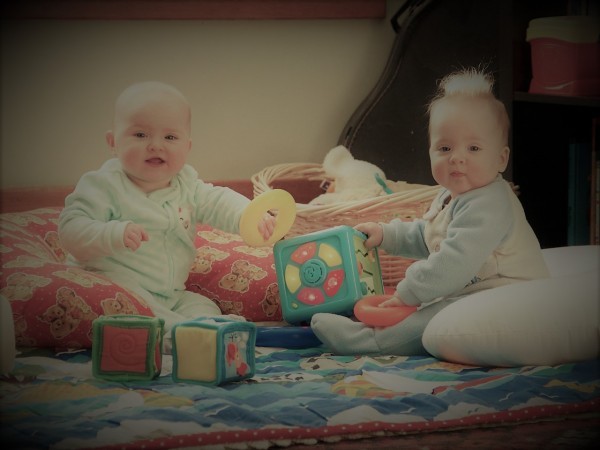 Baby formula has always been under great scrutiny since the fiasco that ensued in the last decade in China. In 2008, a leading baby formula manufacturer in the Asian superpower was reportedly selling baby formula and milk tainted with melamine. After a hefty investigation and thorough research, the company was found guilty and subsequently shut down. Although, this was the end of a giant corporation, the repercussions of this were felt around the country. Thousands of infants and children left diagnosed with kidney stones, and a vast majority suffered from lasting kidney damage.

In the West, the issues surrounding baby formula are of a different nature. Owing to legal regulations, twin births are treated as a single birth, with the rules even applying to the leaves a family receives. The interesting bit is that this does not apply to triplets and more infants since they receive allowances until they reach the age of 18.

Consequently, families of twins are forced to save money when it comes to baby formula. A company in Australia decided to stop offering a discount on formula. This prompted a mother of twins to create an online petition, which aims to gather more support for families that have twin children. Due to Australia’s acceptance of the WHO policy regarding breastfeeding, the local manufacturers have an agreement with exporters that is aimed at promoting breastfeeding and allowing the fair use of milk substitute products were needed by marketing channels.

The removal of the discount was prompted by complaints stating that the promotion of breast milk and baby formula cannot coexist. This resulted in the Department of Health removing the discount, making things difficult for parents who were reliant on them. This also gathered attention from the Multiple Births Association of Australia, which reported that the initial deadline of September 1 was extended to January 1, 2020. As for the petition, its objective of governmental recognition of twins as multiple births and association with formula discounts was also under fire. A statement from an organizational chairperson said that the discount has nothing to do with the government.

If the prices of baby formula weren’t enough, there have also been numerous complaints regarding their nutritional content. About a year ago, Danone came under scrutiny due to their reported changing of recipes. The backlash came because of parents reporting that their infants fell ill after consuming Aptamil baby milk formula made by the company. The company was fast in issuing an apology, but even the apology was not free from criticism. The backbone of these complaints was that any change in the formula should have been highlighted sufficiently. Danone replied that they had included leaflets in all packages of their products informing parents of the change, but even this wasn’t enough.

Some parents stated that any changes in the recipe should’ve been mentioned on the front of the box, instead of an enclosed leaflet. They argued that leaflets are often thrown out the moment they’re seen. A parent even reported that her twin children have downright refused to be fed and are disturbed as a result.

The concern behind this was further amplified as the product was stocked with changed packaging. Although, it isn’t uncommon for companies to give their packaging a refresh once in a while, its accompaniment with the recipe change demanded a severe response. Parents were advised to slowly change the proportion of the new formula with the older ones in bottles, but this instruction was not made clear. It resulted in a stream of parents reporting that their infants suffered from upset stomachs, vomiting and diarrhea consequently.

However, you need to understand that these cases above aren’t the only places where formulas are the culprit. Many parents, especially younger ones, aren’t aware of the appropriate way to feed their twin infants. This is also the case with some older parents, who might just show negligence and blame external factors. Therefore, the following factors must be taken into consideration before any decisions are made.

Are Baby Formulas Really A Good Alternative To Breast-Milk?

A vast majority of mothers are starting to rely heavily on breast-milk as opposed to natural breastfeeding. Although, it is justified in the case of mothers producing insufficient breast-milk, some mothers have shifted entirely to these substitutes as the primary way of nourishment. This is particularly seen in third world countries, where marketing of these substitutes, coupled with local issues such as unhygienic environments, leading to many infant deaths. There is also the problem with water supply, as poor mothers are often forced to use contaminated water for preparing baby food, aggravating the already present said issues.

In cases where mothers are unable to produce breast-milk, the formulas are often prescribed as supplements, especially in the case of twin and more children. However, the reliance on baby formula for even general nutrition is the culprit if these symptoms do not exist. It is necessary to look beyond the billboards and posters and decide what a mother truly needs for herself.

In case a mother has twins or multiple children to take care of, it might be a hassle to manage feeding, bathing and dressing children daily. Caught between continuous cycles of these tasks often results in feeding being overlooked. New mothers especially experience this, and that too if the guidance of an older, more experienced mother is missing. Unlike breast-milk, which is readily available from the source, baby formula requires preparation and needs to be fed properly.

There are instances where a mother may inadvertently feed one twin more than the other. Since twins are almost always placed right next to each other, it would be easy to get confused as to which twin is eating more. This can be solved by physically marking the twins and keeping separate labelled bottles so that you can gauge how much food each of them is eating. The feeding equipment must be sterilized after use by boiling it in water, and its best to feed babies separately. This is also true for three and more kids, as it allows you to pay better attention to each infant.

Instead of relying on the market to tell mothers what they need, it should be completely up to mothers to decide for themselves. There have been cases of mothers and pregnant women receiving samples of baby formula, which is against the code that states that manufacturers should have no contact with expecting or feeding mothers. For a brand to stick out internationally and make an impact, they must stay ahead of the competition. Taking a short trip to a grocery store is enough to see the wide variety of baby food. Therefore, it is a good thing to make sure that mothers are choosing for themselves and not falling victim to marketing tactics.

Author Bio: Natasha Reeves is an expert writer at the Dissertation Educators. She has been working as a writer for 5 years for this company. She provides dissertation help, editing, and proofreading.

Natasha Reeves is an expert writer at the Dissertation Educators. She has been working as a writer for 5 years for this company. She provides dissertation help, editing, and proofreading.

Newborn babies sleep and breastfeed timing
Worry about your baby health? Get the right baby formula
The Mommy Wars Gave Me Breastfeeding PTSD