Published by Elizabeth Knox on February 19, 2019

I saw a dad in my neighborhood out for a walk with his new baby. I had a few of my four young children with me, and it sparked the normal chit-chat: how old are they, which cross street do you live on, why is learning how to cohabitate with such tiny people so much harder than we thought it would be!?

I asked if he was out on parental leave and he shared that he had decided to quit his job. While both he and his partner had fast-paced, demanding jobs, his spouse had a more financially lucrative position and with the cost of childcare often costing more than college, they decided it just wasn’t worth it for him to continue working. Not to mention he wanted to spend some time with their new child!

When a talented employee becomes a new parent, too often they feel the need to “opt out” of their careers, at least for a time. Many of these men and women are in careers they love, have trained for and are good at, and given the opportunity, they would love to stay in them and balance work with family responsibilities.

Many companies respect the value both moms and dads bring to the workplace. But in an age when it should be easier than ever to stay engaged in the workforce while becoming a parent, all signs point to it getting harder.

If these parents were deciding to be home full time because they believed it was best for their families, great! But often, parents aren’t changing jobs or opting out because they necessarily want to. They find fulfillment in their careers and feel like they can make a difference, but leave because they are exhausted, burned out, and don’t have the flexibility and freedom to cultivate both career and family.

Many argue that parents “just can’t have it all,” and of course that’s true. But our workplaces and communities suffer when talented, hard-working employees are forced out of their jobs because the workplace can’t accommodate them working and parenting.

The opt-out phenomenon is especially true for moms. As few as just 11 percent of women who become mothers planned on pausing their careers, according to a survey of nearly 1,500 women, but as many as 72 percent actually had. They encountered challenges beyond their expectations that led them to feel forced out of the workplace, at least for a time, while they have children.

We need talented moms and dads in our workplaces. And their children need them too! But to accomplish both, we need to reimagine the workday.

The demands of our typical workday are relentless. And what’s worse, the daily work grind that starts the moment the alarm on our smartphone goes off and ends as we drift off to sleep with our laptops on our bed isn’t even effective.

Productivity per hour in the American workforce is lower than other countries that have shorter workweeks, and rising levels of burnout leave workers unproductive at best and unhealthy at worst. We understand that employers are wary of implementing workplace flexibility and family-friendly policies because they don’t want to look like they are giving employees who are parents “special favors.” But shorter workweeks, flexible schedules, mandatory vacation and family leave benefit all employees, not just parents.

Our current workday is a 100-year-old relic of the industrial economy when people worked in labor-intensive factory jobs. We now operate in the knowledge economy, where people largely use their brains and mental labor, which operate very differently from machines.

Studies show our concentration falters the longer we’re at work. Our brains get tired and our work becomes less effective. The typical workday is full of unnecessary meetings that don’t lead to real outcomes, just longer to-do lists and less time to check them off. And that damages not only the wellbeing of employees, but a company’s bottom line.

Ultimately, we need to stop pushing parents to “opt out” of the grueling, unnecessary, and ineffective always-on workday and instead engage these talented men and women in a workday structure that rewards output and performance, not long hours, and respects priorities outside of the workplace.

Parents are ready to reimagine the workday. It’s time for companies to join us. 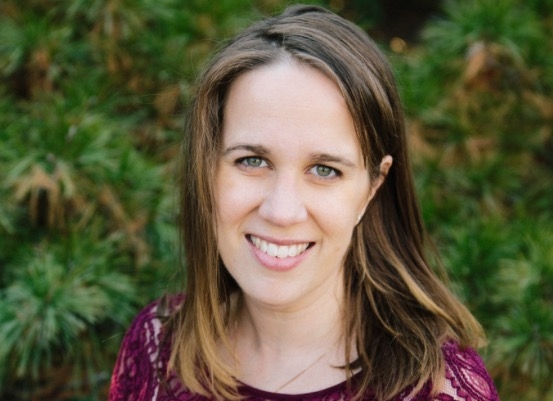 Elizabeth Knox is the founder of MatchPace, which helps companies and individuals optimize their workday so they can work hard and live well. As a mom of four young children, she is passionate about empowering parents to stay engaged in their careers and helping companies understand the value parents bring to their teams.

What’s Still to Change for Female Equality in 2018?
What I Hope Parents Take From 2020 Into The New Year
I Wish I Knew a lot of Things Before Bringing my Baby Son Home from the Hospital
advertisement

What’s Still to Change for Female Equality in 2018?
What I Hope Parents Take From 2020 Into The New Year
I Wish I Knew a lot of Things Before Bringing my Baby Son Home from the Hospital